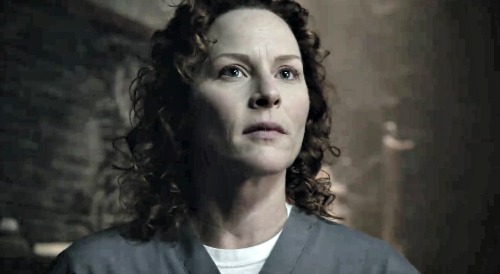 Tonight on MTV, TEEN WOLF airs with an all new Tuesday February 2 season 5 episode 15 called “Amplification,” we’ve got your recap down below! On tonight’s episode, Stiles (Dylan O’Brien) learns that Lydia (Holland Roden) is in imminent danger and develops a plan to break her out of Eichen House.

On the last episode, Scott tried to put his pack back together; and Malia and a new ally set out to rescue Deaton from the Desert Wolf. Did you watch the last episode? If you missed it, we have a full and detailed recap right here for you.

On tonight’s episode per the MTV synopsis “Stiles learns that Lydia is in imminent danger and develops a plan to break her out of Eichen House. Theo, however, has his own plans for her.”

Tonight’s episode is going to be really interesting. You’re not going to want to miss even a minute of this exciting season 5 episode 15! We will be live blogging TEEN WOLF on MTV beginning at 9 PM EST. How excited are you for the upcoming episode of Teen Wolf? Who’s your favorite character so far? What will happen next? Sound off in the comments down below and let us know!

Stiles, Sheriff S, and Scott are stalking the creature. They hear a loud roar. As they round the corner, a flaming body flies down the hallway and slams against the wall. It’s Parrish. He comes out of his Hellhound state; he looks to be all right. Scott notices bloody paw prints – giant ones – on the hallway floor. They eventually turn into human footprints. Sneakers.

Stiles and Scott chat with Dr. Deaton. He shows them photographs of Dr. Valack’s trepination experiments. Deaton tells them that the doctor experimented on supernaturals to increase their powers. Deaton says that by drilling holes into their heads, he would heighten their supernatural abilities. Deaton also says that if Lydia is subjected to Dr. V’s experiments, her leaking powers will be like drilling a hole in a nuclear reactor. She will hear every dying soul – and her dying scream, unable to be stopped, could possibly kill everyone around her.

Next, the team forms a plan to rescue Lydia. Stiles has a keycard that he stole, so they’ll use that to initiate their plans.

Meanwhile, Dr. Valack takes out his tools to begin the trepination procedure, which involves a rusty, metal helmet. A nurse stands alongside him. She asks if he ever actually uses that thing. He tells her that he hasn’t used it in a long time, and he forces it onto her head to make sure it still works. It does.

Kira practices her skills in the high school science lab. They’re relying on her to cause a “brown out” (vs. a blackout) with the power – to cause a distraction and bring down the various security measures.

Stiles asks Parrish to drive the van. He’s hesitant, at first, but he ultimately agrees to be their driver.

Kira manages to gain some control over her electricity – so hopefully she’ll be able to drain the electricity enough without causing a full on blackout. At the end of her practices, Malia and Kira rush out of the lab. Corey, hiding against the wall with his chameleon-like abilities, surfaces and grins.

At the school, Stiles and Scott walk through the library. They run into Theo. Theo tells Scott that they’re going to need his help to break Lydia out. They need the chimeras to get passed the mountain ash lining the perimeter of Eichen House.

Meanwhile, Sheriff S gives Lydia’s mom a file to, hopefully, expand her beliefs of the supernatural. She needs to accept what kind of town she lives in and what her daughter truly is. Sheriff S is tired of her ignorance.

The team preps Kira for her big electricity drainage – but she’s not feeling entirely confident.

That night, they put their plan into motion.

Kira and Malia sneak in with a visitors group.

Parrish drives up in the van and tells the guard that he has some bodies to deliver to the morgue. The guard asks to see the body bags in the back of the car. Parrish does as he’s told. Eventually, the con works and he gets past them.

In the morgue, Stiles, Scott, and Liam unzip their body bags and get out.

Everyone, in their respective places, starts counting down. Kira opens the electrical panel. Malia encourages. “You can do this,” she says. She takes a deep breath.

Kira goes to work on the wires.

Stiles and Scott and Liam make their way into the hallways. Two orderlies are standing by the door they need to pass through to get to Lydia. They hide behind a corner, but one of the patients starts talking to them, which sort of gives away their location.

Kira takes hold of the wires. But she says she doesn’t know what she’s doing – and doesn’t know if she’ll be able to do what needs to be done.

The orderlies leave without noticing Scott and the crew.

At the door they need to access, Stiles can’t find the card reader. They must’ve taken it out when the Dread Doctors invaded. Liam suggests they break it down. So they get to work.

Meanwhile, the chimeras show up at Eichen House.

Hayden guards Deuchalion. He tells her to unchain him and he’ll tell her a secret. He tells her a secret about the talons Theo wants to attach to his own claws. D says that the claws will kill him, as his body will reject the new pieces.

Scott and Liam try to break down the door but the mountain ash is proving to powerful for them. Liam tells Scott to hit him. Liam wants to get angry so he’ll get strong enough to knock down the door. They manage to do it.

Stiles rushes into find Lydia. She tells him that he has to go. If he stays, then he will die. Dr. V walks back into the room – and Stiles is gone.

He hides around a corner.

Theo and his crew bust into the foyer. They take out the front guard. Theo says, “We’re here for Lydia Martin.”

Malia and Kira rush out of the hospital.

Dr. V tells Lydia that he’s amplified her abilities – and it just might save the lives of her friends. She tells him that someone is coming – but it’s not Scott.

Theo walks in with his crew.

Meanwhile, Scott and Liam are engaging with some guards.

Theo faces off with Dr. V. The doc asks him what he wants with a banshee. Theo says he’s actually looking for a hell hound.

Parrish burns down the end of the gate. “Looks like you found one,” Dr. V says.

The guards start beating up on Scott and Liam.

Scott and Liam break through the guards. They overcome them.