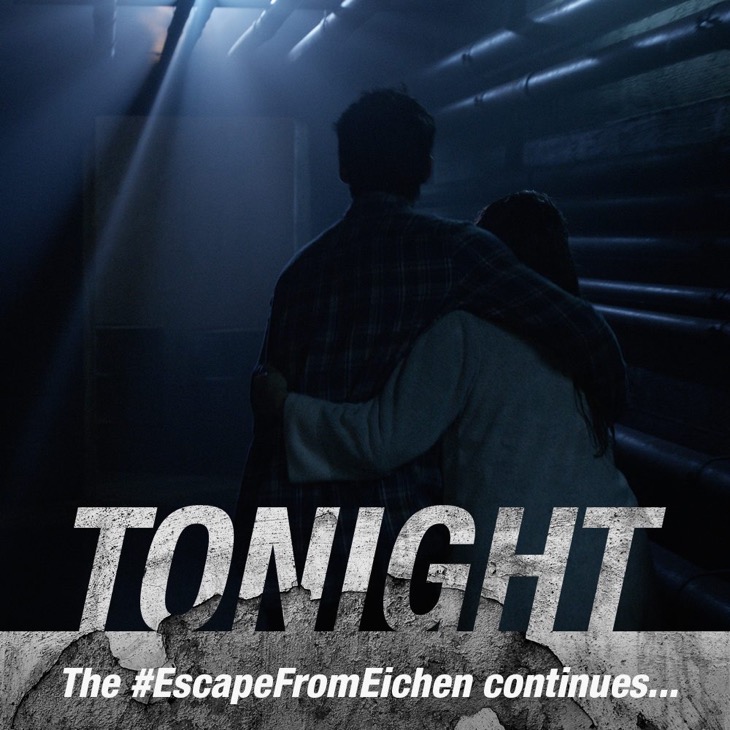 Tonight on MTV, Teen Wolf airs with an all new Tuesday February 9 season 5 episode 16 called “Lie Ability,” we’ve got your recap down below! On tonight’s episode, Scott (Tyler Posey) and the pack try to use a charity lacrosse game to figure out the identity of the Beast.

On the last episode, Stiles learned that Lydia was in imminent danger and develops a plan to break her out of Eichen House. Theo, however, had his own plans for her. Did you watch the last episode? If you missed it, we have a full and detailed recap right here for you.

On tonight’s episode per the MTV synopsis “while trapped in Eichen House with Theo and the Chimera pack, Scott tries to rescue Lydia before time runs out.”

Tonight’s episode is going to be really interesting. You’re not going to want to miss even a minute of this exciting season 5 episode 16! We will be live blogging TEEN WOLF on MTV beginning at 9 PM EST. How excited are you for the upcoming episode of Teen Wolf? Who’s your favorite character so far? What will happen next? Sound off in the comments down below and let us know!

Parrish walks down the hall on fire. Theo goes in and grabs Lydia. He has her by the throat. He digs his claws into her. Theo orders his chimeras to attack Parrish, but they prove little match for him and his flaming strength.

Dr. V drills Theo in the back of the head with his trepination tool, freeing Lydia from his grasp. He tells him, “Sorry, I’m not done with her yet.”

Stiles tries to stop Dr. V from taking her, but he manages to steal her away.

Theo throws a sharp pipe into Parrish’s abdomen. He falls.

Meanwhile, Hayden and Liam are making out in bed. After, Liam asks Hayden to stay – with Scott’s pack. Liam tells Hayden that there’s no way Theo will be able to take on the Beast. There’s just no way. Hayden isn’t sold on the fact that Scott has what it takes to take on the evils in Beacon Hills. But Liam says that Scott’s different after dying.

We see Hayden talking with Deucalion. She’s holding the jar of blue talons. Deucalion tells her to be less worried about a liability and be more concerned with her ability to lie.

Scott and Liam are in Eichen House. They’re not getting very far on their mission to free Lydia. Scott says that he might know of someone who can help: Meredith.

Malia and Kira are in the morgue. Kira is going crazy with electricity. She cannot control it. Malia tries to encourage her to gain mastery over the fox, but Kira is much less convinced that she has the power to tame the kitsune spirit.

Meanwhile, Lydia’s mother, Natalie, is walking around the premises trying to get inside Eichen House. She picks up taser from a fallen guard.

Scott and Liam find Meredith in a cell. She’s in a chair – either dead or in a catatonic state. She’s still. Unmoving.

Stiles runs into Theo. Theo says that he wants her out of here too, and that he has her scent. He says that he can find her. They enter the shower room. They peer down a vent. Beneath, there are miles of tunnels.

Scott tries to get through to Meredith, but she’s not responding. As he goes to leave, she grabs his hand and puts his claws on the back of her neck. She wants him to enter her mind. Scott worries that he’ll hurt her, but she urges him to go through with it. Scott gently places his claws in her neck.

Kira rests on the ground. Malia goes to touch her, but one of the chimeras says that she shouldn’t touch her. He says that he can feel her electricity from where he stands. He offers to help. Malia asks why. The chimera says that he needs help with Corey, who was badly burned by Parrish.

Some orderlies approach the cell that Scott and Liam are in, but he manages to beat them before they prove too much a concern.

Meredith tells Scott that Dr. V is trying to heighten Lydia’s powers so she can discover the true identity of The Beast. Meredith says that she’ll die soon, as her powers are almost about to consume her. Scott asks how he can find her. Meredith says that he won’t be able to get through the mountain ash, but she tells him that one person can: The Hellhound. Meredith says, “Find the hellhound and you’ll find the banshee.”

Scott returns to the world.

Theo and Stiles go through the tunnels looking for Lydia. They have a hard time locating her, but then they hear a scream. A loud scream. Theo can’t place it’s origin. It echoes throughout the tunnels.

Lydia is bound to an operation chair. Dr. V turns on a certain frequency, which seems to drown out some of the screams she’s hearing.

Scott and Liam find Parrish. He’s burnt – but very much alive. Scott says that they need him to find Lydia.

Stiles rushes through the tunnels. Theo and him can’t find her. Stiles confronts Theo about his ultimate plan to steal The Beast’s power and walk out on top. Theo admits that he’s trying to do this – but that he might just be the guy who saves everyone’s asses.

Stiles comes up with a plan to find Lydia. He instructs Theo to break the pipe – as sound travels clearer through closed spaces. Theo hears Dr. V talking.

Dr. V talks with Lydia. He says that he needs her help against the Dread Doctors – specifically, stopping them. He tells her that she might not survive during this process but that she just might save the lives of her friends.

Dr. V walks Lydia through a process to SLOWLY help ease her into her new, advanced powers.

Josh, Corey, Malia, and Kira figure out what to do next. They say that they have a backup plan – a man on the outside. It’s Mason. He’s supposed to get into the power shed behind the hospital to undo the lockdown.

Stiles and Theo break into the the room where Lydia is being held. Their intrusion causes Dr. V’s experiment to be disrupted. Lydia screams very loudly. Dr. V’s head explodes.

Stiles and Theo bust into the room. Stiles saves Lydia.

Hayden shows up to help Mason. Hayden jumps over the large barrier and makes it into the electrical facility. She asks Mason which red lever to pull. They’re stuck.

Parrish walks through Eichen House. Scott and Liam follow. He burns his way through the mountain ash. They find Lydia.

Stiles is in front of Lydia, who’s currently being consumed by the voices. She tells him to run.

Parrish shows up. He approaches her and shields her from her own blast.

They rush to Dr. Deaton for help.

He orders them to keep her still.

Dr. Deaton gets to work. He fills her head with a mistletoe mixture. She produces on last, final scream.

She lies on the table. She doesn’t open her eyes. Stiles holds her head and begs for her to open her eyes. After several long moments, she takes a breath. She opens her eyes and takes Stiles’s hand.

Natalie was watching the whole time. She embraces her daughter.

Theo returns to his lair. Now, he has Dr. V’s helmet.