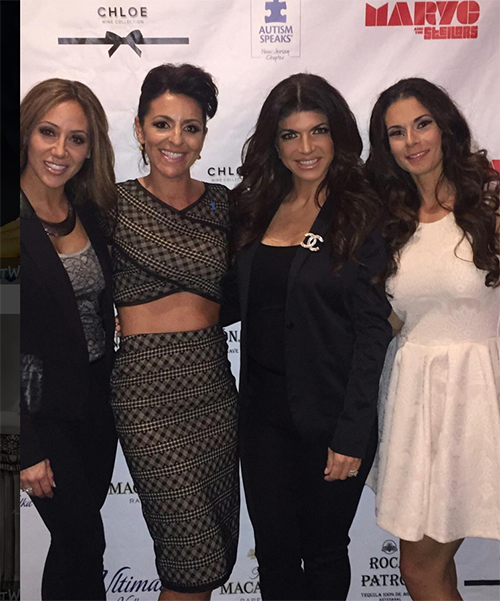 Teresa Giudice is pregnant with baby number five, according to a new report. The Real Housewives of New Jersey star just got out of prison and her husband Joe Giudice is scheduled to head to prison very soon. But the couple reportedly managed to get pregnant with their fifth child during their brief time in between sentencing.

This week’s Life & Style Magazine cover features a photo of Teresa Giudice – fresh out of prison, and the headline reads, “Teresa’s Pregnant…As Joe Heads To Prison!” The all new cover goes onto tease that, after four daughters, Teresa is finally getting the baby boy that she and Joe wanted.

According to Life & Style, Teresa Giudice has told her friends and family that she is pregnant with baby number five, and she is referring to him as her “miracle baby.” An insider dished to the tabloid, “Teresa is convinced she’s pregnant with a boy and has tipped a few people off to the baby news. She considers this a miracle baby!”

Teresa Giudice isn’t letting her husband Joe’s prison sentence get in the way of baby plans – she apparently already is decorating a nursery for the new addition. The Real Housewife star has decided on a jungle theme, and according to the tabloid she has already enlisted herself in parental yoga classes.

It seems absolutely ridiculous that Teresa would want a fifth baby – knowing all too well that she will be raising the newborn, plus her other our children all on her own while Joe Giudice is in prison. But, we are talking about the Giudices, and they have definitely done more ridiculous things in the past. Besides, as a single parent, Teresa is going to have to do something to put food on the table – and a pregnancy would definitely rake in some cash from Bravo and the tabloids.

What do you think, RHONJ fans? Is Teresa really pregnant…again? Share your thoughts and theories in the comments below!