Teresa Giudice To Compete On DWTS Season 23 – From Prison Cell to the Dance Floor? 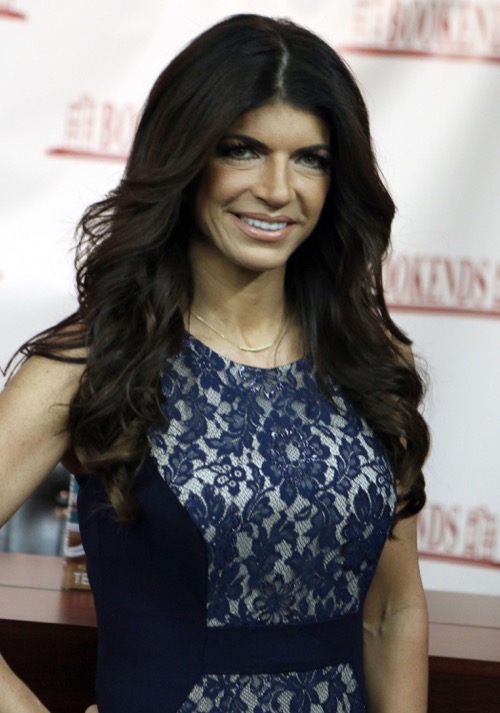 Teresa Giudice, the 44-year-old Bravo reality star is looking for her next big paycheck. She has made it well-known that she would love to be on Season 23 of Dancing With the Stars! Giudice may not be the “Queen of New Jersey”, but she is definitely the Queen of come-backs.

Since being released from prison in Connecticut in December, after serving time for fraud, the Real Housewives of New Jersey beauty has not only written a best-selling book, but she’s also made her comeback to the reality series. It seems that she needs to be making even more, money than that. The mother of four children, Gia (15), Gabriella (11), Milania (10) and Audriana (6) has revealed that she hopes to compete on Dancing With the Stars; insisting that she would even rehearse in New Jersey so she could be close to her children.

According to Star Magazine,  Teresa Giudice is struggling for money and that a gig on DWTS would be a huge help. Recently a source has revealed that Teresa and her husband, Joe have been hit with a bill of back-taxes in recent weeks, to the sum of $551,563. They have been struggling this past year to pay back creditors and to keep their lavish lifestyle including their New Jersey mansion.

The same source says that “Teresa is trying to act casual about it, telling friends that it would be fun and that she’d be in great shape. But everyone knows the truth; she’s desperate to get on the show because she doesn’t have a dime.”

If ABC’s Dancing with the Stars were to choose Giudice, she would be joining the ever growing list of reality stars that have done the ABC dance competition, including Kim Kardashian West from Keeping Up With the Kardashians, Kim Zolciak from The Real Housewives of Atlanta and Kate Gosselin from Kate Plus Eight. Would you like to see Teresa Giudice on ABC’s Dancing With the Stars’ 23rd season? Which reality star would you really like to see join the dance competition?

Be sure to watch ABC’s Good Morning America on August 30 to see the official cast list for the new season and remember that Dancing With the Stars Season 23 begins Monday, September 12 at 8 p.m. ET.