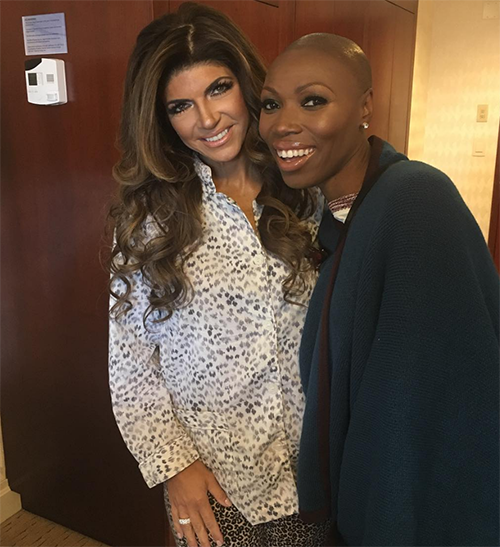 Teresa Giudice still can’t come clean about the truth behind her bankruptcy fraud and scandal, apparently. It looks like ‘The Real Housewives of New Jersey’ star is once again throwing her husband Joe Giudice under the bus as she’s putting all of the blame from their legal issues on him.

According to Us Weekly, Teresa said on a recent episode of ‘The Real Housewives of New Jersey’ that she was still upset with her husband – who is currently serving 42 months behind bars for multiple counts of bankruptcy fraud, including conspiracy to commit mail, wire, and bank fraud, while also making false statements on loan applications – for all of their legal drama.

She told her brother Joe Gorga, “I was mad that I got stuck with being involved. Yes, I should’ve made sure everything on those papers were correct before signing them, but nothing was done intentionally. You know? We trusted the wrong people.”

Clearly, Teresa is still in denial over everything and is not taking any responsibility for the mistakes she made. In fact, plenty of critics are even saying that the mother-of-four remains ‘unhinged’ as she without a doubt enjoyed spending the millions of dollars she and her husband had before they were ultimately caught. Teresa can claim to not know what she signed, but no matter how she tries to spin the situation, she’s already served her time in jail for blatantly obtaining loans fraudulently. If there’s any reason why Teresa is still mad, it’s because she got caught, not because she was misled or supposedly didn’t know what she was doing.

As far as Teresa and Joe’s future together, time will only tell if the reality television star will still be willing to wait for him before his sentence is complete. Teresa is enjoying playing ‘the victim’ card while throwing her incarcerated husband under the bus in public. The only thing Teresa cares about is her own celebrity image and continuing her luxury lifestyle, even if she has to now work for it the hard and ultimately, legal way.

Tell us CDL readers, what do you think? Is Teresa Giudice still lying about her legal drama? Is she having a hard time coming clean with the truth? Let us know what you think by leaving your comments below and of course, don’t forget to check back with CDL for all the latest updates on Teresa Giudice and all of your favorite reality television stars right here.

#spon Cleansing with my @flattummytea tonight. Big day tomorrow with some reallllly tight clothing lol so need my tummy to be as flat as can be! I need to be bloat free!