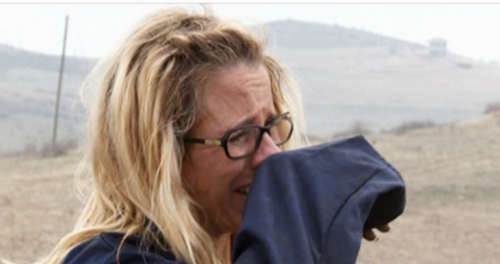 Tonight on CBS the Emmy award winning show The Amazing Race hosted by Phil Keoghan returns in an all new Friday, April 1, season 28 episode 6 called Get in “Let the Good Times Roll.” and we have your recap below. On tonight’s episode, the race continues in Yerevan, Armenia, where an express pass awaits the winner of the leg.

In the last episode, the Race reached new heights as teams climb 15,000 feet in the French Alps, and one team could have been in jeopardy of elimination after dropping their clue down a mountain.  Did you watch the last episode? If you missed it we have you covered with a full and detailed recap right here for you.

On tonight’s episode as per the CBS synopsis, “for the first time in THE AMAZING RACE history, teams travel to Yerevan, Armenia, where an express pass is on the line for the winner of the leg.”

#AmazingRace starts in Switzerland with talk of Brodie and Blair. Tyler and Korey leave first and head to Armenia. They have to go the Yerevan Opera Theater but first start at a travel agency. They leave late and in a snowy early morning in the dark.

They are told their flight is 11 am. Brodie and Kurt leave in second place then Dana and Matt and Scott and Blair all within a half hour of each other. Zach and Rachel then Burnie and Ashley leave with Sheri and Cole in last place but still close.

All teams are on the way to Armenia on the same flight so it’s a foot race to the taxis and Opera House. Brodie and Kurt are there first and they all find out the winner of this leg gets an Express Pass. They have to get tickets at the box office of the Opera. It opens at 8 am.

In the morning, the office opens and there’s a line. The guy hands them tickets and they will hear a famous opera tune while they search for their clue hidden in the giant opera house. Brodie and Kurt ask a guy vacuuming and get the clue.

The clue sends them to a massive staircase called The Cascade. They have to climb to the top to get their clue. Burnie and Ashley then Sheri and Cole leave in second and third. Matt and Dana miss this and are still searching.

Dana and Matt get theirs but are sly about it. Brodie and Kurt climb the many stairs and then Sheri and Cole get theirs next. They have a #Detour of thread or bread. With Thread they have to complete 200 stitches of a rug or learn to make bread which is super thin.

Brodie and Kurt decide to do bread. Sheri and Cole decide on thread. Burnie and Ashley finally figure it out but Scott and Blair and Tyler and Korey are still searching. Korey finally asks the vacuum guy and Blair sees. They are stunned and both teams head out.

Brodie and Kurt show up to learn to make bread for a woman. Burnie and Ashley are close behind. They have to make 15 pieces and if the pieces fall in, it burns. Sheri and Cole make it to the rug weavers. Tyler and Korey and Scott and Blair decide to try the rugs.

Kurt and Brodie burn a piece and Rachel burns another. The bread making is frustrating and so is the rug stitching as they watch the weavers around them zip through the rugs. Kurt and Brodie finish their bread and take it outside. They serve it to a woman who counts them out.

Brodie and Kurt make more bread then get their clue to head past Hatvasan. That puts them in first place. Sheri and Cole leave the rug shop in 2nd place. Tyler says he’s the fruit of the loom because he made friendship bracelets in college.

Kurt and Brodie find the #13 bus and climb aboard. They call it the #PartyBus. Sheri and Cole get on a bus too. Burnie and Ashley get their clue and that puts them in 3rd place. Zach and Rachel leave in 4th place from the rug shop and pass up three teams.

Tyler and Korey leave in 5th place. Scott and Blair leave in 6th place. Dana and Matt are in last place as they head out. Those teams seem to have some confusion about how to get to Republic Square.

Brodie and Kurt hit the roadblock with a view of Mt Ararat. There is a garage there and they have to do an oil change according to a guide. The taxi from there will take them to the pit stop. Only two cars at a time can be on the ramp as Kurt starts the oil change.

Sheri and Cole show up and Sheri will change the oil for them. Brodie and Kurt get their clue and rush off while Sheri can’t get the oil filter screw off. They head to the Temple of Garni where Phil waits for the teams to check in at the pit stop.

A bus pulls up and Burnie and Ashley get off the bus and Sheri asks Burnie how she gets it off. He says he thinks there is a tool. Burnie says he used to work on girls’ cars to try and get dates. Zach and Rachel show up and he has to wait until there’s a space for his cab.

Matt and Dana show up and Matt wants to do it but also has to wait. At the temple, Kurt and Brodie get out of the can and rush up to Phil. He says they’re in first and they also get the Express Pass to skip a task and it’s good through leg nine.

They squeeze another cab on the lift and someone finally helps Sheri – it’s Scott who helps her get the oil filter off. Burnie and Ashley check in for second place. Zach and Rachel head out in third. Tyler is struggling to help someone so he can get a place. Sheri is still at it.

Sheri cries and says she just can’t get it off. Cole tries to encourage her and she cries. Dana and Matt check in at 4th place. Scott and Blair finish up and Scott goes to help her and shows her she’s turning it the wrong way. He shows her how to do it. Now she gets it off.

Sheri puts the air filter back on and Scott says Tyler you better run. They head out. Tyler is now close to Sheri in the oil change. Scott and Blair check in at 5th place. Tyler and Korey run off in 6th and Sheri and Cole are in last place. The cabs pull out and they hope to beat them.

Cole reassures his mom. Tyler and Korey worry they’re going the wrong way. One is going right, one wrong. We’ll see. Tyler and Korey went the right way and they check in at 6th place. That puts Sheri and Cole in last.

Tyler and Korey are happy that coming so close to last makes them seem like less of a threat and that’s a silver lining. Sheri and Cole find out they’re not eliminated since it’s a non-elimination leg. The next leg starts right now and they run off.