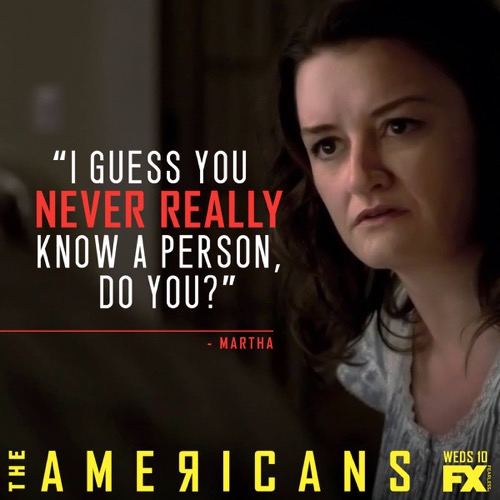 Tonight on FX The Americans airs with another all new Wednesday, March 23 season 4 episode 2 called “Pastor Tim,” and we have your weekly recap below. On tonight’s episode, family tensions hit a boiling point as Paige (Holly Taylor) shares a secret and Philip (Matthew Rhys) tries to get rid of a sensitive and dangerous package.

On the last episode, picking up on the heels of last season’s finale, the season 4 premiere of The Americans sees Philip and Elizabeth dealing with the fallout of all they’ve wrought. What happened when the FBI finds out about Gene’s suicide? Did you watch last week’s episode? If you missed it we have a full and detailed recap, right here for your enjoyment.

On tonight’s episode per the FX synopsis “Philip tries with increasing desperation to get rid of a sensitive and dangerous package as family tensions in the Jennings House reach a boiling point when Paige shares a secret of her own.”

Tonight’s  episode looks like it is going to be a great and you won’t want to miss it, so be sure to tune in for our live coverage of FX’s “The Americans” Season 4 episode 2– at 10 PM EST!

Tonight’s episode of The Americans kicks off where we left off last night – Stan just freaked out on Phil for having coffee with his ex-wife Sandra after group. Phil rushes in the house and downstairs to put the tube of biological warfare in the refrigerator.

Elizabeth follows him downstairs and asks him what Stan’s problem is. Phil confesses that he has been going to the group EST this entire time behind her back, and Stan saw him getting coffee with Sandra afterwards. Phillip explains that he completed the introductory seminar when she was in Germany. Elizabeth has a million questions, but Phillip doesn’t know how to explain EST. Finally, Elizabeth volunteers to go with him the next time, so that she can see what he has been getting so involved in, he agrees.

The next day, Philip gets home from work and Elizabeth is freaking out. She listened to the wire taps that she put in the pastor’s office – and she knows that their daughter Paige told Pastor Tim everything…that her parents are Russian spies. Elizabeth says that they have to kill him, before he talks. Philip thinks that there may be another solution and they might be able to “work him.” Later that night Philip sneaks in to Pastor Tim’s office and does some snooping around in his desk.

Philip gets home and Stan is standing at his mail box and giving Philip dirty looks. He heads in to the house and ignores his disgruntled neighbor. Philip heads inside and tells Elizabeth what he found – apparently Tim will be at some sort of cabin in the woods in two days, that’s where he goes on a retreat to write his sermons. Philip warns Elizabeth that if they kill the Pastor, their daughter Paige is never going to forgive them.

Meanwhile, Nina (Stan’s former lover) is still being held as a prisoner. She finally gets the meeting with her husband Boris that she has been requesting. Apparently, she has been sending him money when she was in the United States, even though Boris moved on and had children with someone new. Nina has a job for Boris. She hands him a piece of paper with the scientist that is being held with her’s name on it. She explains that Anton Baklanov was kidnapped – and she wants Boris to get work to his family.

As if Philip didn’t have his hands full with the Pastor Tim debacle, he also has to figure out how to smuggle the pathogen out of the US and off to Russia. He meets with a pilot on a bus and slips him the biological warfare in an Altoid container. The pilot is all worked up, he says that he thinks his co-pilot knows what he is up to.

While Philip and the pilot are talking on the bus at the airport, a security guard gets on the bus. Of course, the nervous pilot starts freaking out even more. The security guard says he wants to talk to the pilot in private. Philip panics and strangles the security guard and kills him and leaves his body on the bus. The pilot bails – it looks like Philip is going to have to find another way to get the pathogen to Russia. Philip has no choice but to ride around on the bus all night with the dead body, to ensure that no one else finds it.

Stan leaves the FBI and meets up with Oleg in the middle of the night. He has bad news for Oleg, the FBI is not going to trade a prisoner for Nina – apparently there is another prison that they want more. Oleg is obviously upset. Stan tries to make small talk, but he informs him that they aren’t friends.

Philip finally gets home – Elizabeth is not happy that he has brought back the pathogen. He explains that the pick-up didn’t go well. Philip is distraught, Elizabeth can tell something is off with him. He confesses that when he was a little boy and lived on the streets back home, he got in a fight with another kid and beat him to death with a rock. The story has been haunting him for years – that’s why he has been going to EST.

Elizabeth and Philip head to bed – Elizabeth has a disturbing dream about her daughter Paige finding Pastor Tim’s dead body.

Philip heads to the park to meet Gabriel, she wants the pathogen out of her house ASAP. Gabriel has bad news for her from Russia – her mother has passed away. He warns her not to “lose her bearings.” Gabriel tells her that her mother love her and Paige – Elizabeth doubts it.

Meanwhile, Nina is in trouble, they found the note that she tried to get smuggled back to the scientists’ son. She asks them not to punish Boris for carrying the note, she asked him to do it. Ironically, Nina was about to be freed, now she is in trouble all over again.

Paige comforts Elizabeth when she learns that her mother died. Elizabeth cries that she is glad that Paige got to meet her before she passed. She asks Paige to stay home with Henry, she and Philip have work to do. Paige is surprised that she is rushing off to work right after getting such upsetting news. Henry is busy across the street at Stan’s house – he is telling him all about the crush that he has on his science teacher.

Paige returns to the kitchen in tears – she confesses to her mother that she told Pastor Tim everything. Elizabeth obviously already knew, but she doesn’t let on, she screams at Paige that she was supposed to put her family first…before Pastor Tim. Paige cries that her mother never should have put her in this position to keep such a huge secret.

Elizabeth heads outside to chain smoke and wait for Philip to come home from work. When he pulls in the driveway, she hops in the car. Elizabeth says Paige confessed to telling Pastor Tim about them, and her mother died. Philip comforts her, as Elizabeth mumbles “we’re in trouble.”