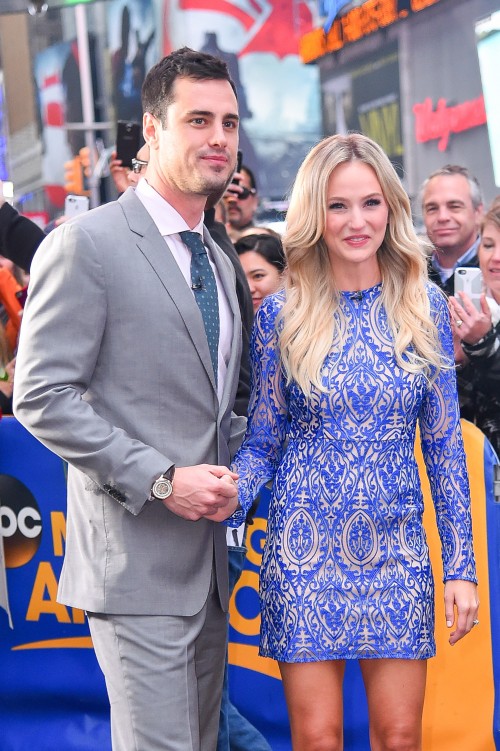 The Bachelor Ben Higgins and his 2016 winner Lauren Bushnell just scored their own reality TV show, “Ben and Lauren: Happily Ever After.” The Bachelor spinoff will begin airing on Freeform in October 2016.

There are rumors every year about Bachelor and Bachelorette couples getting their own spinoffs and it comes to nothing – but this time, it looks like the talk about Lauren Bushnell and Ben Higgins actually came to fruition.

Ironically, Lauren and Ben insisted that they did not join the ABC reality TV show for fame and fortune.

According to an official report from Freeform, “Ben and Lauren: Happily Ever After will follow the next phase in Ben Higgins and Lauren Bushnell’s lives as they plan their highly anticipated wedding, and undergo the pressures most new couples face getting to know each other.”

Karey Burke, executive vice president of programming at Freeform, dished on the new series, “Ben and Lauren are the biggest Bachelor couple of the last 10 years. Their romance captured everyone’s attention, and we are delighted to continue their story on Freeform.”

Rumors have been floating around for weeks that Ben Higgins was considering a career in politics, and Bachelor spoilers indicate that, too, will be addressed in the reality TV show. Also, of course, there will be a ton of guest appearances from other Bachelor and Bachelorette alums.

Ben Higgins and Lauren Bushnell sure are milking their fifteen minutes of fame. You really do have to give them credit – they managed to convince America that they had no interest in being famous and just wanted to find love, yet in the process, they also managed to nab a new reality TV show and a future career in politics for Ben.

So, will you be tuning in for “Ben and Lauren: Happily Ever After?” on Freeform this Fall? Do you think they will actually wind up getting married, or are they just dragging their engagement out for their new TV show?  Share your thoughts in the comments below!

And be sure to check back with CDL for all the latest celebrity news and gossip.