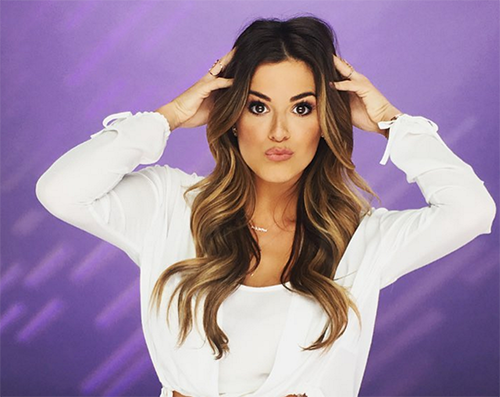 “The Bachelorette” spoilers tease that JoJo Fletcher’s men are all vying for her attention (and of course, the final rose), but this season has a lot of bad apples in the bunch. From Internet trolling to shady criminal pasts, this season’s cast may be the worst one to date.

Typically on “The Bachelorette,” there are at least a few interesting men in the cast. The reality TV star hoped that she’d find love with one of the 26 men that ABC brought on the show. Let’s face it; some of the men are barely what you’d call marriage material.

Chad Johnson has tried to be the bad boy of the group, and almost was eliminated at some point. A few weeks ago, Johnson told Fletcher she was “sorta naggy.” JoJo kept him despite his nasty remark because she felt that she could have a connection with him if she gave him a chance.

Reality Steve claimed that Johnson snatched up domain names in five of his fellow contestant’s names, and redirects their traffic to his [personal] Instagram page. Many fans felt like it was kind of shady of him to try to piggy back off the other more likable contestants fame and popularity.

Brandon Howell was evicted from his house after failing to pay almost $1300 in rent and late fees in 2009. Apparently, at the time, Howell refused to surrender the house to the owner, and it resulted in a lengthy court battle. In the end, the court forced Brandon out of the home, and the owners later sued him for the balance of $1300.

Jordan Rodgers seems like the frontrunner to win Fletcher’s heart, but recent reports have the fans questioning whether he is the right man for JoJo. Apparently, his ex-girlfriend alleged that he cheated on her not once but multiple times. Jordan has yet to comment on the allegations of cheating.

This season has had its share of an Internet bully, run ins with the law, and cheating allegations. “The Bachelorette” fans have deemed the cast the worst one to date. Is it possible that JoJo Fletcher will find lasting love this season? Stick with CDL for more “The Bachelorette” spoilers, news, and updates. And, don’t forget to come back during the show for a live play-by-play of the show.