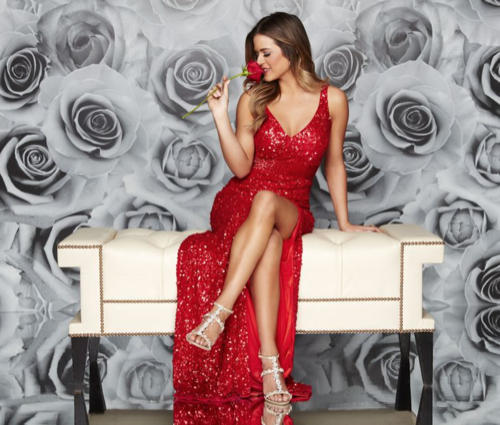 The Bachelorette 2016 airs on ABC this evening with an all new Monday, August 1 season 12 finale and we have your weekly The Bachelorette recap below. On tonight’s episode, JoJo Fletcher introduces Jordan and Robby to her family and they immediately connect with one of them but have reservations about the other man.

On the last episode, it was an exciting, unpredictable reunion as the most memorable bachelors from this season – including Alex, Chad, Chase, Christian, Daniel, Derek, Evan, Grant, James Taylor, Luke and Wells – returned to confront each other and JoJo one last time on national television to dish the dirt and tell their side of the story. Did you watch the last episode? If you missed it, we have a full and detailed The Bachelorette recap right here for you.

On tonight’s show as per the ABC synopsis, “JoJo survived being blindsided last season after Ben Higgins told her he loved her, but proposed to Lauren Bushnell instead. As heart-wrenching a rejection as that was, she decided to take a risk for a second chance at finding love with one of 26 intriguing bachelors.

After surviving shocking twists and turns and a journey filled with laughter, tears, love and controversy, JoJo narrowed down the field to two men – Jordan and Robby. Now, she finds herself in love with both of these captivating men and terribly torn between them. She can envision a future with both bachelors, but time is running out.”

Tonight’s season finale of The Bachelorette kicks off in Thailand, Jojo Fletcher’s parents and brother arrive to meet the final two guys. Jojo fills them in on Robby and Jordan – she confesses that she thinks she is in love with both of the guys.

Jordan Rodgers arrives at Jojo’s hotel suite first to meet her family, Jojo introduces them and they all sit down to chat. Jordan brought along a bouquet of flowers and then explains that he brought along a bag of gifts for everyone. He passes out some goofy hats that he bought at a local market.

Jordan sits down with Jojo’s mom Soraya and they have a private chat. Soraya is concerned because Jordan seems like a bit of a playboy and Jojo has trust issues from previous relationships. Jordan promises her that he will never break Jojo’s heart. Afterwards, Soraya tries to tell Jojo that she thinks Jordan Rodgers might not be a good pick for her. But, Jojo refuses to listen.

Jordan has a similar conversation with Jojo’s dad, her trust issues come up again. After he is done bonding with the family, Jojo walks him out to the car and reassures him that everything went great.
The next day, Robby Hayes arrives to meet Jojo’s Family in Thailand, she makes the introductions and Robby tells Soraya “Happy Mother’s Day” and brought along a bouquet. It’s pretty clear that Jojo’s family is Team Robby. Robby talks to Soraya in private, she asks him similar questions that she asked Jordan. Robby also vows not to break Jojo’s heart and raves about how in love with Jojo he is.

Afterwards, Robby sits down with both of Jojo’s parents – he asks for their permission to marry Jojo, something that Jordan did not do. He promises to make Jojo his priority for the rest of his life, Robby gets emotional while he promises to protect her and care for her for his entire life. Jojo’s parents are moved by his speech, they are more than thrilled to give Robby their blessing and permission to propose.

After Robby leaves, Jojo sits down with her family to see what they thought of Robby and Jordan. Jojo is shocked when she learns that Jordan didn’t ask her parents for their blessing and permission to marry her. Jojo gets upset, she starts sobbing and arguing with her family over which guy would be better for her. It’s obvious that Jojo wanted to pick Jordan, but now she is completely torn between the final two guys.

Jojo has one last date with each of the guys before the final rose ceremony. Jojo meets up with Robby first, he takes her up on a tower to share a beautiful scenic view of the beach. Jojo teases him about how much her family loves him as they head down to a secluded part of the beach for a romantic afternoon together. Robby just wants them to have fun before the stressful final rose ceremony. They splash around in the ocean and share a kiss underwater.

Jojo and Robby sit down to have a picnic in the sand, Jojo asks him some tough questions about the future if he gets the final rose. He already can envision them married together, having children, and even a dog. Robby confesses that he wants to have kids within 3 years.

They had back to the hotel and spend the night drinking wine and Robby has a present for her – he brought along photos of some of the moments that they shared together throughout the season they reminisce about all of the good times. Jojo can finally say that she knows what it feels lie to be loved unconditionally, and she confesses that she whole-heartedly trusts Robby, and that’s a big deal for her.

It’s time for Jojo and Jordan’s final date before the last rose ceremony. They meet up in Thailand and spend the afternoon making out on a boat. Jojo is feeling a little uneasy about Jordan though – she can’t get past the fact that he didn’t ask her family for their blessing in marriage.

After paddling around in the boat for a while, they take a break and Jojo confronts Jordan about his talk with her parents. Jordan confesses that he didn’t ask her parents for their blessing because he didn’t know if he was going to get the final rose or not. Jojo explains that she was really disappointed because her family means a lot to her. And, she has been envisioning the moment her future husband asked for her Dad’s blessing since she was a little girl.

Jordan is digging himself in to a deeper hole, he confesses he is not 100% sure that he wants to propose, and then he backtracks and tries to take it back. Jordan argues that he doesn’t even know if he is going to get the final rose, so how should he know whether or not he will get a chance to propose. Neither one of them are making much sense, but it is clear that Jojo is not happy with him.

Later that night, Jordan tries to do some damage control. He apologizes for not asking her dad for permission to marry his daughter, and confesses that he wishes he had done it differently. Jordan promises Jojo that he is ready to get married and spend the rest of his life with her, and he swears he doesn’t have any doubts about getting married. His speech seems to have pacified Jojo for the moment, but it’s obvious that she still has no idea who she will pick – Jordan or Robby.

It’s the morning of the final rose ceremony – Jordan decides to make things right, he calls Jojo’s dad Joe and her mom Soraya. He finally asks them for their permission to propose to Jojo, they give Jordan their blessings and can’t wait to find out which one of the guys she is going to choose. Afterwards, Jordan writes Jojo a note to let her know that he got her parents’ blessings – then he meets up with Neil Lane to look at engagement rings.

Jojo receives her letter from Jordan, she gets emotional reading it, and is moved that he finally asked her parents for his blessings. But, she also got a letter from Robby, and it is just as romantic and emotional as the letter she received from Jordan. Jojo is more torn now than ever before, she sobs that she thinks she might be having a panic attack. Meanwhile, both guys are confident that they are going to get the final rose as they get dressed for the last rose ceremony.

Robby arrives at the beach first and Chris Harrison escorts him down to Jojo. He takes her hand and begins promising to love her for the rest of her life. Jojo interrupts him and starts crying. She tells Robby that she fell in love with him, but her heart is somewhere else, and she can’t let him get down on one knee to propose. Robby is totally shocked – Jojo cries that she wanted it to be him, Robby begins crying too and tells her that he just wants her to be happy, then he leaves broken-hearted.

Jordan Rodgers arrives at the final rose ceremony, Jojo professes her love for him and tells him how excited she is to finally be able to tell him that she loves him. Jordan gets down on one knee and tells Jojo that he wants to spend the rest of his life with her He takes out the engagement ring and asks Jojo to marry him – she cries tears of joy as she says “yes.” Jordan Rodgers and Jojo Fletcher are officially engaged to be married.