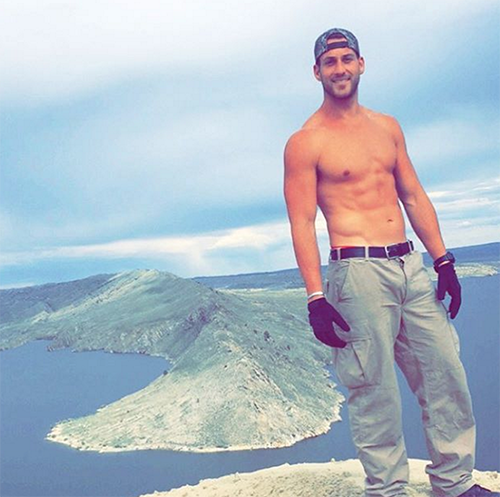 Bachelorette 2016 JoJo Fletcher and winner Jordan Rodgers are over – that’s what everyone seems to think. Is it because JoJo regrets choosing Jordan? Deep down is JoJo truly in love with runner-up Chase McNary? Is that why show creator Mike Fleiss is being forced to put off the announcement for Bachelor 21?

Mike Fleiss has been tweeting up a storm! The official announcement for the Bachelor 2017 season will be made via the television mogul’s Twitter account.

At first, Bachelor and Bachelorette fans thought the news would come soon. But it didn’t, and Fleiss tweeted, “Certain entities are forcing me to hold off announcing our next #Bachelor… Won’t be long now!!!”

Who are these entities and why are they forcing the creator of the reality shows to hold off on announcing the name of the guy who will be the season 21 Bachelor?

Has Chase McNary been offered the spot as the next Bachelor? Is JoJo having second thoughts about Jordan and pleading with Chase to give her another chance and turn down the Bachelor 21 offer?

The teasing tweets started on August 11 with Fleiss writing that he announce “our new Bachelor here on my Twitter account!!!” In the next tweet the Bachelor and Bachelorette creator dragged things out some more. The entertainment mogul can’t decide when the Bachelor 21 reveal should happen. Sometime after the Olympics or when Fleiss hits 100K followers?

What do we think? There’s so much buzz that JoJo Fletcher and Jordan Rodgers have already called off their engagement that we wonder if JoJo went running to production and begged them not to choose Chase McNary and found out the Bachelorette 2016 runner-up had been tapped as the next Bachelor.

When JoJo and Chase had their final face-to-face at the ‘After Final Rose’ live event Chase admitted it’s been very difficult to get over JoJo. Was it at that point that JoJo Fletcher had serious doubts about choosing Bachelorette 2016 winner Jordan Rodgers?

What’s the hold up on announcing the season 21 Bachelor’s name? Is it because Fleiss and ABC don’t want the news to get lost in all the excitement over the Summer Olympics?

Or is it because Bachelorette 2016 runner up Chase McNary is supposed to be the next Bachelor and JoJo Fletcher wants another chance after dumping Jordan Rodgers? Come back to CDL for all your Bachelorette news and reports!