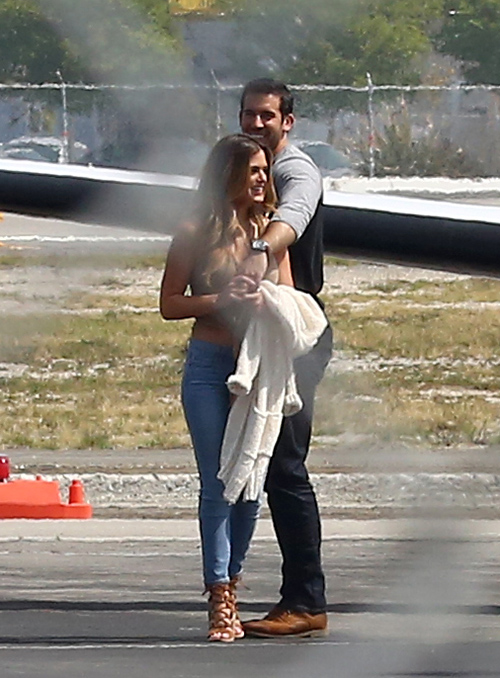 According to a new report from OK! Magazine, Jojo Fletcher may have gotten plastic surgery and got a little work done before she began filming The Bachelorette. The tabloid goes on to say that Fletcher will “look barely recognizable” when ABC fans tune in to the Season 12 premiere on ABC next month. Apparently, Jojo Fletcher is a bit vain, and wanted to make sure she looked her best when she appeared on her very own Bachelor spin-off. OK! Magazine goes on to quote a professional surgeon that dished to Radar Online that Jojo has definitely had work done between shows.

Since The Bachelorette 2016 filming kicked off, there has been quite a bit of speculation that Jojo Fletcher signed on to the show for all of the wrong reasons, and is more interested in becoming a celebrity than she is a wife. So, if she did get plastic surgery done, it seems to coincide with that theory.

This week ABC released the promo pictures of Jojo Fletcher as the Season 12 Bachelorette, and she does look a bit different than she did on Ben Higgins’ season of The Bachelor. But, it’s more likely due to some very creative photo-shopping. Jojo Fletcher was named the Bachelorette at the very last minute, in March, and she was already filming dates with her guys by April. We’re not doctors, but it generally takes more than a few weeks to recover and heal from plastic surgery. We’re not doubting that Jojo got work done at some point, but we’re pretty sure it wasn’t done between her live appearance on The Bachelor finale and before she started filming The Bachelorette.

What do you guys think? Does Jojo Fletcher look different? Did she get plastic surgery? Share your thoughts in the comments below and don’t forget to check CDL for all of you’re the Bachelorette 2016 spoilers and news.