The Bachelorette 2016 Spoilers: Jordan Rodgers Plotting To Be The Next Bachelor, Doesn’t Love Jojo Fletcher? 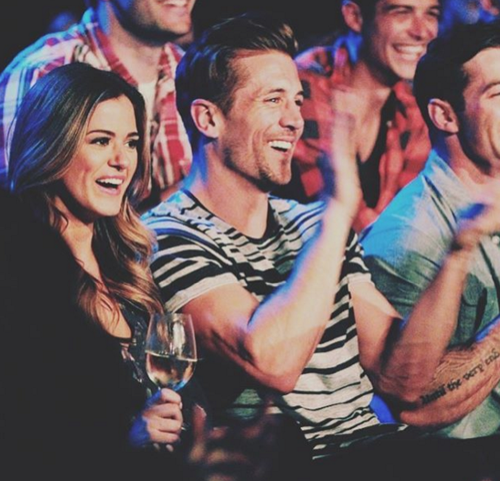 The Bachelorette 2016 frontrunner Jordan Rodgers was put on the spot this week on the ABC dating show – some of Jojo Fletcher’s guys think that the former NFL pro joined Season 12 for fame and attention, and is not really interested in Jojo.

Ironically, Reality Steve’s The Bachelorette 2016 spoilers tease that Jojo Fletcher gives her final rose to Jordan Rodgers, and the couple is currently engaged to be married. Did Jordan totally play The Bachelorette, or is genuinely interested in settling down with her?

According to a new report from US Weekly Magazine, Jojo Fletcher made a huge mistake choosing Jordan Rodgers as her Bachelorette 2016 winner. She probably should have listened to James Taylor when he tried to warn her that Jordan joined the show for his own personal gain.

An inside source close to the former NFL quarterback (Rodgers was cut in 2014, and clearly was not as skilled as his big bro Aaron Rodgers) made some shocking statements to US Weekly. The insider dished, “He knew football wasn’t going to work out and he wants to be famous desperately.

Originally, Jordan wanted to go on The Bachelorette to become the Bachelor. That was his goal.”

The insider thinks that Jordan may have had a change of heart after he spent some time with Jojo Fletcher, but we aren’t buying it. We’re going to have to agree with James Taylor on this one! It’s pretty clear by the way that Jordan is conducting himself on the reality TV show that he is way more worried about how he comes off on camera than he is about what Jojo Fletcher thinks about him.

If Reality Steve’s spoilers are true and Jordan Rodgers is the Bachelorette 2016 winner, we aren’t expecting an over the top televised wedding. Honestly, it will be a miracle if Jordan and Jojo are still together by the time they have to appear on the Season 12 finale stage.

What do you guys think? Does Jordan Rodgers really care about Jojo Fletcher, or is it all an act? Share your thoughts in the comments below and don’t forget to check CDL for all of your Bachelorette 2016 spoilers and news.