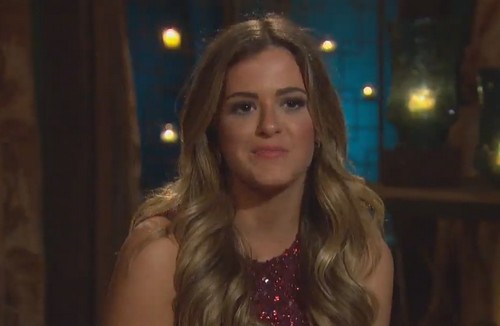 The Bachelorette 2016 spoilers are rolling in, and Jojo Fletcher’s Season 12 premiere is scheduled to air on ABC on Monday May 23. This week ABC released an all new Bachelorette 2016 spoiler video, packed full of exciting teasers. Of course, there’s tears, kissing, and a bit more odd clues about Season 12 – like the men worrying that “Jojo is in danger” and another Bachelor alum appearing on the show.

When The Bachelorette 2016 spoilers revealed that a former Bachelor star was joining the show, everyone assumed that he would be dating Jojo Fletcher. Of course, the Bachelorette promo video also implies that. But, according to Reality Steve’s spoilers, ABC is pulling some creative editing tricks and totally misleading fans.

Nobody is pulling a Nick Viall and returning for another shot at love. The Bachelor alum is actually Season 14 Bachelor Jake Pavelka, and apparently he and Jojo are old friends and he just shows up to give her some advice. Jake is cute and all…but yeah it’s a total letdown.

Regardless, The Bachelorette 2016 spoiler video is packed full of drama, and we don’t know about you – but we can’t wait to see this all new train wreck roll out right before our eyes. What do you think Bachelorette fans, are you excited to see Jojo Fletcher begin her season?

Do you think she will be engaged after the finale? Let us know what you think in the comments below and don’t forget to check CDL for all of you’re the Bachelorette 2016 spoilers and news.

Romance, magic, and a mystery face from the past! https://t.co/JI7FSWVdbM