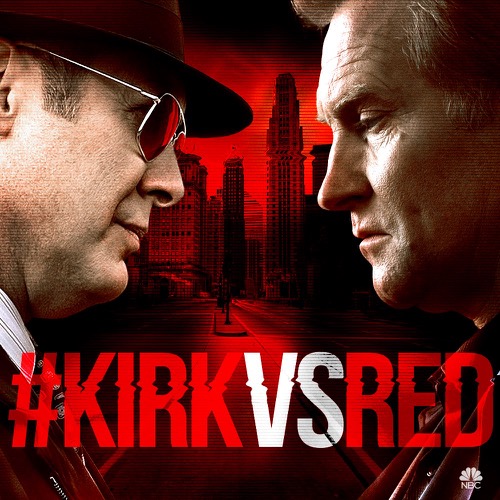 Tonight on NBC their hit drama Blacklist starring James Spader airs with an all-new Thursday,  November 11, 2016, episode and we have your Blacklist recap below. On tonight’s Blacklist Season 4 episode 8 Fall Finale, Kaplan (Susan Blommaert) comes to an important realization about the future.

Did you watch the last The Blacklist season 4 episode 7 where Red (James Spader) directed the Task Force to track down an individual who provided new identities to criminals on the run? If you missed it we have a full and detailed Blacklist recap, right here for you!

On tonight’s Blacklist season 4 episode 7 as per the NBC synopsis, “Red (James Spader) pressures Dr. Shaw to locate a former patient. Liz (Megan Boone) contemplates the implications of her ties to an increasingly desperate and dangerous Alexander Kirk. Mr. Kaplan (Susan Blommaert) comes to a critical realization about her future.”

Tonight’s episode of The Blacklist picks up where we left off last week – Alexander Kirk’s men have invaded the hospital, all disguised as doctors, patients, and maintenance men.

Liz tells Harold Cooper to call the troops and prepare for an attack at the hospital. Then she barges in to Kirk’s hospital room and tells him to call it off. Kirk argues with Liz that the DNA tests were wrong, he thinks that Red altered the test results and Liz is his daughter.

Meanwhile, smoke detectors begin going off inside of the hospital – a small bomb explodes right near Tom and knocks him down. Kirk’s men rush in with their guns drawn and begin shooting anyone in their path. Harold begins shooting back and all hell breaks loose. One of Kirk’s men grab Liz and Kirk and throw them in an ambulance and make their getaway. Tom steals a car parked in front of the hospital and chases after the ambulance.

Kaplan is still being held hostage in the cabin in the middle of the woods. While she is asleep, she mumbles Raymond’s name. Her captor is afraid that Raymond is coming back for her, and he doesn’t want anyone to know that he is living in the woods. Kaplan has a fork hidden in her bed that she has been hiding, and waiting to use at the right opportunity.

Red is still holding Dr. Shaw hostage, but the FBI was wrong – he has no plans to kill her. He needs something from her – Red orders Shaw to get on the computer and find him “Patient Zero.” Shaw whines that it is going to take some time.

Tom chases after the ambulance, eventually they pull over to switch cars and a shootout ensues. Tom runs out of ammo and hides under the ambulance as Kirk and Elizabeth get away in another car. Luckily, Ressler shows up in the nick of time and rescues Tom. But, Liz and Kirk are long gone…

Kaplan’s captor returns to check on her – he announces that he has done some thinking and he is going to just set her free. He doesn’t have the heart to kill her.

Ressler and Navabi interrogate one of the Kirk’s men that they caught. After Ressler roughs him up, he finally admits that Kirk and Liz left in a silver panel van and they are headed towards Silversprings.

Kirk has his own doctor run a DNA test on Elizabeth, and he’s shocked when it still comes back negative. He realizes that Red didn’t alter the results, Liz really is not his doctor. He calls Red, furious – Red agrees to trade himself in for Liz, all Kirk wants to do is put a bullet in Red’s head before he dies. They set up a time and place at a nearby park. Dembe begs Red not to go, but Red won’t listen.

Dembe begs Red not to go, but Red won’t listen. Dembe takes Red to the park, and watches as Kirk’s men pick him up in an SUV. Before Red leaves, he tells Dembe to forgive him for what happened with Kaplan.
Kaplan is free – but she decides to stay at the cabin anyway. Apparently, she and her new captor are becoming friends. She cooks him some dinner and tells him the sordid tale of how she wound up lying in the woods with a bullet in her head.

Elizabeth begs Kirk to let Red go, but he isn’t trying to hear it. Kirk sends Liz off with his girlfriend Odette, he orders her to keep Liz safe and let her go in an hour.

Red gets patient zero’s name from Shaw before he turns himself in to Kirk. While Red is with kirk – Dembe and Tom pick up Lucille Bocks. She has no idea why they are dragging her away by gunpoint. Meanwhile, Red tries to reason with Kirk. He tells him that he has Dr. Shaw and a patient named Lucille that was cured – there is an experimental treatment that could save his life too. Obviously, Kirk doesn’t believe Red – he ties him up in a chair and opens a medical bag to begin torturing him.

Ressler and Navabi are still searching for Kirk’s safehouse and where he is holding Red – but so far they haven’t had any luck. They’re getting close though.

Kirk tortures Red and demands to know how Liz isn’t his daughter. Red says that when he met Katarina, he was one of her assignments, and Kirk was too. Katarina faked Liz’s DNA test years ago and convinced him that Kirk was her father – but he wasn’t. Kirk wants to know if Red is Liz’s father – but he won’t answer the question. Luckily, Dembe and Tom show up with Lucille and the doctor. Kirk still isn’t buying that there is a cure, he wants his own doctors to run tests on Lucille and see if it is possible.

Kirk turns his attention back to Red. He has injected him with a serum to force him to tell the truth. Finally, Red mumbles, “Yes, Elizabeth is my daughter.”
Ressler and Navabi catch a lucky break – and they find Liz and Odette. Odette jumps off the bridge so she can’t be arrested.

Kirk’s doctor finishes up the test on Lucille and confirms that she was cured. Kirk tells the doctors and Lucille to leave. He would rather die and not be cured, than let Red live. Red tries to buy some time and keep Kirk talking about Katarina. Kirk reminisces about the first time that he met Liz’s mom, he believes she is still alive, and didn’t commit suicide. Despite the fact that Katarina was a spy, Kirk is certain that she loved him.

Kirk stabs Red in the neck with a needle, then he doesn’t inject the drug to kill him. Kirk has a change of heart.

Ressler and Liz arrive at the safe house, but Red and Kirk are already gone.

Tonight’s episode ends with Red and Dembe showing up on Tom and Liz’s doorstep. Red heads in to the nursery to watch Liz put Agnes to bed. She’s shocked to see Red, she thought he was dead, she rushes to hug him. He tells her that Kirk is gone, and it’s all over.
Red and Elizabeth share a moment together with Agnes, Liz admits she had wanted Kirk to be her father so that her dad could see Agnes grow up.