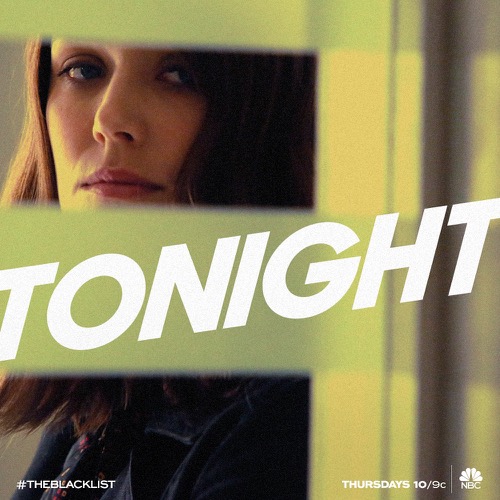 Tonight on NBC their hit drama Blacklist starring James Spader airs with an all-new Thursday,  November 3, 2016, episode and we have your Blacklist recap below. On tonight’s Blacklist Season 4 episode 7 Alexander Kirk’s medical condition worsens as Liz (Megan Boone) reaches out to Cooper for guidance.

Did you watch the last The Blacklist season 4 episode 6 where Red and Liz gained leverage to infiltrate Alexander Kirk’s organization when Kirk joined in business with a shadowy group that hacks secure computer systems? If you missed it we have a full and detailed Blacklist recap, right here for you!

On tonight’s Blacklist season 4 episode 7 as per the NBC synopsis, “Red (James Spader) directs the Task Force to track down an individual who provides new identities to criminals on the run. Meanwhile, as Alexander Kirk’s medical condition worsens, Liz (Megan Boone) seeks guidance from Cooper (Harry Lennix) on a crucial decision.

Tonight’s episode of The Blacklist kicks off at what appears to be a medical lab– a man named Blake is on his death bed. The doctors explain to him that he has Steve Johns syndrome, a rare side effect of a medication he is taking. Blake is covered in welts and gasping for air, he passes away while the doctors observe his final breaths.

At the FBI, Harold Cooper is officially charging Alexander Kirk with Acts of Terrorism expanding international boundaries. Kirk is being held in a bulletproof chamber in the basement, surrounded by armed men. There’s a camera in the chamber, Liz watches from upstairs.

Liz heads to a park to meet up with Red, he says he has a new Blacklister for the FBI, they call him The Coroner. Liz groans, she just baby Agnes back and her family is finally complete, she doesn’t want to chase down any more Blacklisters. Red says that if they don’t take down The Coroner, Kirk could wind up escaping and disappearing.

Liz heads back to the FBI and briefs the team on The Coroner. Apparently, he runs a witness protection program for the most elite of criminals. He uses dead people’s identities to create new identities for major criminals, like a drug cartel leader named Gize Barrera, The Coroner helped her disappear. Barrera is their only link to The Coroner, the FBI gets to work trying to track own her new identity.

Liz slips away and visits Kirk in the basement. Before he is transferred, Kirk wants to tell Liz the truth about her mom and Reddington. While he is talking, Kirk gets a bloody nose and keels over inside the chamber. Liz orders the guard to open the chamber, she rushes inside and begins giving him CPR, shouting for someone to get a medic.

Kirk is rushed to the hospital – his anemia has taken a toll. The doctor warns Harold that unless Kirk has a blood relative that is willing to donate blood that his body won’t reject, he will be dead within 24 hours. Ressler and Navabi track down Giza

Ressler and Navabi track down Giza Berrera, she assumed a new identity and is teaching at a school in Brooklyn, she helps them find the Coroner. Navabi goes undercover and is shocked when Red interrupts her meeting with The Coroner. Red threatens the Coroner and demands he tell him the new identity of a woman named Sonia Bloom that he met with 15 years ago. Before the Coroner is arrested and taken into custody – he tells Red that Sonia Bloom’s new name is Adrian Shaw.

Liz is contemplating donating blood to save Kirk. She calls Tom at home and he tells her that it is a horrible idea and Kirk is a part of her past. Tom confesses that he just met his real mother Susan Hargrave, and he never even looked back. He wants Liz to leave Kirk behind her just like he did Susan. Ressler and Navabi get to work trying to figure out who Adrian Shaw is and why Red is looking for her. It turns out that she is a hematology doctor who specializes in genetics – and coincidentally she is working on a new treatment that could save Kirk’s life. Red wants Kirk dead – so they fear he may try to kill Adrian Shaw to prevent her from saving him.

Ressler and Navabi get to work trying to figure out who Adrian Shaw is and why Red is looking for her. It turns out that she is a hematology doctor who specializes in genetics – and coincidentally she is working on a new treatment that could save Kirk’s life. Red wants Kirk dead – so they fear he may try to kill Adrian Shaw to prevent her from saving him.

Tom shows up to the hospital and is livid to see that Elizabeth is going through with the transfusion to save Alexander Kirk. He’s upset that she didn’t listen to him, Liz apologizes for not telling him sooner that she was going through with it. She reassures him that it is perfectly safe – little does Liz know, Kirk’s men are working on a plan to get him out of the hospital and escape from the FBI. Liz is taken away to be prepped for surgery.

Ressler and Navabi raid a Navy ship that they think Adrian Shaw is conducting her medical research and experimental clinic on. Little do they know, red made it there a few minutes before them and has already taken Adrian Shaw. Ressler and Navabi find Shaw’s medical equipment but the ship appears to be completely empty, except for all of her patients – who are lying in what is similar to a jail call and covered in welts and bruises, they’re barely alive. One of the patients attacks Navabi, but Ressler comes to her rescue.

Liz is about to go in to surgery, and the doctor has bad news – she is not a match for Alexander Kirk’s blood after all. In fact, Elizabeth is not even his daughter.

Red takes Adrian Shaw and her partner to an abandoned warehouse. Navabi calls Red and accuses him of kidnapping Shaw and planning to kill her. Red blows Navabi off and hangs up on her. Red takes Shaw in to the warehouse and says that they need to talk. He takes her to a new lab that he has set up for her.

At the hospital – Liz is baffled, she doesn’t understand how the DNA tests she saw were wrong and Kirk isn’t actually her father any more. In his hospital room – Kirk stands in the window and gives a man outside a signal, his men prepare to storm the hospital and break him out.

Liz checks in on Kirk, he’s all dressed and says he wants to go back to the chamber at the FBI since he is not going to get a transfusion. Liz calls Red and asks him if he tampered with the DNA tests. Red tells her to get out of the hospital ASAP, if Kirk knows Elizabeth is not his daughter, then there is nothing stopping him from killing her.

While Red and Liz are on the phone – Kirk’s men make their move. They are planted all over the hospital, hiding as doctors and patients.