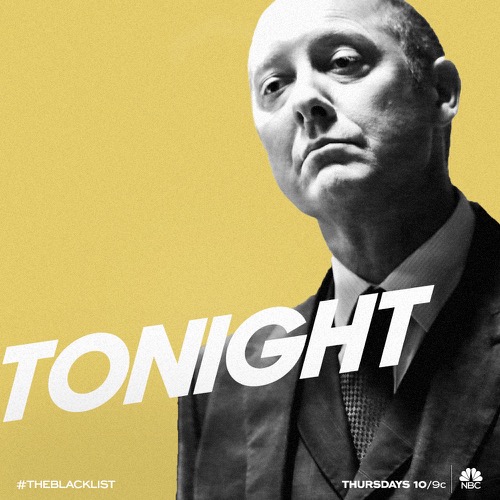 Tonight on NBC their hit drama Blacklist starring James Spader airs with an all-new Thursday,  October 27, 2016, episode and we have your Blacklist recap below.  On tonight’s Blacklist Season 4 episode 6  Red (James Spader) and Liz (Megan Boone) see an opportunity to make a move on Kirk’s organization.

Did you watch the last The Blacklist season 4 episode 5 where Liz’s (Megan Boone) loyalties were tested as Red (James Spader) took action on an operation to intercept Alexander Kirk? If you missed it we have a full and detailed Blacklist recap, right here for you!

On tonight’s Blacklist season 4 episode 6 as per the NBC synopsis, “Red and Liz gain leverage to infiltrate Alexander Kirk’s organization when Kirk joins in business with a shadowy group that hacks secure computer systems.”

Tonight’s episode of The Blacklist kicks off in Minsk – powerful business men have been called to a meeting, they all have one thing in common, the US has frozen all of their assets. The man who has called the meeting, a man named Le Bron offers all of the men $600 Million each, but when their assets are unfrozen, he wants $160 Million in interest. Le Bron leaves the meeting – then in the elevator, he is robbed by a hitman named Oscar, who was sent by Red.

Red heads to the FBI and briefs them on Le Bron. He explains that when the government seizes criminal’s assets, Le Bron offers them a loan to keep their illegal businesses running. Red explains that Alexander Kirk is one of Le Bron’s clients, and he plans to use Le Bron to get to Kirk. There’s one catch, in exchange for Kirk, Le Bron wants immunity. Harold agrees to make some phone calls and see what he can do.

Liz Keene is on hand for the meeting, but she’s not exactly wearing bells. She’s still pretty upset about Red lying to her about Kirk being her father. Harold calls Liz in to his office – he lectures her about putting her personal issues with Red aside so that they can work with him to find Agnes. Meanwhile, in the other room, Navabi is awkwardly giving Aram dating advice about his girlfriend.

Harold calls Cynthia to discuss getting Le Bron immunity. Red sets up a meeting to hand Le Bron over to the FBI, but it looks like someone is a few steps ahead of them. When Navabi and Ressler are picking up LE Bron, a sniper shoots him and kills him. It looks their link to Kirk is already dead.

The next morning, Navabi, Ressler, and Aram all receive mysterious pizza deliveries with a letter from Red telling them that their cars are waiting for them outside. The FBI team is brought to a mysterious underground warehouse that looks abandoned, Red and Liz are waiting for them. Red and Liz have been pretending to hate each other – because they know that someone has hacked into the FBI and is spying on their entire team, Le Bron’s death proves that.

Apparently, there is a group of hackers called the Thrushes, and they are the worst of the best when it comes to hackers. They have hacked into subways and caused accidents, they destroyed central intrifuges in India that killed thousands, and now they are working for Kirk and hacking into the FBI to stay one foot ahead of Red and the team.

Harold meets with Panabaker, he warns her about the Thrushes. Panabaker wants to shut down the entire system, but Harold convinces her to let the hackers keep hacking them so that they can track them down and use the hack to feed Kirk the wrong information.

Meanwhile, poor Kaplan is still changed to a bed in a cabin with the strange man that found her in the woods after she was shot. Kaplan can barely speak, she tries to say that she shot herself in the woods and nobody is going to come looking for her. The man isn’t buying it, he taunts Kaplan and tells her to show him where she stashed the gun in the woods.

Since Kirk has been listening in on Liz and Red – he thinks that Liz has cut Red off, so he reaches out to her. He gets a burner phone to her, and Liz calls him. Red listens in on their call. Liz sets up a meeting with Kirk and he reassures her that Agnes is doing just fine.

Navabi reaches out to her old friends in India to get some insight on the Thrush attack. They show her some photos of the people they thought might be responsible – and she is shocked to see that one of the people in the photos is Aram’s girlfriend. Meanwhile, Aram did some investigating of his own, and he realizes that he is the FBI leak and his girlfriend had uploaded a virus on his laptop.

Rather than busting Aram’s girlfriend, the FBI decides to fight back with a dose of her own medicine. They wire Aram up and Navabi gives him a stun gun, he meets up with his girlfriend Elise and he has a flash drive that he is going to put in her computer so that they can track down Thrush through her.
It turns out, Aram is horrible at going undercover. It’s not long before his girlfriend suspects that something is off with him. Luckily, he manages to upload a file into her laptop to trace the Thrush before Elise attacks him. Ressler and Navabi rush in to the house while Aram is trying to fight off Elise and they arrest her.

The meeting between Liz and Kirk is all set, and the FBI and Red plan on apprehending him when he arrives. Liz sneaks off and calls Kirk and warns him that he is walking to a trap and the FBI and Red have Aram’s girlfriend and they are setting him up. Kirk still wants to meet with Liz, he picks a different meeting place.

Liz sneaks away and meets with Kirk on the top of a roof. He tells her that he will give her Agnes as soon as Red is dead. Apparently, he sent his men to the old meeting place where Red is waiting for him to kill him. Liz argues that isn’t part of the deal.

Red’s men barge on to the roof – apparently, Liz brought Red with her. Red’s men take out Kirk’s men. But, Kirk has Agnes, he rushes to the roof edge and threatens to jump with the baby. Liz pleads with Kirk in Russian and calls him “Father,” apparently she hits Kirk’s heartstrings and he surrenders to Red’s men and hangs baby Agnes over to Liz. Kirk is arrested by the FBI and brought in to the office in handcuffs.

Tonight’s episode of The Blacklist ends on a high note. Agnes is reunited with Tom and Liz and they take her home and put her to bed. Red shows up at Liz’s doorstep and she lets him in to see baby Agnes safe in her nursery. He says his goodnights and leaves.