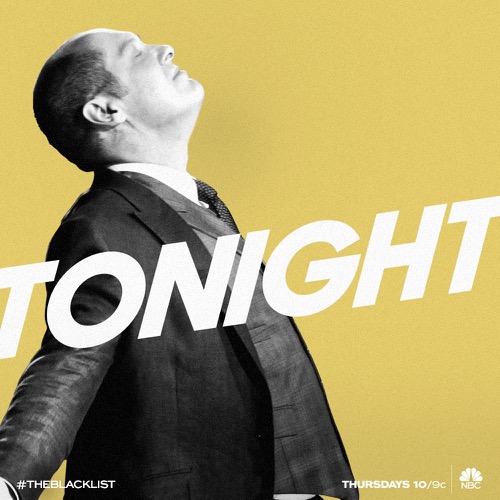 Tonight on NBC their hit drama Blacklist starring James Spader airs with an all-new Thursday,  October 20, 2016, episode and we have your Blacklist recap below.  On tonight’s Blacklist Season 4 episode 5  the task force scrambles to stop a killer who’s targeting tech inventors.

Did you watch the last The Blacklist season 4 episode 4 as Red (James Spader) set Liz (Megan Boone) and the Task Force on the trail of an eco-terrorist with a mysterious connection to Alexander Kirk, Tom (Ryan Eggold) took matters into his own hands? If you missed it we have a full and detailed Blacklist recap, right here for you!

On tonight’s Blacklist season 4 episode 5 as per the NBC synopsis, “Liz’s (Megan Boone) loyalties are tested as Red (James Spader) takes action on an operation to intercept Alexander Kirk. Meanwhile the Task Force races to find a killer who targets inventors of revolutionary technology.”

Tonight’s episode of The Blacklist kicks off with an inventor in some sort of underground lab – he has just finished creating an invention that could change the world. His partner pops a bottle of champagne to celebrate, and as soon as he has one sip he falls to the ground struggling to breathe. The killer takes off his lab coat and heads to work as if nothing happened. Tom Keen barges

Tom Keen barges in to Ressler’s office and begs him to give him a lead on Kirk that he can run down, he needs to help find his daughter Agnes to keep sane. Ressler reluctantly hands over a file on the KSR, a group of Russians that despises Kirk almost as much as Tom does. Ressler says that the Russians might have some info on Kirk’s whereabouts.

Red is hiding out t a church, torturing Kirk’s doctor. The doctor insists that he has no idea where Kirk is, they call him when it is time for Kirk’s transfusion and he goes to whatever address they give him. Liz stops by to check in on Red. He fills her in on their next Blacklister, a corporation called the Lindquist. Apparently, they shut down major inventors of new products by killing them to keep their discoveries off the shelf and from being patented. Red calls Navabi and briefs her on the Lindquists.

Navabi fills the FBI task force in on the mysterious deaths of scientists that were murdered just days before their products were completed. The most recent victim of the Lindquist Corp. was Omar, the man that was killed in the lab at the beginning of the episode.

Unfortunately, the FBI was too late. When they arrive at her house, they find her dead in the basement with a suicide note, but they suspect she was actually murdered. While they are going through Omar’s stuff – they discover that he might have been hooking up with one of his co-workers, Navabi finds a photo of Omar and a girl from his lab.

Navabi tracks down Omar’s secret girlfriend, she confesses that they were having an affair. She explains that Omar had just created a desalination process – he discovered away to extract salt from seawater and make it clean for drinking, and provide millions of people with water. Then, he was murdered because of it. Omar met an attorney that promised to help him patten his idea and market it, that’s who she thinks killed him.

Meanwhile, the Lindquist Attorney is already moving on to his next victim – he introduces himself as Douglas to a young girl at an expo where she is trying to pitch her new idea to investors.

Aram finally gets a lead on the attorney, he is able to zoom in on his business card and gets the attorney’s contact info. When they head to the lawyer’s office, they are shocked to discover that the man they are looking for is black. Ressler explains that there is someone out there stealing his identity and passing out his business cards.

After some serious detective work, and running some traces on the lawyer’s burner phone, Aram has a name and address for Ressler and Navabi. Apparently, the fake lawyer’s real name is Sylas. Ressler and Navabi rush to the address – but no one is home. They find all of Sylas’s fake ID’s and files – including his next victim, Riley, she’s working on a magnesium battery.

Navabi and Ressler race to Riley’s address, Navabi tries to call Riley and warn her but Riley doesn’t pick up because she is with Sylas. He pours a drink of champagne and she passes out and falls on the floor. While Sylas is stealing her files from her computer, Ressler and NAvabi pull up in the driveway. Navabi finds Riley on the floor and starts doing CPR, Sylas is gone.

Meanwhile, Red and Liz arrive in Switzerland. Kirk finally called his doctor and gave him his location. Right before thay are about to meet Kirk, Red drops a bomb on Liz and informs her that she has to stay behind because he doesn’t trust her around Kirk.

Sylas knows that the jig is up, he heads straight to the patent office where he works with a gun. He takes everybody in the office hostage, and gets to work on the computer and downloading all of the files. Agent Navabi arrives and tries to negotiate with Sylas.

Meanwhile, Tom Keen’s lead with the Russians pans out – he gets information that Kirk is in Russia. He calls Liz to tell her the good news, she realizes that Kirk is not in Switzerland and that Red is walking in to a trap. Liz calls Red and tries to warn him that Kirk set him up, but Red doesn’t believe her and hangs up on her. Then, a bomb explodes in the warehouse where Red and his team are waiting for Kirk. It looks like Liz and Tom were right after all.

Red and Dembe have some bumps and bruises but they are fine. Red’s men on the other hand are in bad shape. Red is furious, he shouts at the doctor and wants to know who tipped Kirk off. Red calls Liz back, he suspects that she might be the one that tipped Kirk off.

Back at the patent office, Sylas tell Navabi that he wants $20 Million in cash. Navabi tries to keep Sylas talking – he rants about someone stealing his discovery, so he came up with an idea that will change the world and doesn’t need a patent.

At the FBI office, Aram hacks in to the patent office computer and discovers that Sylas isn’t downloading files, he’s uploading them to the internet. Every design that he has killed for and stolen, he’s uploading to the masses. And, some of those designs are going to fall in to the wrong hands. The FBI doesn’t have time to play any more games, Sylas’s upload will be complete in just 13 minutes.

Aram talks Ressler through shutting down the server at the patent office, Navabi rushes through the door and shoots Sylas and manages to save all of the hostages.

Liz returns home, Tom tells her that he found some information on her in the Russians’ file – it’s a copy of Liz’s DNA test and proves who her father really is.

Red meets with Laurel from the FBI office, she hands over one of the patent files that they confiscated from Sylas – apparently that was what Red wanted all along.

Liz barges in on Red while he is eating dinner, with the DNA report, it proves that Kirk is her father. She shouts at Red that he told her that her father was dead, and it was her fault. Red has lied to her all along.