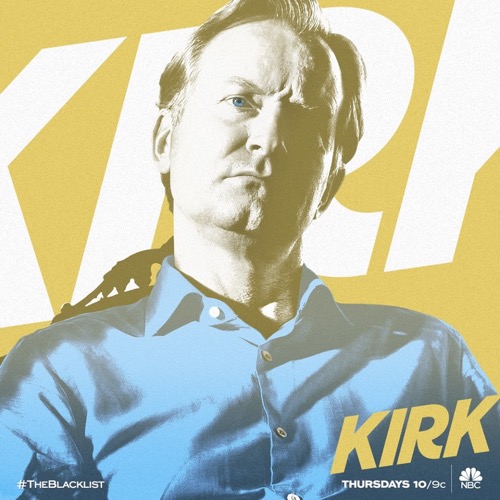 Tonight on NBC their hit drama Blacklist starring James Spader airs with an all-new Thursday,  October 13, 2016, episode and we have your Blacklist recap below.  On tonight’s Blacklist Season 4 episode 4 Tom (Ryan Eggold) takes matters into his own hands as the task force tracks an eco-terrorist with intriguing ties to Alexander Kirk.

Did you watch last The Blacklist season 4 episode 3 where Red (James Spader) and the Task Force took extreme measurs to hunt down one of Alexander Kirk’s allies, Miles McGrath (Tate Ellington), a “criminal incubator” who financed crimes for profit? If you missed it we have a full and detailed Blacklist recap, right here for you!

On tonight’s Blacklist season 4 episode 4 as per the NBC synopsis, “As Red (James Spader) sets Liz (Megan Boone) and the Task Force on the trail of an eco-terrorist with a mysterious connection to Alexander Kirk, Tom (Ryan Eggold) takes matters into his own hands. ”

Tonight’s episode of The Blacklist kicks off with Elizabeth Keen up late – she’s going through the FBI files on Kirk. She gets a video invitation on her computer, its from Kirk. Kirk tells her via video chat that Agnes is safe and he won’t hurt her. He insists that this isn’t just about their blood, he wants Liz to be a part of his life, he wants to be with her and Agnes. But, that isn’t possible until Red is out of Liz’s life. Kirk promises to keep the video feed up so that Liz can see Agnes whenever she wants.

The next day, Liz meets up with Red – he supposedly has a lead on Kirk. Red says that the next Blacklister is an eco-terrorist that is obsessed with saving Mother Earth, he goes by the name of Gaia. Red won’t tell Liz how Gaia can lead them to Kirk.

Liz heads to the FBI and briefs them on Gaia. Gaia kills innocent people to make a point that innocent people will die if the environment is not cared for. Harold tells his team to get everything that they can on Gaia and his latest terror act, a chemical spill. After the meeting, Samar reveals to Aram that she submitted her transfer request and she’ll be leaving soon.

Meanwhile, Tom goes behind Liz’s back and hires a team to trace the video link that Kirk set up of Agnes. Liz didn’t want to risk Kirk shutting it down, but Tom is determined to find their daughter.

Ressler and his team discovers that Gaia is plotting to blow op an oil pipe line and fracking facility near New York, it will also create an explosion at a nearby nuclear plant.

Gaia has a wife, and a son, who is deformed from something – most likely that’s why he is taking environmental safety in to his own hands. Gaia tells his wife that she needs to take their son far out of New York. But, he won’t tell her what he has planned.

Tom calls Liz and reassures her that he is not tracing the video, he flat out lies to her. He has a team of men and they are standing outside of a house in the dark, with their guns loaded. Tom thinks that he has found the house where Kirk is keeping Agnes. Tom hangs up and he and his men prepare to take the house by storm.

Kaplan wakes up dazed and confused – she is in a cabin in the middle of the woods with a strange man and his dog, she’s badly wounded and can’t speak. The man that rescued her is fixing her some food, he says she needs to get her strength up. He helps her sit up and feeds her with a spoon.

Tom is duped – they storm the house and find nothing but a bunch of servers. Kirk finds out that Tom traced the video feed and he is furious. Liz swears she had nothing to do with is – but Kirk shuts down the video feed so that she can’t watch Agnes any more.

Red, Liz, Ressler and the task team are all working hard trying to track down Gaia. They realize that Gaia’s plot is much more dangerous than they thought. He is going to blow up the pipelines when the tide in the Hudson River is at its lowest – which will cause way more damage and make it impossible to shut down the nuclear plant. They get a hold of his plan layouts and realize he is going to attack from the air.

Ressler and Samar rush to a nearby helicopter dock, and they find Gaia. But, they are too late – he steals one of the helicopters and takes off over the Hudson River. Ressler grabs a nearby walkie talkie and contacts Gaia and tells him to return the helicopter or else they will shoot him down. Gaia scoffs at Ressler’s orders, he knows that there is no way they will have time to get fighter jets up in the sky.

Ressler keeps Gaia talking while he is up in the air, meanwhile Aram hacks in to the helicopter’s computer and shuts down Gaia’s propellers. Aram feels horrible killing him, so at the last minute Harold hits the button on the keyboard and takes down the helicopter. Gaia and the helicopter crash in to a section of woods near a local playground.

Red tracks down Gaia’s wife Maya and her son at a diner outside of time. He tells her that Gaia is no longer a threat – then he orders them some ice cream. Maya is obviously confused and has no idea who Red is or how he knows who they are. Red doesn’t want anything from Maya, he just wants her son’s doctor’s name and phone number. Red explains that there is a child who’s life hangs in the balance and her son’s doctor can save her.

Tom returns home, he and Liz exchange words. Liz is furious that he blew her shot of seeing her daughter. Liz leaves and meets up with Red. He explains to her that he is getting closer to Agnes, he has the doctor’s contact information and it just so happens that Gaia’s son’s doctor is the same doctor that treats Kirk.

Red and Dembe kidnap Dr. Sebastian Rifler – Red informs him that he will be accompanying him to his next house call to Alexander Kirk.

Tonight’s episode ends with Kaplan waking up in the middle of the night in the dark cabin – she realizes that she has been chained to the bed. Apparently, the man that saved her is not a good guy.