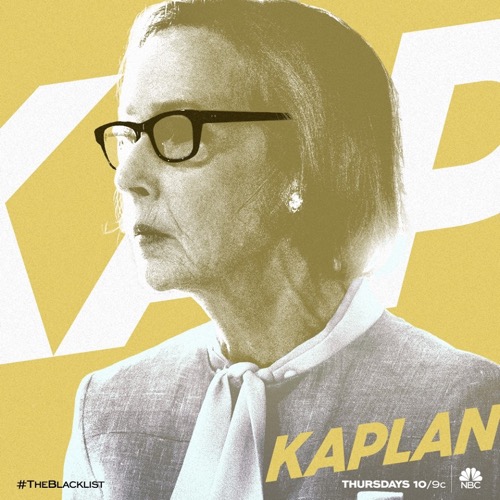 Tonight on NBC their hit drama Blacklist starring James Spader airs with an all-new Thursday,  October 6, 2016, episode and we have your Blacklist recap below.  On tonight’s Blacklist Season 4 episode 3 Liz (Megan Boone)  makes further discoveries about her family.

Did you watch last The Blacklist season 4 episode 2 where Red (James Spader) and the task force track an infamous bounty hunter who may have knowledge about criminal mogul Alexander Kirk’s next move? If you missed it we have a full and detailed Blacklist recap, right here for you!

On tonight’s Blacklist season 4 episode 3 as per the NBC synopsis, “Red (James Spader) and the Task Force take extreme measures to hunt down one of Alexander Kirk’s allies, Miles McGrath (Tate Ellington), a “criminal incubator” who finances crimes for profit. Meanwhile, Liz (Megan Boone) learns more about her family.”

Tonight’s episode of The Blacklist kicks off with a group of very organized men attacking a Savannah Utility company in the middle of the night – they set a bomb to go off, and knock out an entire power grid in Georgia, creating a blackout.

At the FBI office – Elizabeth and Tom are with Ressler, they are trying to track down Alexander Kirk because he has baby Agnes. Liz says that he won’t hurt the baby because he thinks that she is his granddaughter. And, she believes that he may be really related to her because her memories came back at the house in Nova Scotia.

Ressler says that the FBI is searching – but Tom and Liz can’t get involved because they don’t have security clearance. He has a change of heart and leaves the office and lets them go through the files. Aram and Samar arrive, Aram is thrilled to see Liz but Samar not so much, she’s still furious that Liz faked her death. Samar announces that she is getting transferred.
Liz leaves and meets up with Red at the cemetery, she asks where Kaplan is but Red ignores her. Liz begs him for info on Kirk, but Red says that he is handling the search for Agnes on his own. According to Red, he heard through the grapevine that Kirk contacted Miles McGrath, and Miles will lead him to Kirk.

Liz rushes back to the FBI and fills them in on Miles McGrath, basically he is a financier for criminals. He invests in their illegal business ideas and of course expects his money back plus interest. Meanwhile, Miles Mcgrath is sitting in a hotel with his team – they are the ones that just took out the power grid in Georgia. He tells them that it is time to star phase 2 of their plan.

Of course, Harold has some men following Miles McGrath ASAP, but he is a force to be reckoned with. A few of his guards take down the FBI agents.

By some bizarre miracle – Kaplan is still alive, despite the gun shot wound to her head. She wakes up in the field where red left her, covered in blood and dazed and confused. She finds her glasses lying a few feet away and struggles to reach them so that she can see.

Red calls Henry, and he’s furious. The FBI agents scared off Miles McGrath and now there is no trace of him. They lost their only lead to Alexander Kirk and Agnes. One of the FBI agents was in the process of uploading a photo when he was killed by Miles’ men. Aram is trying to salvage the photo in hopes that it is a clue to Miles’ whereabouts.

Liz and Tom are on a mission of their own – they break in to Agent Saviano’s office, he is the one handling Kirk’s case now, and Liz takes photos of all of the evidence that they have on Kirk, then she steals a journal that looks like it belonged to her mother.

Meanwhile, Kaplan is crawling through the woods, clinging to life. She happens to catch a glance of her face in a stream of water. It’s shadowy, but it looks like half of her face is long.

Ressler calls Red, they haven’t had any luck on the photo, but they did learn that Miles McGrath hired a group of ex-seals to take down the power in Georgia a few days ago. Red tracks down an ex-Navy Seal that he thinks might be working for Miles and has a few drinks with him. He learns from Johan that he is working a mission for Miles and needs another guy – Red knows just the guy for him … Tom Keen.

Red pays Tom a visit and tells him that he is going back undercover on Johan’s mission. He explains that Johan is working for Miles, and Miles will lead them to Alexander Kirk.
Tom meets up with Johan and his men the next day – the FBI tails them in an unmarked car. Tom and Johan park on an overpass and then jump on a moving train as it goes through the underpass. Ressler and Samar scramble, trying to figure out what is on the train and why they are hijacking it. Aram works his magic and learns that it is a CDC train, and they are full of over 50 containers of biohazard materials for every infectious disease known to man.

The FBi manages to track down the train, and Red intercepts and finds Miles at a nearby diner selling the samples. He takes a seat at Miles’ table, and promptly shoots his accomplice. While Red is with Miles, Alexander Kirk calls and wants to meet up with Miles to pick up his sample. Miles gives Red the address for the meeting place.

Red heads to the meeting place, but Kirk isn’t there, a payphone is there and rings. Red picks up and Kirk is on the other end of the line. Red tries to barter with Kirk and offers him the virus that he wants in exchange for Agnes. Kirk scoffs that he would rather die before he ever lets Red hold his granddaughter again.

Tonight’s episode ends with Aram at home making dinner, Samar calls to chat – Aram tries to rush off the phone but it is too late, Samar hears the girl in the background that he is spending the night with.

Meanwhile, Liz spends the night reading her mother’s journal. She discusses her father’s disease, and how grateful she is that it wasn’t passed on to Liz. There’s a knock at her door, it’s Red, he tells Liz that he lost Kirk. Red explains that Kirk has aplastic anemia, and he can’t produce bone marrow cells. He needed someone with his DNA and the Ribowski virus that Miles stole in order to save his life.

The episode closes with someone dragging Kaplan through the woods on a makeshift sled – someone found her wounded and is rescuing her.