BY Amanda Austin on September 30, 2016 | Comments: one comment
Related : Recap, Television, The Blacklist 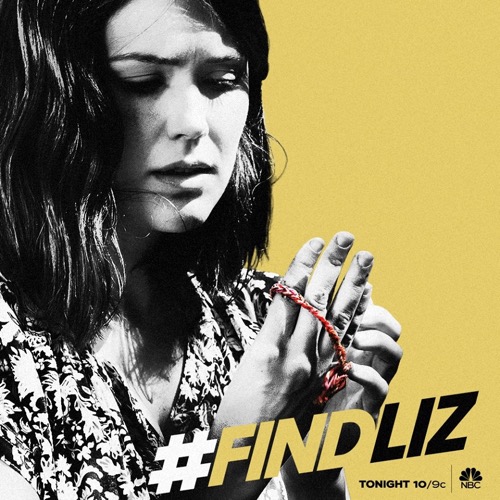 Tonight on NBC their hit drama Blacklist starring James Spader premieres with an all-new Thursday, September 22, 2016, premiere and we have your Blacklist recap below.  On tonight’s Blacklist Season 4 episode 2 Liz struggles to decide whether Kirk is trustworthy.

Did you watch last The Blacklist season 4 premiere when after Liz (Megan Boone) was  abducted by a man claiming to be her father, Red (James Spader) sets out to find her at any cost? If you missed it we have a full and detailed Blacklist recap, right here for you!

On tonight’s Blacklist premiere episode as per the NBC synopsis, “Red and the task force track an infamous bounty hunter who may have knowledge about criminal mogul Alexander Kirk’s next move. Meanwhile, Liz struggles to decide whether Kirk is trustworthy.”

Tonight’s episode of The Blacklist kicks off with Liz leaving in the passenger plane with Alexander Kirk and the pilot. Alexander scoffs that he won’t apologize for trying to get his family back. Despite the fact that in the process he is destroying her family in the process. Liz makes her move – she knocks out Kirk and steals the pilot’s gun and shoots and kills him, the plain begins plummeting towards the ocean.

Red wakes up in the car accident wreckage and realizes Agnes is gone. Tom Keen shows up a few minutes too late. He helps Red, Dembe, and Kaplan out of the crushed car. Kaplan says that she was the man’s face that took baby Agnes and his name is Mato – he’s a hired hand of Kirk’s and well known for his tracking skills. He’s a hired assassin.

Red calls the FBI office to brief them on Mato, he explains that Mato is part Indian and could sneak up on a deer and “smack it on a rump.” Agent Narabi is still not on board with helping Agent Keen but Harold tells her that she doesn’t have a choice. They get to work on customs to make sure that MAto isn’t trying to sneak baby Agnes out of Cuba.

Meanwhile, Liz wakes up in the plane – which is floating in the middle of the ocean. It’s taking on water and will sink soon. She tries to call for help on the radio – but doesn’t seem to be getting any response. Alexander Kirk wakes up, and realizes that Liz tied his hand to the seat belt. He shouts at her to untie him, he is her father, she can’t just let him drown.
Ressler and Narabi meet with the Coast Guard, they alert him of Liz’s plane and that it may have went down in the ocean.

Red and Kaplan are on a mission to find Mato – they track down an old associate of their’s named Little Niko. It turns out that Little Niko is not so little, and he is currently at the hospital getting a lap-band placed in his stomach so that he can lose weight. Red barges in to the operating room and pulls a gun on the doctor and orders him to wake Niko up in the middle of the operation.

The doctor obeys, Niko wakes up dazed and confused, with his stomach opened up. Red introduces Tom to Niko and explains to Tom that Niko knows where the psychopath is that stole his baby, and then he leaves Tom alone in the room with Niko. Kaplan and Red sit in the waiting room and listen to Tom torturing Niko, after a few excruciating moments Tom emerges with a phone number and password to contact Mato.

Apparently, Liz found her conscious on the sinking plane. She has a change of heart and unties Kirk – the two of them are clinging to a piece of floating metal. Liz is certain that the Coast Guard and the FBI will rescue them at any moment. Kirk is getting weak, he lets go of the plane and starts to sink, but Elizabeth grabs him and saves him.

A Cuban fisherman finds Liz and Kirk floating in the ocean and pulls them aboard – the only problem is that he doesn’t speak English. Liz is trying to get the fisherman to radio the police and explain that Kirk is a bad guy – in the mean time, Kirk finds the fisherman’s gun and shoots and him.

The Cuban Fisherman shows up at the dock in his boat – medics rush him away in an ambulance. Before he leaves he explains to Ressler and Navabi that the “terrorist took the woman away in a speedboat.” They just missed Liz…again.

Red, Tom, and Kaplan lure Mato back to Niko’s office. After a brief foot chase, they take down Mato. He confesses to Red that he doesn’t have the baby any more, he sent her with his men to Kirk. Mato says that Kirk took Liz and the baby to a Summer Palace in Cape Breton, Nova Scotia.

Elizabeth arrives at the cottage, and Kirk’s doctor tends to his injuries. Liz meets a woman named Katjia, she manages that cottage for Kirk. She explains to Liz that this is the first time he has returned to the cottage in years, it was always too painful for him to come home. But, he wanted Liz to see where she came from. Liz heads upstairs in the cottage to snoop around. She finds a bedroom full of toys and a dollhouse, it was her old bedroom. She even finds a photo that she drew of her with her parents.

Kirk finds Elizabeth in her childhood bedroom. He tells her that red has been lying to her for years, he was in love with her mother, and that’s why he is obsessed with her.

Kirk leaves Liz alone in her room, she looks out the window and sees a swing hanging from a tree in the front yard. Liz heads outside and has a flashback to when she was a little girl – she and her mom buried a time machine in the yard full of some of her treasures. Liz starts digging in the yard with a stick and it’s not long until she finds the can with their treasures. It looks like Kirk might be telling the truth after all.

Suddenly, the house is surrounded by GBI agents, Ressler and Navabi have arrived. After they take down all of the security – Ressler rescues Liz, but Alexander Kirk is already gone.

The FBI agents take Liz and Tom in to protective custody to keep them safe from Alexander Kirk until they find baby Agnes. Red catches a glimpse of Liz, and then he drives off.

Red takes Kaplan to a hidden acre of land in the middle of the forest. Kaplan knows that her time could be running out. Red snarks at her that he can never trust her, ever, not after the way that he betrayed her and helped Liz fake her death. Red tells Kaplan that he knows that she has always wanted a “pristine place to live out her final days, and the acre is her’s, for all of eternity.” Then, Red pulls out his gun and shoots Kaplan in the head and walks away.

Little does Red know, Kaplan is not dead, her hand twitches after he leaves her lying on the ground.