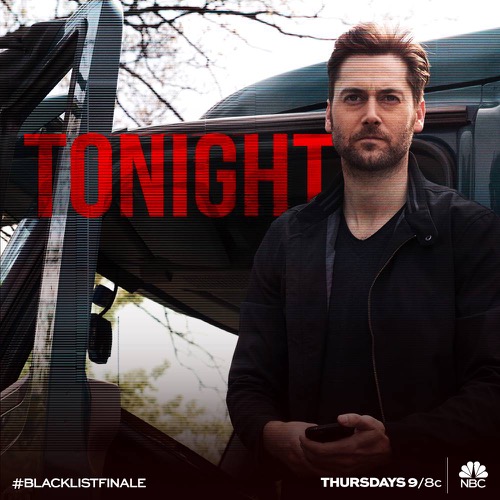 Tonight on NBC their criminal drama, The Blacklist starring James Spader continues with an all new Thursday May 19, season 3 finale called, “Alexander Kirk: Conclusion.” On tonight’s episode, conclusion. A stunning betrayal leaves Red (James Spader) and the task force scrambling to save one of their own.

On the last episode part 1 of 2. Red and the task force continued to seek revenge as they inched closer to the mysterious criminal behind recent tragic events, but they had to work outside the law in order to succeed. Did you watch the last episode? If you missed it, we have a full and detailed recap right here for you.

On tonight’s episode as per the NBC’s synopsis, “conclusion. A stunning betrayal leaves Red and the task force scrambling to save one of their own, as they close in on the mysterious person responsible for recent tragedies. The Season 3 finale.”

Tonight’s episode of The Blacklist kicks off with Alexander Kirk meeting with his team of advisors. He is watching a news report of Senator Diaz announcing that he has suspended his candidacy for President. He announces that Alexander Kirk is financing terrorism and support Gihad terrorists by buying their oil.

Raymond Reddington meets with Diaz. Diaz says that he did everything he asked – he needs the campaign money back or he won’t be able to run for President. Diaz tells Red that there is no way that Alexander Kirk is coming to the hearing. Red says Alexander will show, and Red will give him bac his money and he can be President.

Red tells Diaz that once he is President, he wants him to pardon Elizabeth for killing the FBI agent, even though she is dead. Red wants things “to be put right.”

Meanwhile, a shady henchman meets with one of Alexander Kirk’s men in the US. He gives him a file from Kirk with instructions. Kirk wants Agnes, and he wants Tom Keen dead. The henchman tells him that it won’t be a problem.

Tom arrives at Agnes’ nursery and Red is there with the baby and Mr. Kaplan. Tom demands to know where Kirk is – the deal was that he let Red see Agnes, and Red was supposed to help him kill Kirk.

Red heads to the FBI, he announces that the money that they stole from Kirk he gave back to Diaz, and Diaz is helping them lure Kirk to the United States. Tom Keen and the FBI agents are not thrilled when they hear that the oil they helped Red hijack wasn’t from terrorists, Red is just framing Kirk. Red says that he will get the oil in to Kirk’s men’s hands – but he needs Harold Cooper and his team to arrest them.

Red and Dembe head to some sort of radical redneck church – apparently Red is old friends with the pastor. Red tells him that he needs information on a gas company called Nexaco.

Meanwhile, Kirk’s henchman is closing in on Tom Keen. He has Tom’s doctor call to give him Agnes’ test results. He uses the phone call to track Tom’s location – he’s still hiding out at Scottie’s house. After he gets Tom’s location, the henchman kills the doctor to cover up his tracks.

Of course, Nexaco is owned by Kirk Alexander. When news reaches Kirk that he company was caught with terrorism oil – they tell him that he has no choice but to go the US for a hearing.

At the FBI office, Aram is having second thoughts. Ressler tells him that Alexander Kirk is on his way to the US, Aram knows that as soon as Kirk gets to the US, Red will kill him. He tells Ressler that he “doesn’t feel comfortable with it.”

Meanwhile, Red sits down with Harold and they have a heart to heart. Red tells Harold that as soon as Alexander sets foot on US soil – he will kill him. Red says that it is the only way to ensure nothing happens to baby Agnes. Harold offers to help him kill Alexander.

But, Red says he needs to do this on his own – he doesn’t want Harold and his team to get their hands any dirtier. Red tells Harold that his time with the FBI has “come to an end.” And, now that Elizabeth Keen is gone, there really is nothing more for him to do with the FBI. Before Red leaves, he jokes that someone needs to find Aram a girlfriend ASAP.

Tom Keen heads to the grocery store with baby Agnes, one of Red’s guards head to the store with Tom and Mr. Kaplan tags along too. Agnes throws up on Tom and he goes to the bathroom to wash up – he hands the baby to Mr. Kaplan. A frantic woman runs up to Kaplan with the police and screams that it is her baby. Kaplan realizes that she is holding a baby boy and hands the baby over.

Tom played them so that he could ditch Red’s security team and make a run for it with Agnes. Kirk Alexander’s henchman tracks Tom Keen to the airport – he learns that Tom is taking a private flight to Cuba.

Red is getting set up in an abandoned house to shoot and kill Alexander Kirk as soon as he gets off his plane. While Red and his men are taking their positions at the windows – Ressler barges in. He tells Red that this is wrong…he can’t let Red kill Alexander Kirk.

Red laughs that it is happening, whether Ressler wants it to or not. Ressler tells Red that he can’t kill Kirk because the building he is in will be surrounded in minutes. Red takes the gun and heads to the window, ignoring Ressler’s orders.

Meanwhile, Tom Keen arrives in Cuba with baby Agnes and a brand new identity. He hails a local taxi and climbs in with Agnes. Kirk’s henchman followed him all the way to Cuba too.

Red calls Aram at the FBI, he tells him to check Kirk Alexander’s flight plans. Aram says that something strange happened. Alexander landed in DC, and the he turned around and flew to Cuba. Red has Aram look up Tom’s alias and learns that he went to Cuba too. Kirk is going after Agnes.

Red pays the pilot a visit that flew Tom to Cuba. The pilot says that he thought that it was Red’s idea, he said Kaplan made the flight plan. Red tracks down Kaplan and he is furious – Kaplan says that she was just protecting Agnes….and Elizabeth. Elizabeth is alive, and in Cuba too.

In Cuba, Elizabeth is reunited with Tom and Agnes. He tells her “we did it, we’re free.” Red and Kaplan board a plane to Cuba to save Elizabeth and Agnes from Alexander Kirk. On the plane, Kaplan explains that she and Elizabeth came up with the plan to fake her death while she was in labor, Tom and Nik were in on it too. Nik gave her a beta blocker to slow her heart rate and pulse, then Kaplan found another body to use at the funeral.

Tom heads out for supplies – when he returns Elizabeth and Agnes are both gone. He finds the window broken, and Alexander’s henchman is standing over Agnes in her crib. Tom tries to fight him off, but another guy comes out of nowhere and knocks Tom out. Back in the US, Donald heads to Harold’s office and breaks the news to him – he says that Red just called him, and Elizabeth is alive.

Red, Dembe, and Kaplan arrive at the house in Cuba where Liz and Tom were hiding with the baby. But, the house is empty – Liz, Tom, and baby Agnes are all gone.

Elizabeth is tied to a chair and being held hostage in a dark room. Alexander Kirk arrives, he introduces himself to Elizabeth and calls her by her Russian named. Kirk says, “Masha I’m your father.”