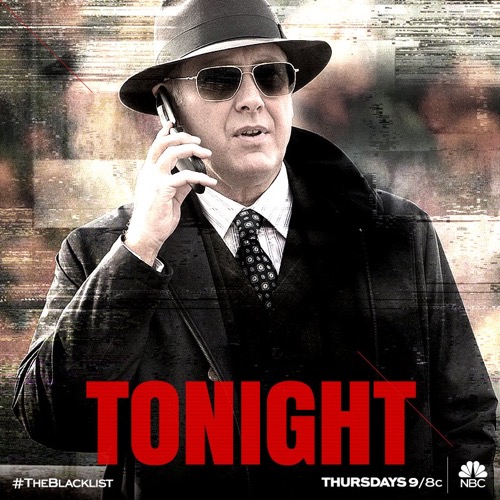 Tonight on NBC their criminal drama, The Blacklist starring James Spader continues with an all new Thursday January 7, season 3 winter premiere called, “The Director.” On tonight’s episode, Red (James Spader) and Liz (Megan Boone) are separated when Red falls into a perilous situation.

On the last episode Red and Liz were separated when Red fell into a perilous situation. Elsewhere, Samar made a risky choice to help Liz, and Tom and Cooper continued their quest to exonerate Liz. Did you watch the last episode? If you missed it, we have a full and detailed recap right here for you.

Tonight’s episode of The Blacklist is going to be great and you won’t want to miss it. So pop some popcorn, grab a snuggle buddy, and definitely tune into this amazing series! Hit the comments and let us know if you are excited about season 3.

Tonight’s episode of ‘The Black List’ kicks off with Elizabeth Keen in custody – she is being transported to the federal court house for a closed hearing in front of a judge. Meanwhile, Peter is panicking – he and the members of the Kabul are determined to make Elizabeth “go away” before she gets to the court house and tells her story in front of the judge.

En route to the court house Ressler receives a phone call from Red – he says he only needs one more day to clear Elizabeth’s name and he wants Donald to stall, he informs Red that is not happening. Red warns Ressler not to let Elizabeth out of his sights – he is about to see what the shadow government is really capable of. Donald hangs up on Red – so he calls Aram, Red tells him that at this point he is the only person that can keep Elizabeth alive.

In Lake Yvonne, Maryland – Tom Keen and Harold arrive at the secret cabin in the woods. They still have Karakurt – Harold and his wife Charleen begin bickering because he just found out that she cheated on him with their neighbor. Harold heads out to get supplies and warns them all to be on the lookout for the Kabul.

Ressler arrive at headquarters with Keen – and a squad of armed FBI agents. They are holding her there in a bulletproof chamber until it is time to take her to the court house. Elizabeth tells Ressler that he is never going to make it to the hearing alive – he promises to keep her safe. Ressler catches Peter trying to have his men move Elizabeth to another location. Ressler tries to stop him, but Peter informs him that he has permission from the FBI director to take Elizabeth I for questioning at an undisclosed location. Luckily, he doesn’t know the ode to get in to Elizabeth’s chamber – Red had Aram hange the code on the lock.

Ressler calls Red and tells him that he is right – the director and the Kabul are after Elizabeth. Red tells Ressler that all he has to do is keep Elizabeth alive, and get Karakurt from Tom and Harold. Karakurt is going to confess, and clear Elizabeth’s name.

After they hang up, Red meets up with Agent Navabi – who is still fired from the FBI. He tells her he needs her help with a heist and a drug haul to clear Elizabeth’s name – but first he is going to have to meet with the Prime Minister of Venezuela.
Back at FBI headquarters – the Director has men trying to drill in to the chamber where they are holding Elizabeth with lasers. Ressler panics, he can’t find Reven Wright – because Hitchin killed her. He thinks he an trust Hitchin and tells her about Karakurt in Maryland. Before he leaves her office, Hitchin asks Ressler if he knows anything about “Tommy Markin” – those were the last two words that Reven said before she died.

Ressler pretends he doesn’t know who Tommy Markin is – but he just put two and two together and realizes Hitchin killed Reven and that was a code. Ressler rushes out and tells Aram what just happened. Ressler needs to go get Karakurt he tells Aram to eep Keen safe and only open the chamber for the US Marshalls.

Red meets up with Rafael, the Prime Minister of Venezuela – he tells him that he needs to meet with his boss. Rafael says it is not possible. Red gives him a present wrapped with a bow and Rafael is obviously confused. Red rushes him in to his car, he tells Rafael that he just had Navari snap photos of Red hugging him and giving him the present. Red is an interntional criminal wanted by the FBI – he threatens to leak the photos of he doesn’t get a meeting with the foreign minister TODAY.

Red tells Navabi that he got the meeting with the prime minister at the airport – but before they go to the meeting he has to steal a package called “Eldorado” from the FBI. Apparently they seized it when they arrested Keen. Meanwhile, Ressler is on the way to the cabin – he calls Harold to warn him that the Kabul is coming – but Harold isn’t with Tom at the cabin. Back at the FBI, the Director’s men are still working on breaking in to Elizabeth’s chamber.

Red and Navari are in West Virginia – where Elizabeth was arrested. They have to hijack the FBI truck full of evidence before it gets to Pittsburgh. Red has a storage locked in West Virginia, “full of useful items” – they head there to get supplies to hijack the truck. They create a fake crime scene in the woods with bags of cocaine from Red’s storage locker. They all in FBI evidence recovery truck to come pick it up – knowing that it will still have “Eldorado” on it.

Ressler arrives at the cabin – Tom lets him in. While they are arguing about whether or not Cooper sent Ressler, a van full of armed men arrives. Ressler announces, “The Kabal isn’t coming – they are already here.” Back at the FBI headquarters – the Director has outsmarted Aram, they turned off the oxygen supply and Elizabeth is slowly dying, Aram can’t get the chamber open. Aram is trying desperately to get the chamber unlocked before Elizabeth died.

In West Virginia the FBI truck finally arrives. While the men are loading up the bags of cocaine – Navari sneaks the package out of the back of the truck without being caught. Back at the cabin in the woods, Tom and Harold are surrounded – and the Cabal is getting ready to attack.

Aram has no choice but to tell the Director the pass code to get in to the chamber – they open the door and he rushes in and starts giving Elizabeth CPR, he manages to save her in just the knick of time.

At the cabin in the woods, the Kabal is attacking – Tom and Ressler give Karakurt a gun to defend himself. The Kabal riddles the cabin with bullets from machine guns. They rush in to check for survivors and Karakurt, Tom, and Harold are all lying on the floor They are able to sneak attack the Kabal.

Harold Cooper arrives at the cabin in the woods just in time to save Ressler, Karakurt, and Tom from Solomon. Ressler wants to kill Solomon so that he doesn’t make bail – but Tom suddenly develops a conscious and is able to take Ressler down. Ressler arrests Solomon and reads him his rights while he cuffs him.

Ressler arrives at the FBI to take Elizabeth to the court house – before he leaves he tells Hitchins that he knows he killed Reven Wright – and this is not over. Meanwhile, Dembe is released form the ell in the basement, per Agent Ressler’s orders and Solomon is locked up in his empty jail cell.