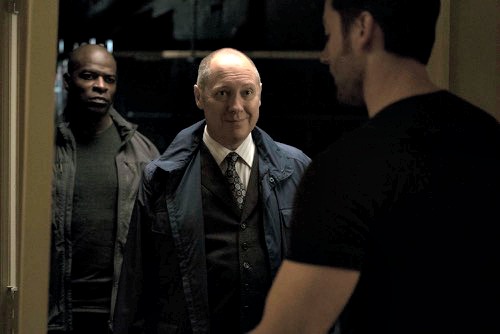 ‘The Blacklist’ spoilers for season 4 episode 8 entitled ‘Dr. Adrian Shaw: Conclusion’ is the midseason finale. The big reveal – who is Elizabeth Keen’s [Megan Boone] father? Fans were left hanging at the end of episode 7 when Alexander Kirk [Ulrich Thomsen] discovered that Liz is not his daughter.

The ‘Blacklist’ season 4 episode 8 spoilers reveal Raymond ‘Red’ Reddington will put the pressure Dr. Adrian Shaw [Linda Emond] in order to force her to help him find a former patient. According to ‘The Blacklist’ synopsis for ‘Dr. Adrian Shaw: Conclusion’ Liz will be forced to figure out how she is tied to an increasingly desperate and dangerous Alexander Kirk.

The promo for ‘The Blacklist’ fall finale promises, “After 4 seasons the answer you’ve been waiting for is here.” Was Liz conceived while Red was having an affair with Katerina Rostova [Lotte Verbeek].

Expect ‘The Blacklist’ season 4 episode 8 to be, quite possibly, the most intense episode so far. An explosion will take in the hospital, Liz won’t let Kirk out until she gets some answers. After the explosion Kirk, will somehow get Liz out of the hospital and spirit her away. “You will help me one way or another,” Kirk tells Liz.

Just how dangerous and desperate is Kirk? Desperate enough that Red will offer his life for Liz’s. ‘The Blacklist’ fall finale spoiler will have viewers on the edge of their seats as Kirk tortures Red. Kirk demands Red answer one very important question, “Are you her father?”

Red, who is used to being the torturer, not the one being tortured, says to Kirk, “What do you want me to say?” ‘The Blacklist’ season 4 fall finale spoiler promo promises viewers that the identity of Liz’s father will be revealed. Is it Red or is that to obvious an answer?