The Bold and the Beautiful (B&B) Spoilers: Will Liam and Quinn Get Back Together – Vote on This Odd Couple’s Future

BY Heather Hughes on May 24, 2016 | Comments: 4 comments
Related : Soap Opera, Spoiler, Television, The Bold and the Beautiful 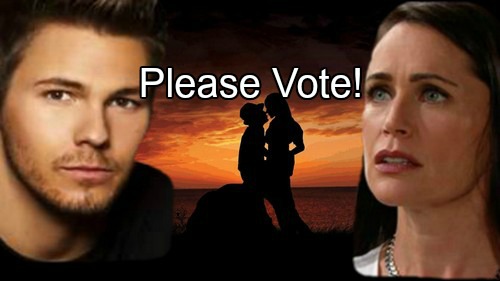 “The Bold and the Beautiful” spoilers tease that Liam (Scott Clifton) will have to decide on this week’s episodes what to do about Quinn (Rena Sofer). He’s been trying to figure out if he should press charges, but he may have a bigger decision to make soon. Quinn still loves Liam with all of her heart, but does Liam have some lingering feelings as well?

Liam told Quinn he hated her for what she did to him, but we all know there’s a thin line between love and hate. We also know that Quinn doesn’t give up on what she wants. When Quinn develops an obsession, there’s no stopping her. Right now, Quinn just can’t get Liam off of her mind. She would do anything to be with him.

Liam wants Steffy (Jacqueline MacInnes Wood), but she’s choosing to focus on Wyatt (Darin Brooks) instead. Steffy’s rejection has obviously been hard on her ex. She cares about Liam, but not enough to break Wyatt’s heart. 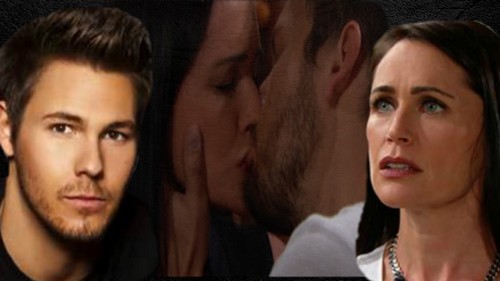 Meanwhile, we have Quinn and her unrequited love. She’s been pining for Liam ever since they left the cabin. Quinn’s devotion could prove tempting for Liam if Steffy keeps pushing him away. Liam might realize he needs to be with someone who will truly fight for him. Quinn would be more than willing to be Liam’s second choice.

Of course, it seems likely that Liam is still longing for Quinn deep down. “The Bold and the Beautiful” has been showing some flashbacks of their time together. Although the relationship between “Adam” and “Eve” was fake, the love between Liam and Quinn was arguably quite real.

Liam had an opportunity to see a softer side of Quinn. Likewise, any animosity Quinn felt was gone. Their preconceived notions were stripped away and that allowed both of them to develop a strong bond. B&B buzz suggests that Liam and Quinn could get back to that place eventually. Even if their reunion is brief, this pairing is worth another look. 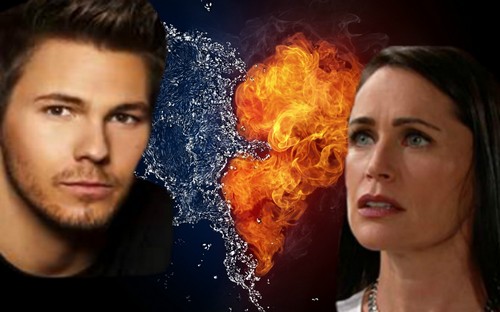 If Liam can’t manage to sort out his feelings entirely, there’s always a chance some hate sex could be brewing. Quinn will take what she can get at this point. Then again, Liam may attempt to squelch any affection he feels. He’s just very confused at the moment.

It’s tough to say where Liam’s heart will lead him. Do you think Liam will give Quinn another shot or will he steer clear of his former flame? Let us know what you think in our B&B poll! Stick with “The Bold and the Beautiful” for updates on this rocky romance.

So B&B fans, how do you feel about the possibility of Liam and Quinn getting back together? Would that be good news or bad news? Could they fully reunite or do you expect a simple hookup instead? Voice your opinion in the comments below and don’t forget to check CDL often for the latest “Bold and the Beautiful” spoilers, updates and news.