‘The Bold and the Beautiful’ Spoilers: Bill Begs Brooke to Ignore Ridge – Trouble Comes For Steffy and Liam 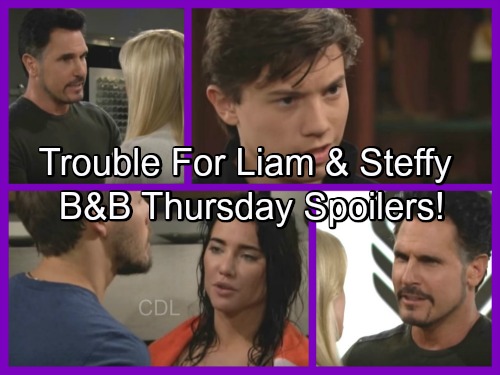 The Bold and the Beautiful (B&B) spoilers for Thursday, December 1, tease that Bill (Don Diamont) and Brooke (Katherine Kelly Lang) will have an emotional conversation. Brooke was supposed to say so long to Ridge (Thorsten Kaye) before heading off with Bill. Instead, Bill is the one who’s going to get a final farewell.

B&B spoilers state that Bill will refuse to give up. He won’t want to believe this is really happening. Bill will contend that Brooke’s relationship with Ridge is ancient history and it should stay that way. He’ll argue that Brooke can’t expect Ridge to provide the future she’s dreaming of.

Brooke will insist that she loves Bill and doesn’t want to hurt him. He’ll ask why it sounds like Brooke is saying goodbye. The Bold and the Beautiful spoilers reveal that Bill will make a last-ditch effort to keep his fiancée. He’ll make a passionate speech and urge Brooke to see through Ridge’s tactics. 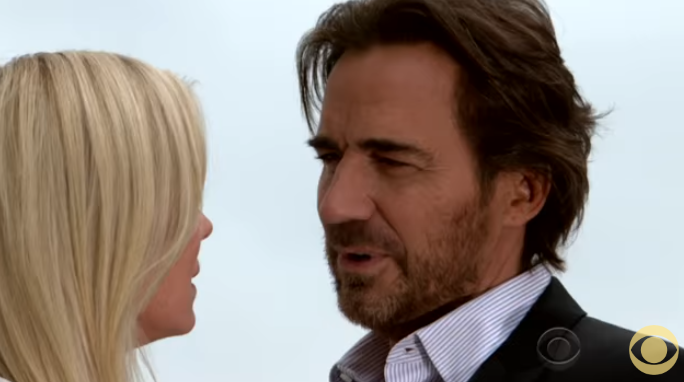 Brooke just can’t get her family off her mind. She’s beginning to like the idea of coming together with Ridge and RJ (Anthony Turpel). Bill won’t think Brooke truly wants to repeat that chapter of her life. Thursday’s preview video shows Bill saying, “Ridge has used every trick in the book, including RJ, to manipulate you.”

While Brooke and Bill debate the situation, RJ will grow concerned. He’ll ask Ridge if he thinks Bill still has a shot. Ridge will assure RJ that Brooke will make the right decision. He’ll encourage his son to have a little faith.

Elsewhere, Steffy (Jacqueline MacInnes Wood) will give Liam (Scott Clifton) updates on Bill’s plans. She’ll note that he intends on whisking Brooke away for their wedding. Perhaps this will stir up some wedding talk for Liam and Steffy, too. They know they want to be together, so they might as well start thinking about their nuptials. 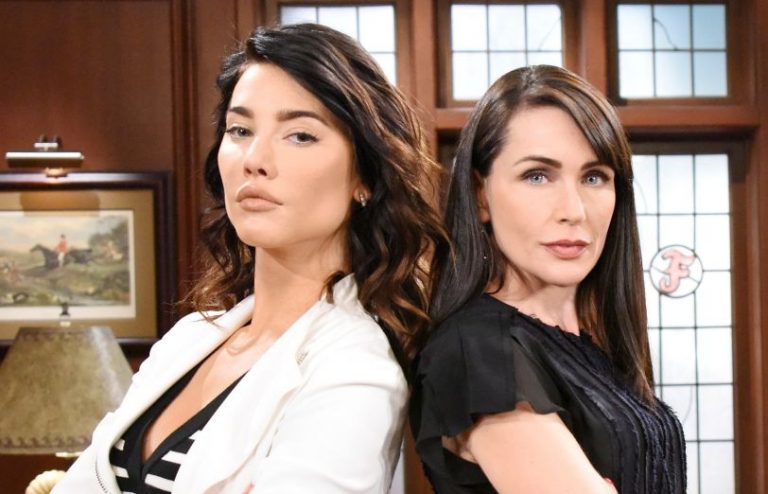 Regardless, Liam and Steffy will definitely discuss what’s next for them as a couple. They’ll both feel great about where things are headed. Unfortunately, Wyatt (Darin Brooks) and Quinn (Rena Sofer) could cause some issues. Neither one of them is convinced that Steffy will remain with Liam forever.

The Bold and the Beautiful spoilers say Quinn will soon hand over the CEO position to Steffy. She won’t add any stipulations, but she’ll still hold out hope for Wyatt and Steffy’s reunion. Naturally, Quinn will think of ways for them to team up at Forrester Creations. She might believe they’ll grow closer if they’re hanging out all the time.

Liam will pick up on some red flags when he hears that Wyatt will be serving as the head of PR. Quinn’s role as the company’s new president will also unsettle Liam. After getting held hostage and brainwashed by Quinn, it’s easy to see why Liam would be suspicious.

Nevertheless, Steffy and Liam will enjoy their moment for now. This is undoubtedly the calm before the storm. Some exciting drama is in the works and B&B fans will be anxious to watch it unfold. We’ll keep you posted as more news emerges. Stay tuned and don’t forget to check CDL often for the latest Bold and the Beautiful spoilers, updates and news.