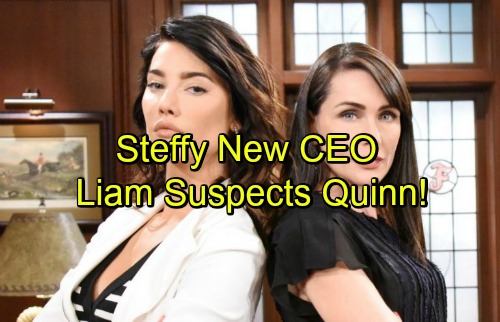 The Bold and the Beautiful (B&B) spoilers tease that a new job offer is headed Steffy’s (Jacqueline MacInnes Wood) way. Quinn (Rena Sofer) already offered Steffy the position of co-CEO if she would reunite with Wyatt (Darin Brooks). Naturally, Steffy turned it down. She’s perfectly happy with Liam (Scott Clifton).

Quinn will soon provide a more desirable option. She’ll tell Steffy can she can be the sole CEO of Forrester Creations. Quinn will also suggest that Steffy can forget about the Wyatt portion of the deal.

Of course, reuniting Steffy and Wyatt will still be in the back of Quinn’s mind. She’ll hold out hope that they can reconnect through their work. That’s because Wyatt will be serving as the head of PR. Wyatt has a knack for promotion and he’ll do whatever it takes to build a powerful brand for Steffy.

The Bold and the Beautiful spoilers say Quinn will agree to be the president of Forrester. Steffy will be a tad concerned about having Quinn as her right-hand woman, but how can she pass up this offer? She’ll certainly be tempted to sign on the dotted line, but she might take a moment to mull it over.

FC could use a strong woman running the show. The fact that Steffy is a Forrester makes this opportunity even better. Forrester Creations is a family company and Eric (John McCook) would like to keep it that way. 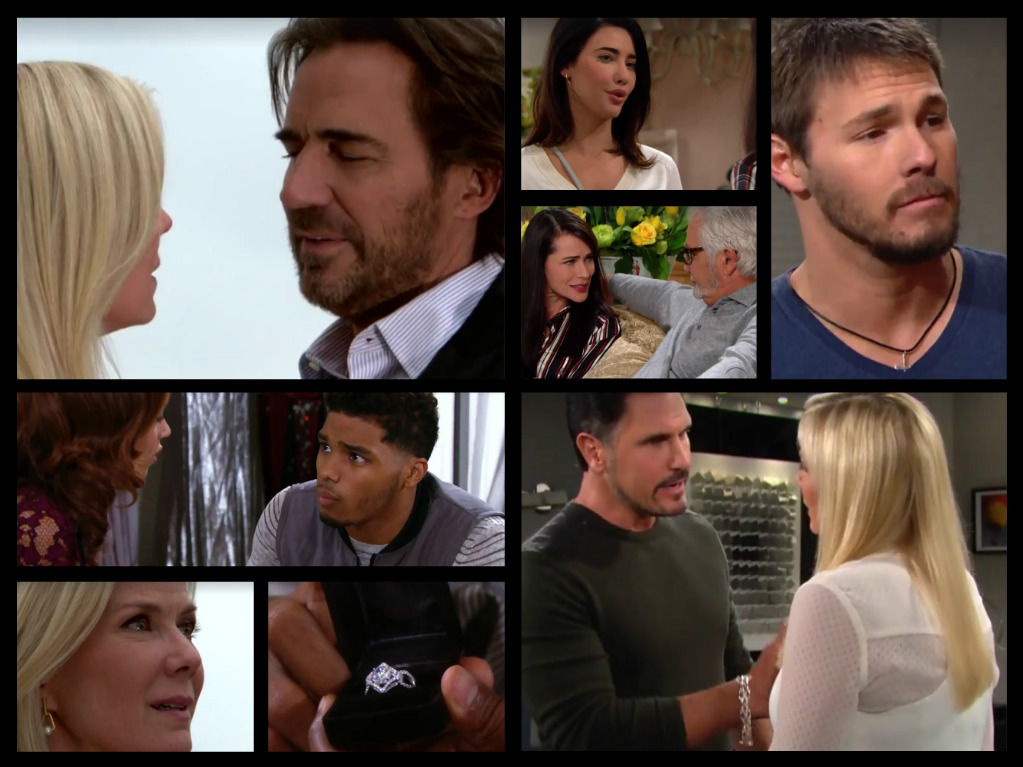 B&B spoilers state that Eric will throw his support behind Steffy and insist that she’s the right person for the job. Steffy will pass along the news to Liam and he’ll immediately smell a rat. He doesn’t trust Quinn and he’ll worry that some matchmaking is going on.

Liam doesn’t want to lose Steffy to Wyatt again. Steffy will try to quiet Liam’s fears, but he just won’t approve. His instincts will tell him something could go horribly wrong. Nevertheless, this is Steffy’s choice to make.

After considering the perks, Steffy will decide it’s an offer she can’t refuse. Ridge (Thorsten Kaye) and Rick (Jacob Young) won’t be thrilled about Steffy’s rise to power. They’ll both believe they belong on the throne.

Rick and Ridge will be named the co-vice presidents of the company, which obviously won’t go over well. They won’t like sharing the title and they’ll think they’re overqualified for this role. However, Ridge and Rick will just have to suck it up. Steffy will be head honcho and that’s that.

Where is all of this headed? Will Steffy go on a power trip? Will she let her guard down and leave herself vulnerable to Quinn’s tricks? Time will tell, but there’s definitely going to be some strife around the office. The Bold and the Beautiful spoilers say Steffy’s team will struggle with some major issues.

It sounds like Steffy will have her hands full as she tries to keep everyone in line. Meanwhile, Liam will continue to fret. His fears undoubtedly mean that trouble is brewing. We’ll give you updates as other details emerge. Stay tuned to B&B and don’t forget to check CDL often for the latest Bold and the Beautiful spoilers, updates and news.

TODAY: Brooke is torn between Bill and Ridge… pic.twitter.com/uD7lr6qiHt