The Bold and the Beautiful (B&B) Spoilers: Double Pregnancy Predicament for Quinn and Steffy – Two Babies for Liam? 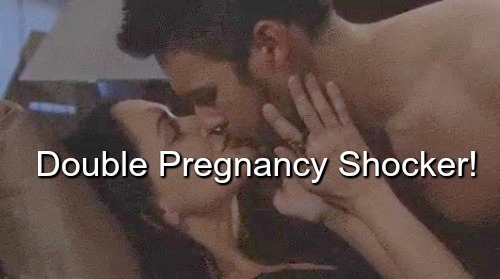 “The Bold and The Beautiful” (B&B) spoilers indicate that the twisted action between Quinn Fuller (Rena Sofer) and Liam Spencer (Scott Clifton) will get even more perverse in coming days and there may be a plot brewing involving a double pregnancy for the women in Liam’s life.

Liam and Quinn – as Adam and Eve – have been talking about starting a family. Of course, that’s because Liam has no clue that Quinn has a kid already – namely his brother Wyatt Spencer (Darin Brooks). But could Quinn’s playacting with Liam lead to an actual pregnancy?

We know Quinn did not cleverly plan out her kidnapping of Liam – it was just a lucky happenstance. That means she may not have had time to take care of any pregnancy-preventing measures. Sure Quinn is in her 40s, but women hatch babies well into that era.

Plus, Quinn wasn’t even thinking sex when she took Liam – much less love – which is where this seems to be headed. So she may have taken no precautions. Of course, this will all be much more complicated once Liam inevitably regains his memory.

If Liam got Quinn pregnant, that would make this all too real. But what if Steffy Forrester (Jacqueline MacInnes Wood) also turned up pregnant? Steffy just got with Wyatt, but since Liam has been her most frequent partner, Liam seems the most likely source of paternity if Steffy was knocked up. 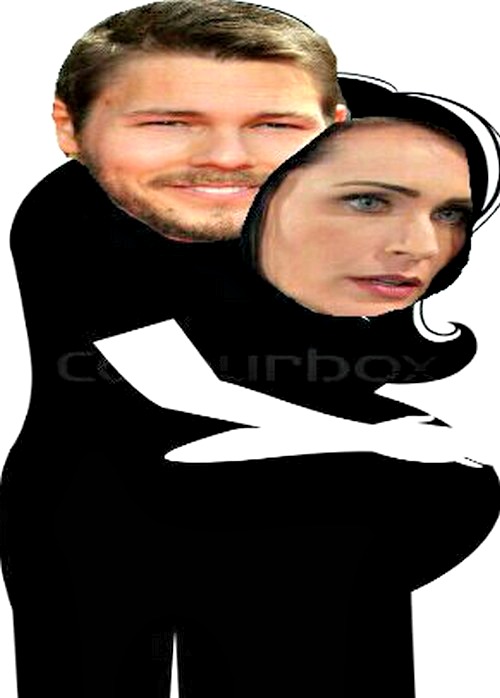 Steffy did have a bout of infertility at one point, but had that reversed via a procedure. So it’s possible that both Steffy and Quinn could end up pregnant – and both of them by Liam! How shocking would that make this already stunning scenario?

B&B spoilers hint that Liam may get his memories back in time to show up at Wyatt and Steffy’s wedding. Wyatt is pushing for them to get hitched and now that Steffy is convinced that Liam is completely done with her, she’ll likely say yes.

But even if Liam shows up at the wedding and tries to explain things, Steffy may move forward with Wyatt since she clearly now has feelings for him and is very hurt by Liam. Plus, Steffy learning that Liam has been with Quinn will be devastating – particularly when all the dirty details come out.

But imagine how confusing and shattering a baby complication would be for all of them – Steffy, Wyatt, Quinn and Liam. How would this impact Steffy and Wyatt if they just got hitched and then Wyatt found out his new wife was carrying his brother’s child?

And how doubly horrifying would it be for Wyatt to also know that his mother is carrying the child of his brother? Imagine the family nightmare… Steffy could give birth to Liam’s child which would be Wyatt’s niece or nephew.

Then Quinn carrying Liam’s child would result in a niece or nephew for Wyatt that would also be technically Wyatt’s brother or sister since it’s the child of his mother. That family tree would look like a disturbing mesh of branches that could rip all of them apart.

What do you think B&B fans? Do you think Liam could end up with babies from both Quinn and Steffy? Would this be too extreme even for “The Bold and The Beautiful”? Nah. They like to venture where other shows might not dare, so this could happen. Fingers crossed!

What do you think of the possibility of a double pregnancy dilemma? Share your comments below and come back to CDL often for more “The Bold and The Beautiful” spoilers and news.