BY Heather Hughes on September 23, 2016 | Comments: one comment
Related : Soap Opera, Spoiler, Television, The Bold and the Beautiful 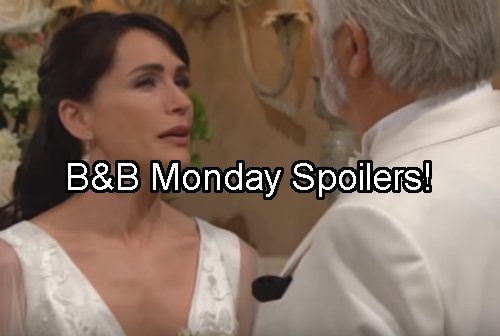 The Bold and the Beautiful (B&B) spoilers for Monday, September 26, tease that the Forresters will wonder if trusting Ridge (Thorsten Kaye) was the right move. He insisted that they should boycott Quinn (Rena Sofer) and Eric’s (John McCook) wedding, but some of them weren’t sure that was their best option. Ridge will assure everyone that they had no other choice.

It sounds like Ridge will remain confident that Eric will back out. He’ll maintain that their protest will help Eric see the light. Thomas (Pierson Fode) will suggest that it might be time to head over to the mansion. He’ll think that if they show up now, Eric might be willing to talk. 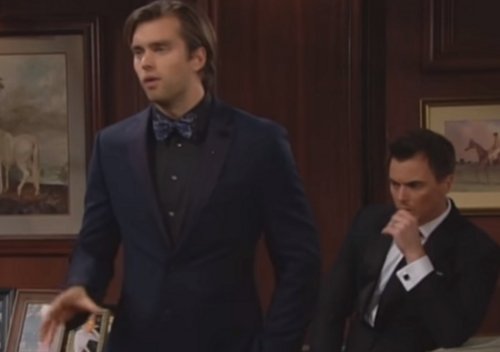 Ridge may counter that they have to see this plan through to the end. They can’t arrive too early or Eric won’t feel the full weight of their boycott. Meanwhile, Eric will tell Quinn that they should go ahead and tie the knot. The reverend will guide Quinn and Eric through their vows, but they’ll look a little blue over the lack of wedding guests.

The Bold and the Beautiful spoilers reveal that Quinn will once again express doubt. Monday’s B&B preview video shows Quinn tearfully declaring, “It’s not going to happen. We are not getting married today.” Eric will argue that calling off the wedding won’t solve his problems.  It will merely create new ones. 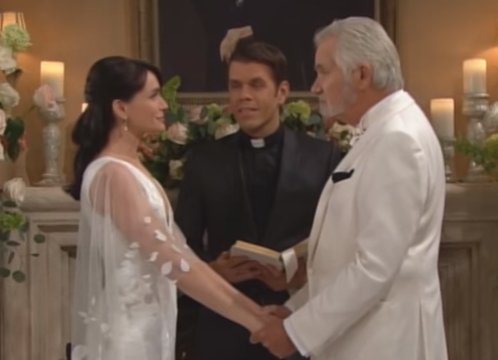 Eric hates that he’s being forced to choose between Quinn and his family, but there’s nothing he can do about it. Since the Forresters have placed Eric in this position, he’ll make it clear that Quinn is more important to him than anyone else. Now that Eric has Quinn in his life, he can’t imagine letting her go.

The Bold and the Beautiful spoilers say Eric won’t want the protesters to stop them from pursuing this dream. He’ll believe that they have to live their own lives. Quinn will ultimately agree that she’d like to become Mrs. Eric Forrester. They’ll finish their vows and start their future together. 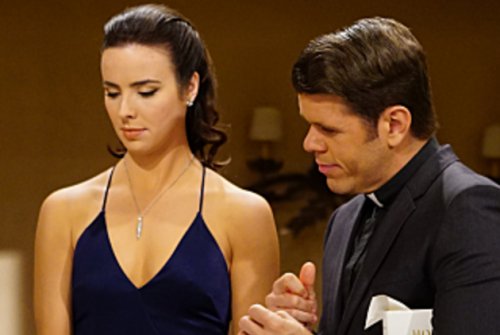 Of course, the decision to move forward with the wedding isn’t going to please the Forrester clan.  Ridge will be extremely irked that his father wouldn’t pay attention to their warnings.  Steffy (Jacqueline MacInnes Wood) will hit the roof, too.  She can’t stand the idea of Quinn being linked to Eric permanently.

Nevertheless, Eric wants Quinn by his side now and forever. He feels like Quinn has given his life meaning again. She lit a fire in Eric and now he’s ready to take on the world. The Forresters will certainly get an earful for the stunt they just pulled. Eric won’t be happy that Quinn had to deal with heartbreak on her wedding day.

An intense confrontation is on the way. B&B spoilers indicate that there’ll be some harsh words from both sides. However, Eric’s sudden medical crisis could change everything for this family. We’ll give you updates as other news comes in.