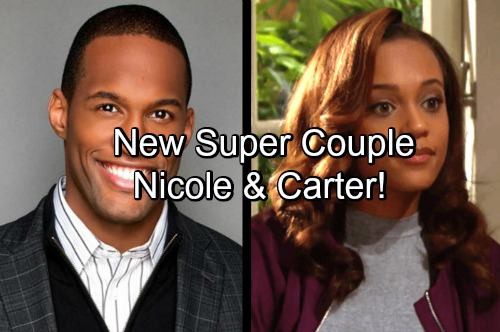 The Bold and the Beautiful (B&B) spoilers tease that Nicole (Reign Edwards) will remain distraught about Zende (Rome Flynn). She admitted that she loves him, but that just isn’t enough. Nicole can’t be with someone she doesn’t trust.

When Zende bailed during the first surrogacy, Nicole was crushed. She struggled to carry on until Zende finally understood her precious gift. However, Zende’s sudden turnaround didn’t change the fact that he slept with Sasha (Felisha Cooper).

It hurt that Zende would choose Nicole’s sister when he could’ve hooked up with any other woman in Los Angeles. It was like twisting the knife. To make matters worse, Zende did the exact same thing the second time around. He couldn’t handle the idea of another surrogacy and he hopped in bed with Sasha almost immediately.

Nicole was willing to accept it as a mistake once, but not twice. She feels like this is a blow that they can’t recover from. Sasha will soon make a few moves in hopes of getting Zende on her side. She’ll contend that they could have a future together. 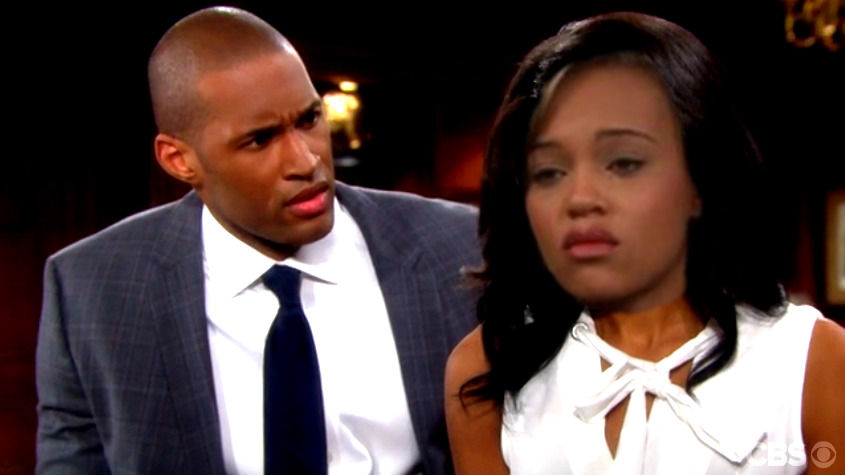 Of course, there’s a good chance Nicole and Zende will find their way back to each other at some point. Most Bold and the Beautiful pairings tend to cycle back around eventually. Still, there’s no need for Nicole to be all alone right now.

Why shouldn’t Nicole move on with someone, especially if Zende ends up with Sasha? If B&B wants to put Nicole with a new leading man, Carter (Lawrence Saint-Victor) might be a nice fit. He’s strong, sexy and very underused at the moment.

The last time Carter did much of anything was when he was lying about the power of attorney form. It wasn’t exactly great material for a solid, good-looking actor like Lawrence Saint-Victor. Putting Nicole with Carter would give them both a much-needed change of pace.

Nicole could certainly use someone mature. It would make sense for her to be drawn to Carter since Zende clearly needs to grow up. Nicole might want someone who’s already been through his wild years. 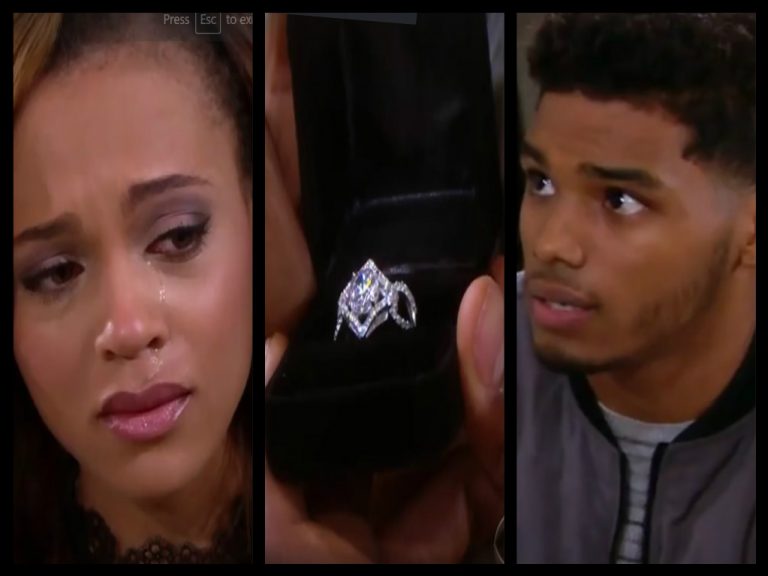 Carter could start out as a loyal friend, but who knows where that might lead? Even if this didn’t turn into a full-fledged relationship, they could still play around with a connection. Nicole could have a one-sided crush or maybe they could share some kisses before realizing it’s not meant to be.

On the other hand, The Bold and the Beautiful fans might really respond to this match. If viewers enjoy Sasha and Carter together, the show could decide to kick the romance up a notch. If not, Carter could be someone who simply helps Nicole on her journey.

Zende might be able to prove himself over time just like he plans. If that’s the case, Nicole and Carter’s potential friendship could be a stepping stone. Carter might decide he needs to look for a lasting relationship as well.

Would you like for Nicole to lean on Carter? Could you see them as close friends or even lovers? We’ll give you updates if any news develops on this speculation. Stay tuned to B&B and don’t forget to check CDL often for the latest Bold and the Beautiful spoilers, updates and news.