The Bold and the Beautiful (B&B) spoilers tease that Katie (Heather Tom) is getting all riled up. She feels like Eric (John McCook) is oblivious to the threat Quinn (Rena Sofer) poses. Katie just wants Eric to understand that Quinn isn’t the nice person she claims to be.

Of course, Quinn isn’t all bad. Her heart isn’t exactly pure, but there’s a sliver of goodness in there somewhere. Quinn is at least trying to be a better person. Unfortunately, her history has been a difficult obstacle. It’s tough for Quinn to convince Eric’s loved ones that she’s changed.

That’s probably because Quinn can still be quite confrontational. Quinn hasn’t acted on her sinister feelings lately, but there’s always the possibility that she could. However, it might be interesting if B&B takes this story somewhere else. 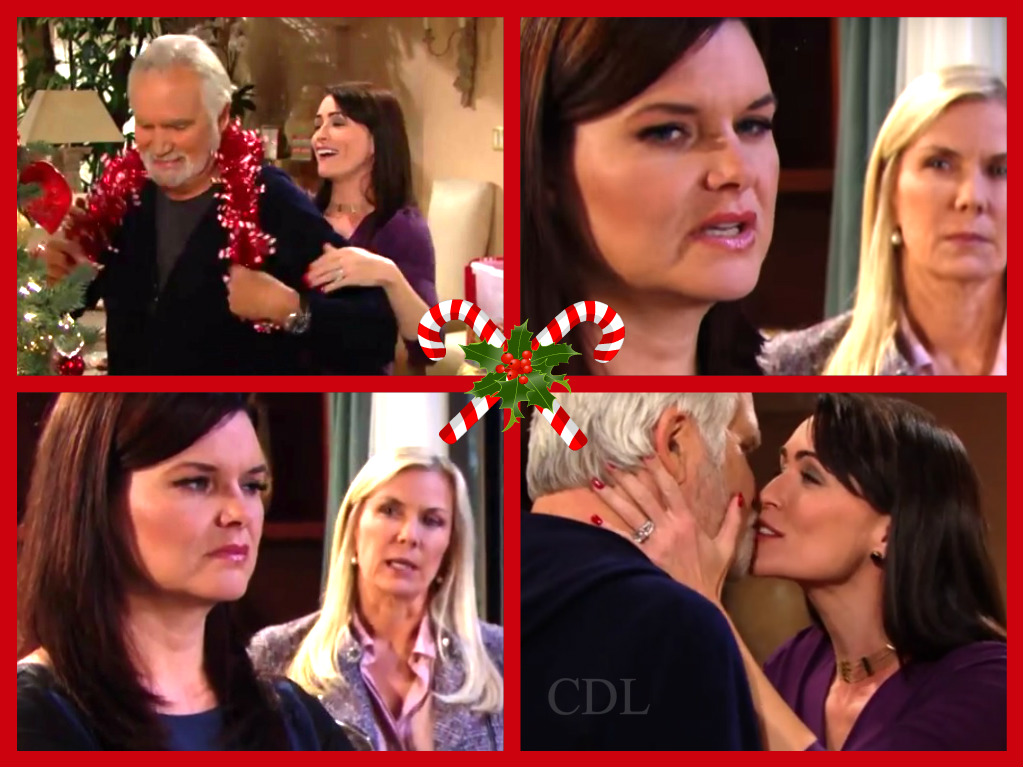 Thanks to the warning Katie captured on video, she has reason to believe that Quinn could harm Liam (Scott Clifton). She’ll definitely keep an eye on her over the next few weeks. If anything happens to Liam, Quinn will surely be blamed. It doesn’t matter if she did the deed or not.

It might be a fun twist if Liam is involved in some sort of accident. There could be suspicious circumstances, which would point the finger at Quinn. Then, here comes Katie with the incriminating video. Quinn would have a chance to see how much Eric truly trusts her. Would he believe she was innocent?

To add another layer of drama, what if Wyatt (Darin Brooks) was actually the one behind the crime or mishap? Wyatt and Liam could get into a heated argument over Steffy (Jacqueline MacInnes Wood). Just like Steffy’s encounters with Ivy (Ashleigh Brewer), things could accidentally get out of hand. 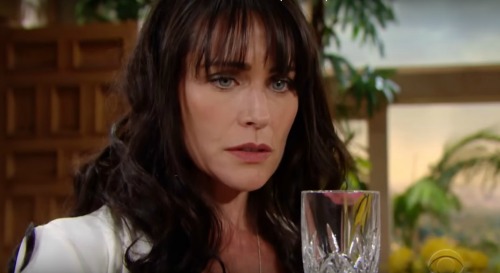 If Liam was injured somehow and Quinn knew Wyatt was responsible, she might be willing to cover for him. Liam could end up in a coma or simply be fuzzy on what really happened. Quinn is normally doing everything she can to conceal her own shady actions. This time she could cover for her son and risk losing everything for his sake.

Then again, perhaps Katie could be the villain and set Quinn up. Framing her might be a creative way to go. The Bold and the Beautiful could take this as far as a trial and jail if they wanted to. Soaps like The Young and the Restless and Days of Our Lives have taken on prison stories this year. Maybe B&B should do one in 2017.

Why not lock Quinn up for a while and exonerate her later? It would only make her redemption arc more powerful. There’s no guarantee The Bold and the Beautiful will take this route, but it’s food for thought. We’ll give you updates as other news comes in. Stay tuned to B&B and don’t forget to check CDL often for the latest Bold and the Beautiful spoilers, updates and news. Come and join the conversation on our Bold and Beautiful Facebook Group!

Next Week: The holidays bring out the naughty, the very naughty, and the nice. #BoldandBeautiful