‘The Bold and the Beautiful’ Spoilers: RJ Begs Brooke to Back Out of Marriage, Plan at Risk – Eric and Quinn Rush Wedding

BY Heather Hughes on September 18, 2016 | Comments: one comment
Related : Soap Opera, Spoiler, Television, The Bold and the Beautiful 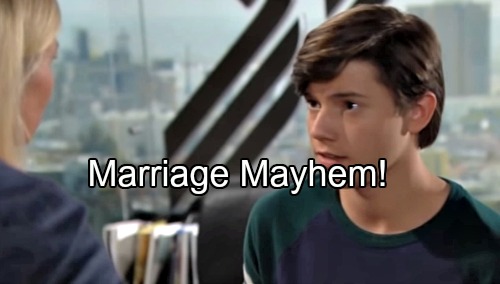 The Bold and the Beautiful (B&B) spoilers for Monday, September 19, tease that RJ (Anthony Turpel) will put the Forresters’ plan at risk. They need Brooke (Katherine Kelly Lang) to marry Bill (Don Diamont) and acquire his shares in the company. Ridge (Thorsten Kaye) and Steffy (Jacqueline MacInnes Wood) are especially desperate to gain control of the Quinn (Rena Sofer) situation.

Unfortunately, RJ’s strong reaction could change Brooke’s mind about her future with Bill. The Bold and the Beautiful spoilers say RJ will rattle off a list of reasons why Brooke shouldn’t do this. He’ll want Brooke to understand that marrying Bill is pretty much the worst thing she could do.

It’s clear that RJ isn’t a big fan of Bill, but Brooke still has feelings for him. She spent a lot of time pining for Bill and this is her opportunity to make him hers forever. RJ will beg Brooke to back out of this marriage. Monday’s B&B preview video shows RJ saying, “You will ruin our family. Don’t do it, Mom!”

Later, Brooke will start to have some doubts about tying the knot. She’ll express her concern to Bill and he’ll offer his opinion. Brooke will be worried about upsetting RJ, but Bill will feel like they have to do what’s right for them as a couple. He’ll state that the jet is loaded and ready. Bill will insist that they should go get their life. 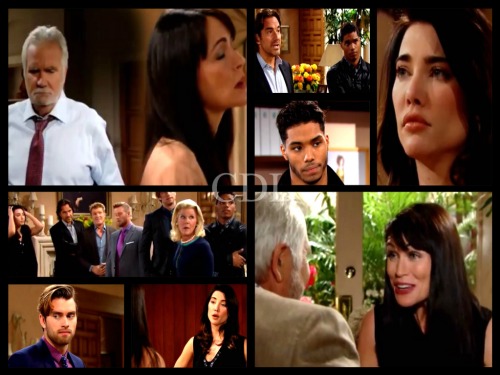 Meanwhile, Quinn will dwell on her own problems. Eric’s (John McCook) decision to be with Quinn has led to loads of strife. The Bold and the Beautiful spoilers say Quinn will complain about the conflict and wonder why everyone can’t just let them be. She’ll feel like nobody is making an effort to understand who they are together.

Quinn will ask why people have to make all of these crazy assumptions, but she’ll quickly drop the question. She already knows the answer. Quinn’s past is just too twisted for the Forresters to ignore. Eric will assure Quinn of his love, but she’ll wish that everyone else would give her another chance.

The family may not ever believe that Quinn has changed, but Eric certainly does. He thought the proposal would convince the Forrester clan to at least accept his choice. Since that didn’t work, Eric will decide they should take this one step further. They’ll set a date and prepare to make it official.

Eric will hope that his loved ones will finally get on board once he makes Quinn his wife. Even if they don’t, Eric will still want to marry ASAP. If the Forresters can’t support his union, there’s no point in waiting. Eric just wants to live happily ever after with Quinn.