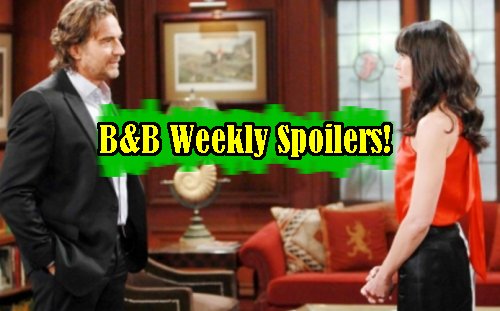 Fresh The Bold and The Beautiful (B&B) spoilers for episodes the week of Monday, November 7 thru Friday, November 11 reveal that Quinn struggles at the company, Ridge stuns Brooke, Nicole gets a shocker from Sasha, and Steffy is offered a new opportunity.

Quinn Fuller (Rena Sofer) takes the reins at Forrester Creations at the request of Eric Forrester (John McCook) but she doesn’t want to do it. Quinn feels like she must take the job to prevent more stress on Eric but knows she’ll face hostility.

At the office, Ridge Forrester (Thorsten Kaye) makes himself a constant and irritating obstacle. The rest of the family is similarly rude to her. Quinn decides to take the opportunity to make Wyatt Spencer’s (Darin Brooks) life better and tries to leverage his wife. 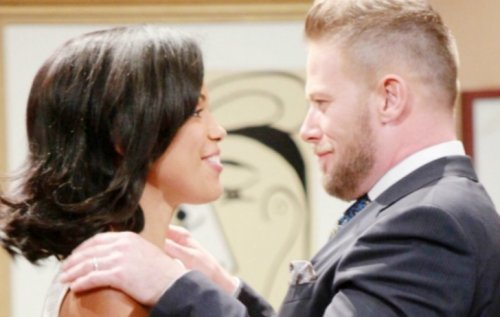 Quinn approaches Steffy Forrester (Jacqueline Wood) and offers to share the CEO seat with her but only if she gets back with Wyatt. Too bad Steffy has already unpacked her bags at Liam Spencer’s (Scott Clifton) place. Will Steffy be tempted?

Quinn has a firm vision in mind for the Forrester fashion show and tries to get Steffy and Ridge on board. Is there any chance Ridge will sabotage the show to make his step-mom look bad? Quinn reminds Steffy if they can work together that Eric might have a better attitude about her.

Ridge is off the rails this week and it’s not just about Quinn. He also stuns Brooke Logan (Katherine Lang) by kissing her again. Brooke is upset about him fouling up her wedding to Bill Spencer (Don Diamont) but he’s persistent. 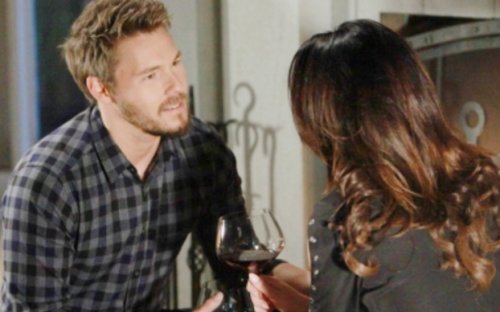 This week, Pam Douglas (Alley Mills) shocks Quinn – she’s also resisting the regime change. Steffy and Liam heat up this week, but is there any chance she’ll cool off? Also heating up is Zende Forrester (Rome Flynn) and Sasha Thompson (Felisha Cooper).

Sasha stirs up Zende’s resentment at Nicole Avant (Reign Edwards). Although Zende is on the way back to LA to discuss reconciliation with Nicole, his anger gets the better of him and he takes Sasha into his bed instead.

Nicole tells Maya Avant (Karla Mosley) that she knows Zende wants to be with her and when she hears he’s back, she decides to go work things out. Nicole walks in on Zende in bed with her half-sister and is floored. She’s teary and torn up about it. 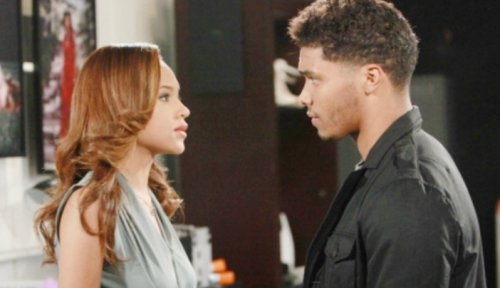 Maya tells Rick Forrester (Jacob Young) that Zende isn’t acting like himself and says she thinks that Zende and Nicole are meant to be together. After Nicole finds Zende with Sasha, Maya feels guilty about the rift between the young couple.

Rick tries to make Maya feel better. By the end of the week, it’s time for the Forrester Creations show and Eric invites Katie Logan (Heather Tom) over to watch the show with him on today. They’ll be stunned to see Ridge and Quinn do battle on the runway.

Ivy Forrester (Ashleigh Brewer) has a couple of episodes this week and we’ll also get to see Charlie Webber (Dick Christie) and a handful of guest spots as the models for the catwalk at the Forrester fashion show.

Which Spencer brother is best for Steffy: Liam or Wyatt? You decide! https://t.co/qZgwSi1tq7 pic.twitter.com/TTWLtmv1PF

Also at the fashion show, Zende and Nicole will face off for the first time since she caught him in bed with her sister. What do you think B&B fans? Can Ridge play nice long enough for the fashion show or will his foul temper get the better of him?

Share your comments below on the coming action for B&B episodes the week of Monday, November 7 thru Friday, November 11. Check back with CDL often for all the latest The Bold and The Beautiful spoilers and news.