‘The Bold and the Beautiful’ Spoilers: Will Quinn Be the Next Forrester Matriarch? 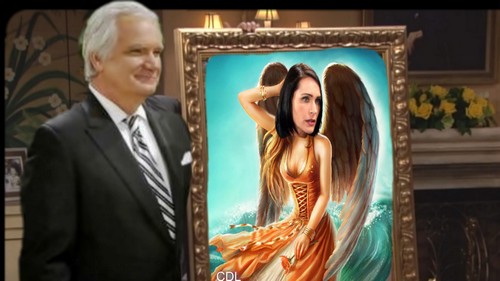 The Bold and the Beautiful (B&B) spoilers tease that Eric (John McCook) may not be able to resist Quinn (Rena Sofer). He assured Steffy (Jacqueline MacInnes Wood) that he would end his new romance, but this summer fling will likely heat up instead. Eric and Quinn don’t want to let this slip away.

Besides, who does Steffy think she is?! Does she really think she can “forbid” her grandfather to see the woman of his choosing? Eric is a grown man and his love life is none of Steffy’s business. Of course, Steffy’s rage toward Quinn is understandable. We don’t blame her for being upset, but that still doesn’t give Steffy the right to tell Eric what he can and can’t do.

Eric hates that he’s making Steffy upset, but sometimes sacrifices must be made for love. The Bold and the Beautiful spoilers suggest that Ridge (Thorsten Kaye) will soon team up with Steffy in an effort to keep Quinn and Eric apart. However, Quinn is a pretty smart cookie. She can come up with a counterattack if need be.

The rest of the Forrester clan won’t be too keen on Eric’s leading lady either. It sounds like Eric and Quinn will have their work cut out for them if they want to remain a couple. Everyone will be trying to sabotage their relationship.

Nevertheless, all of the hurdles could actually make Quinn and Eric’s bond stronger. If they survive the obstacles, they could be more in love than ever before. Eric might propose and eventually make Quinn the new Forrester matriarch. Would that be a good idea? We want to hear your thoughts on this possibility.

Before you decide, let’s consider what B&B could do with this storyline. Stephanie (Susan Flannery) was and always will be the one true matriarch of the Forresters. Nobody can ever truly replace her, but that won’t stop the show from putting someone on her throne anyway.

Rick (Jacob Young) desperately wanted Maya (Karla Mosley) to take on a Stephanie-ish position within the family, but that plan didn’t work out. Maya used to have some guts, but she’s turned into a bit of a pushover lately. Quinn, on the other hand, could start running the show – and what a show it would be!

If Eric put Quinn’s portrait up, can you imagine the drama that would unfold? It would definitely create some epic moments. Many Bold and the Beautiful fans would love to see the reactions of all the Forrester family members. They would flip out when they got updates on the shocking news.

Quinn is the kind of woman who can talk Eric into just about anything. With Quinn whispering in his ear, Eric could do some things that would drive his relatives up the wall. Thanksgiving dinner alone might make you want to support the “Quinn for Forrester matriarch” campaign.

Quinn wouldn’t necessarily have to stay in this role forever. Her relationship with Eric will probably fizzle sooner or later. In the meantime, would you be on board with Quinn as the matriarch of the Forrester family? Vote in our B&B poll and don’t forget to check CDL often for the latest Bold and the Beautiful spoilers, updates and news.