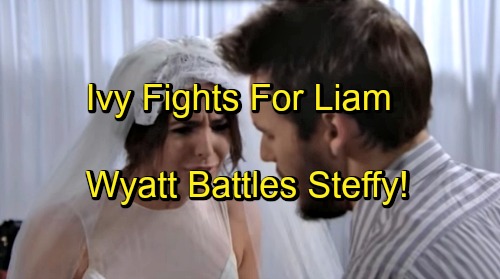 The Bold and the Beautiful (B&B) spoilers for Monday, October 10, tease that Wyatt (Darin Brooks) will try to convince Steffy (Jacqueline MacInnes Wood) that what she’s doing is wrong. Steffy has asked Wyatt to keep her secret, but he’ll have trouble accepting that idea. Wyatt just won’t see how he can intentionally hurt Quinn (Rena Sofer) and Eric (John McCook).

Ridge (Thorsten Kaye) and Steffy are determined to keep Quinn away from the Forresters, but this is a ruthless way to do it. Monday’s B&B preview video shows Wyatt shouting, “You and Ridge are stealing Eric’s power of attorney! You know that?! He’s making decisions for Eric when he has no legal right to do so because my mother has it!” 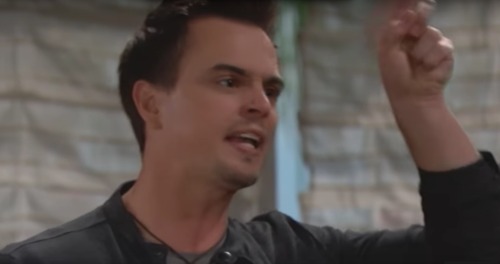 It’s clear that Wyatt is furious about Steffy and Ridge’s deception. He’ll insist that they have to come clean. Steffy will completely disagree. The Bold and the Beautiful spoilers say Steffy will maintain that they need to stop Quinn’s destruction. She’ll feel like Quinn is never going to leave her life if Wyatt doesn’t support her on this.

Wyatt will have a real dilemma on his hands. There’s probably not an outcome that will truly make him happy. If Wyatt tells the truth, Steffy could leave him. She expects loyalty from her husband and she won’t appreciate it if Wyatt doesn’t back her up. 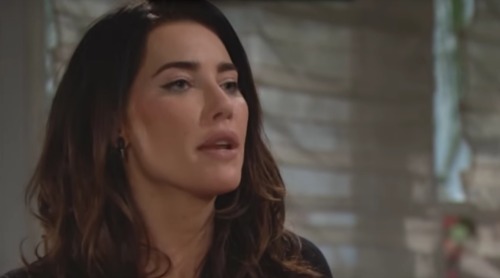 However, Wyatt will hate keeping this from Quinn. He knows that his mom loves Eric and she’s legally entitled to make choices for him. It doesn’t matter how Steffy and Ridge feel. Eric wanted Quinn to be in charge. Wyatt will have a tough time throwing out his moral compass for Steffy’s sake.

Ultimately, Wyatt will have to decide what means more to him. Is it his marriage or doing the right thing? Whatever happens, Wyatt will face some major drama soon. He’ll fight for his relationship, but it could get tricky. Stick with the CBS soap to see how things will resolve. 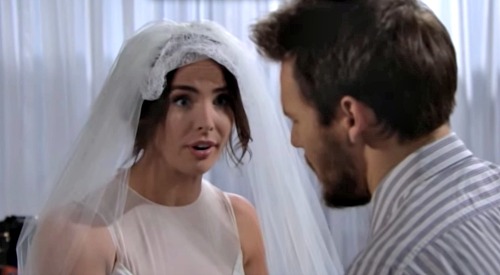 Meanwhile, Ivy (Ashleigh Brewer) will do her best to get through to Liam (Scott Clifton). She’s certainly committed to her plot to win Liam over. Ivy even donned Steffy’s old wedding dress in some kind of bizarre scheme. Liam will probably be weirded out by Ivy’s latest move.

Nevertheless, Ivy will suggest that Liam needs to let go of his desire for Steffy. She’s basically trying to show Liam that she’s just as good as the competition. When Liam continues to resist, Ivy will point out that he’s in love with his brother’s wife.

She’ll think Liam should take a step back and let Steffy live her life with Wyatt. 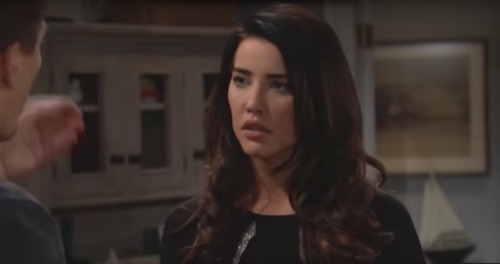 Will Liam eventually agree to try again with Ivy or is she just wasting her breath? The Bold and the Beautiful spoilers hint that this storyline could take an interesting turn. We’ll give you updates as other news comes in.

Next week, @CBSDaytime celebrates “30 Years At Number 1” with special shows and all your favorite stars! #1For30 #TeamDaytime