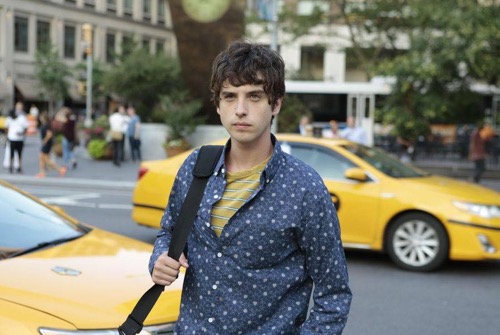 Tonight on Freeform their hit drama The Fosters returns with an all new Monday, August 22, season 4 episode 9 called “New York,” and we have your weekly The Fosters recap. On tonight’s episode, Brandon (David Lambert) travels to New York for his Juilliard audition, where he meets a girl who forces him to take a hard look at his relationship with Cortney.

On the last episode, Mariana and Jesus competed in the First Robotics Southern California Regionals. Did you watch the last episode? If you missed it, we have a full and detailed The Fosters recap right here for you.

On tonight’s episode as per the ABC Family Synopsis, “Brandon travels to New York for his Juilliard audition, where he meets a girl who forces him to take a hard look at his relationship with Cortney; Lena and Stef shock the family with an announcement; and Callie’s friendship with Aaron leads to trouble with AJ.”

We’ll have a The Fosters recap of tonight’s episode at 8pm that airs on Freeform. In the meantime, hit up our comments and tell us how excited you are for the next episode of the fourth season of The Foster.

Stef and Lena called an unusual family meeting on tonight’s episode of “The Fosters” when they brought the kids together and abruptly told them that they were filling for divorce. Though a divorce is kind of a strong term. Especially as none of the kids thought their mothers were having problems. So tonight’s episode had to go back thirty-six hours in order to explain what lead to what and why Stef and Lena felt they should get a divorce.

The rewind however was an eye-opener. The couple had apparently been fighting about where to live now that they sold their house and it seems Lena was dragging her feet. Lena wanted a place that would feel like home so she kept vetoing all the apartments they could get on the quick because she wanted that dream house that she always wanted. Yet, that same dream house was the one they were currently selling. So it was pretty hard for Lena to let go of the old house and finally considered a new one. And Stef rushing her wasn’t helping.

Stef was being pretty pragmatic about everything so she thought that they should just settle for whatever they could find because she didn’t want the kids to be suddenly homeless. However, Stef was also getting fed up with their realtor. The realtor was constantly over at the house and getting in the way of them packing. So that had made Stef feel pressured and later she would often complain about feeling like she was being forcibly pushed out of the house. And so that had made her slightly grumpy to be around.

But thankfully Mike had been helping them pack and the kids were also doing their best to get their stuff in order. The kids were packing up and remembering certain experiences they had in the house that would lead to them reflecting about everything that happened yet Brandon didn’t really get to enjoy that part because he had already moved out and was actually in New York for his Julliard audition. So Brandon was off finally getting the chance to enjoy being a kid while his family was basically ransacking the family home and so Brandon missed out when the twins found Stef’s journal. That they then felt they had to read.

The twins though ended up regretting reading Stef’s journal. They had read snippets of it because Stef didn’t seem like the type to have a journal. Yet, reading the journal and finding out that Stef hadn’t wanted to adopt them had made them feel horrible. So much so that Mariana asked Jesus to burn the journal and then she took his ADHD medication when he wasn’t looking. Mariana had actually been considering stopping before she read that journal, but afterwards she went back on the meds and is seemingly becoming more dependent on them.

Stef on the other hand didn’t know what was going on because she was following up on Callie’s lead. Callie and Aaron had found a possible suspect in a murder investigation and Aaron had also found out that that there had been another person’s DNA on the murder weapon involving Kyle. So the two had had enough reasonable cause to cast doubt on Kyle’s conviction. Kyle wasn’t violent and there appeared to be a detective on the case that had his own agenda. However, Mike had seen the way Aaron looked at Callie and he had some personal concerns that he brought to Stef.

Mike had been acting weird lately so he finally admitted that he had a bad feeling about Callie. Mike said that Callie had been trouble for Brandon since day one and that he was against seeing AJ because he didn’t want another son to get hurt. But Stef had defended Callie and said that Brandon had made his own choices. Stef believed that Brandon was just as guilty as Callie for sleeping with his adopted sister and she firmly denied that Callie had been toying anyone much less with Aaron and AJ. So Mike and Stef had come to an impasse and they had dropped what they were talking about to focus on the more important things. Like Kyle’s case and the fact Stef’s family was moving.

Though neither Stef nor Mike knew that AJ and Callie had been listening in. AJ and Callie had needed a place to have some alone time and so they had decided to use the empty apartment in Mike’s building. So the two kids had gone to hide when they heard someone coming in and they had been in the closet when Stef and Mike discussed her renting that very same apartment. And, well, the couple had heard everything that Mike had said about Callie while they were hiding.

Callie was naturally upset that Mike thought she was toying with guys and that she was manipulative. Yet, a part of her realized that maybe she should be clearer with the AJ so she ended up telling him everything about Aaron. Like how they met while Callie was pretending to be a college student and that Aaron had kissed her before she could tell him that she had a boyfriend. So AJ could have gotten upset seeing as he always suspected that Aaron was harboring feelings for Callie, but he didn’t. He just chose to accept what he couldn’t change.

Jude however didn’t have such a caring boyfriend. The kid he liked, Noah, had introduced him to pot and they have been enjoying getting stoned together. But unfortunately Noah wanted to push the boundaries and that was something Jude simply wasn’t ready for. So Jude had tried to let Noah down gently and say he wasn’t comfortable though Noah had surprised him. Noah who had seemed to be so understanding had immediately taken off after Jude rejected him and he sort of looked like he was rethinking his relationship with Jude.

Jude though still defended his “friendship” with Noah when Callie later tried to question it. He had told his sister that Noah wasn’t a bad influence and that Noah was at least not his foster brother. So Jude clearly wanted to keep doing whatever he was doing and he wasn’t the only one taking risks. Brandon who was out in New York and checking out Julliard had come to enjoy his time there. Although, it did make him think about whether or not he wanted to stay in a relationship with Cortney what with them on different coasts. And so a young and attractive dancer that was also checking out Julliard had advised Brandon.

She told him that Julliard was going to demand a lot out of him and so he was going to have prioritize what came first. Julliard or Cortney. Though while Brandon was coming close to choosing Julliard and had gotten accepted after giving the best audition of his life, Callie was back home and breaking the law. Callie had broken in the suspect she found’s home and she had almost gotten caught by a murderer. And so Callie was once again doing reckless things yet she was also beginning to draw unwanted notice to herself.

The detectives that his own personal agenda had stopped by the family’s garage sale and he had done his best to intimidate Stef so that she would leave Kyle’s case alone. However, he didn’t know Stef and so he had no idea that she was going to fight Kyle’s case as long as possible. So Stef and Callie had a lot on their hands with the way Kyle had been framed for murder although neither one of them wanted to back down and they were prepared to pursue this case even if went against their own best interest.

So with a fighter like Stef, it wasn’t much a surprise that the whole divorce thing turned out to be a some kind of play of the couple’s. Lena and Stef were merely pretending to get a divorce in order to freeze their assets and stop the realtor from giving away their house because Lena’s mother had worked out an agreement with the IRS. So the couple were simply pulling off a scam to get the buyers to back out and that meant in the meantime that the family got to stay in the house.

But Mariana didn’t seem like she wanted to stay on in the house. She had talked with her mother and had cleared up the whole Lena was apprehensive about adopting her. So that had reassured that she was loved and that both of her mothers would do anything for her however the house also carried some unpleasant memories. And so she’s been thinking how easy it was for Nick to hide out in their house while he secretly watched them.

And that could be why she thinks she needs to steal her brother’s meds to function.