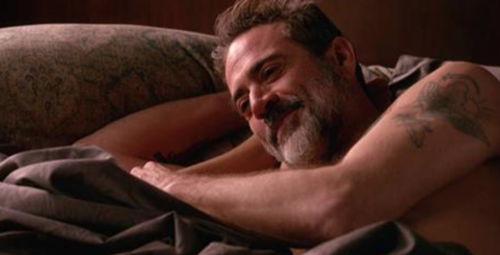 Tonight on CBS The Good Wife starring Julianna Margulies continues with an all new Sunday March 27 season 7 episode 18 called, “Unmanned” and we have your weekly recap below. On tonight’s episode, Alicia (Julianna Margulies) and Diane (Christine Baranski) defend the privacy rights of a therapist whose neighbor flies a drone over his home office.

On the last episode, Diane, Cary and Lucca defended the grieving father of a shooting victim in a defamation suit over a billboard he put up describing a gun store owner as a murderer. Did you watch the last episode? If you missed it, we have a full and detailed recap right here for you.

On tonight’s episode as per the CBS synopsis, “Alicia and Diane defend the privacy rights of a therapist whose neighbor flies a drone over his home office. Meanwhile, Connor Fox tries to use Eli’s daughter as leverage in the case against Peter; and the power struggle at the firm reaches a boiling point.”

Tonight’s season 7 episode 18 looks like it is going to be great and we’ll be updating it for you beginning 9:00 PM EST. In the meantime, sound off your comments and below and tell us how much you are enjoying this seventh season.

Tonight’s episode of ‘The Good Wife’ kicks off just like the last three episodes of ‘The Good Wife’ – with Alicia and Jason in bed together. They’re chatting and getting to know each other, apparently Jason is Greek Orthodox, and we all know how Alicia feels about religion. Alicia questions Jason about how his God would feel about him sleeping with a married woman. Alicia’s phone goes off – it’s Diane, she is supposed to be at court for another Dipple case.

In court, Dr. Nachmann is complaining about a security drone that flies over his house. He has an at home therapy office – and he is suing the owner of the drone, Mrs. Hamm for $300,000 in damages. He says that he has lost patients over it, they quit because they felt their privacy was being violated by the drone flying over head. Diane and Alicia have their work cut out for them. Ms. Hamm’s lawyer is an old law student (Caitlin) that used to work at their firm. She flat out tells the judge that this whole case is a rouse and their client Dipple is behind it – he is trying to set precedent in court for drones, and that is why he has two partners on the case.

Jason is at Alicia’s house in his underwear drinking coffee and watching soaps – and Peter uses his key and lets himself in. He is furious. He takes the cup of coffee out of Jason’s hand and throws it across the room. He growls at Jason and tells him that they are still married. Jason gets dressed and tries to leave – Peter won’t stop asking him questions about how long they are sleeping with each other, but Jason tells him he needs to talk to her about that. Jason shows himself out.

Eli’s daughter Marissa is working at a juice hut in the mall. The FBI attorney that is trying to put Peter FLorrick in jail shows up – he wants her to testify, she refuses. He warns her that he can get a subpoena. Marissa won’t give him the time of day, she calls mall security on him.

At the firm, Diane and Cary are kicking Howard out of his office – so that Alicia can move in. he isn’t too thrilled, they have a different office for him on another floor. Diane leaves, and Howard teases Cary about “teaming up with the women.” David Lee is not happy when he hears that Howard has been exiled to the 27th floor, and he is even more unhappy when he learns that Cary helped push him out of his office.

Back in court, Ms. Hamm insists that the drone is just security for their neighborhood – because it is too large to canvas by volunteers. The theory is that they can catch burglars, trespassers, and any other crimes occurring. Diane and Alicia continue to argue that it is an invasion of privacy. The judge dismisses Dr. Nachmann’s case and Diane and Alicia take a loss.

Later Alicia and Diane get a visit from Caitlin, Ms. Hamm is countersuing Dr. Nachmann. Apparently after court he went home and took out a shotgun and shot down the drone. The drone was worth $80,000 – and Ms. Hamm wants to be reimbursed.

After a long day at work Alicia goes home and is expecting to find Jason in her bed where she left him. But, he is gone. She calls his phone and he ignores her call – it looks like he is leaving town.

Marissa rushed to Eli’s office and tells him about the visit that she received from the FBI attorney. Eli is freaking out, if they are subpoenaing Marissa then that means that Peter is most likely going to be indicted.

In court, Alicia and Diane are arguing that Dr. Nachmann shot the drone in self-defense, and he couldn’t have known whether or not the drone was carrying a weapon. Again, the judge rules in Caitlins favor and orders Dr. Nachman to pay damages.

At the firm, David Lee tells Cary that it is time for them to put the women in their place before they try to push out the men in the office. David Lee drops a stack of paperwork on Luca’s desk that will take her days to complete. Luca tries to tell him that she is working on something for Alicia, but David Lee rudely reminds her that he outranks Alicia.

Alicia finally finds Jason at the office, after some prying, he admits that he has been avoiding her because Peter came home and threatened him. Alicia is livid – she heads straight to Peter’s office and storms in on a meeting that he is having. She informs him that she wants a divorce. She reminds Peter that she owns her house – and she can have whoever she wants in there walking around naked. Peter whines that he doesn’t need to deal with this right now, he is about to be indicted, Alicia laughs that he is always being indicted and says her lawyer will be in touch.

Eli pays Diane a visit, he needs his own lawyer. He explains that the ASA Fox is putting him on trial to testify against Peter. Eli reveals that Fox threatened him, if he doesn’t testify against Peter, then they are going after his daughter Marissa for obstruction of justice.

Back at the firm, Alicia fills Luca in on Diane’s scheme to make the firm all women. She’s not happy that David Lee is burying her partner with work. She pays Cary a visit and asks him to help Luca get David Lee off her back. Cary agrees, then he tells Alicia that he knows what Diane is up to – and he pleads with her not to take Diane’s side. Alicia plays coy and tries to imply that she is not on any side.

Alicia and Diane head back to court – Dr. Nachmann took down another drone. This time he didn’t shoot it though, he used a tech device called a “Drone Dropper.” They are arguing that the drone was technically on his property – although it was 200 ft. above ground.

At the firm, things are getting messy. Diane gets in to an argument with Cary and David Lee. They both tell her that there is no way that they are giving her the votes to make Alicia a name partner. Later that afternoon, David Lee sneaks in to Diane’s office without Cary’s knowledge. He tells Diane that he will give her his vote….on one condition.

The next morning – Alicia and Diane head back to court. The judge rules in Caitlin’s favor again and says that Nachmann had no right to take down the drone, Diane and Alicia lose again. After court, Alicia compliments Caitlin on how well she handled herself.

Diane and Eli pay ASA Fox a visit, Diane tells him that Eli will cooperate and testify, as long as they don’t go after Eli or his daughter Marissa with obstruction of justice charges.

Alicia heads home and Peter is waiting for her. He needs one last favor. Peter tells Alicia that she can get the divorce ready – and he won’t contest it, but he needs her to stand by him “one last time” and wait to file the papers until after his trial.