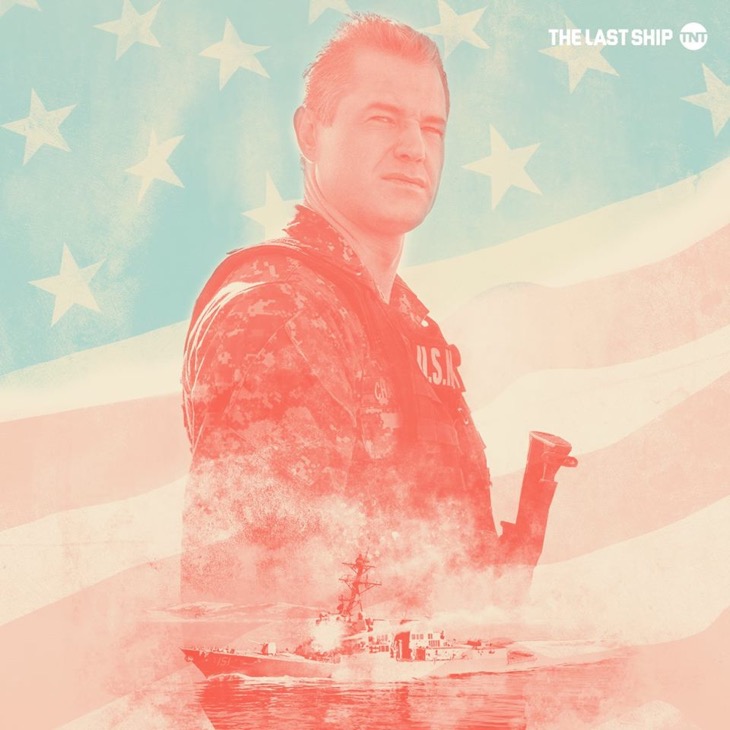 The Last Ship airs tonight on TNT with an all-new episode Sunday, July 10, season 3 episode 5 called “Minefield,” and we’ve got you’re The Last Ship recap down below! On tonight’s episode, a mission becomes complicated as Chandler’s (Eric Dane) position is worsened.

On the last episode, Chandler confronted a possible new foe. In other developments, Slattery made discoveries about the supposed viral mutation. Did you watch the last episode? We’ve got you’re The Last Ship recap right here for you.

On tonight’s episode per the TNT synopsis, “a mission becomes complicated as Chandler’s position is worsened. Elsewhere, President Michener deals with pressure from regional leaders.”

Tonight’s episode of The Last Ship is going to be great. You’re not going to want to miss a minute of the action and have you’re the Last Ship recap for you down below. While you’re waiting for the episode to begin hit up the comments and tell us your thoughts about the show.

The rescue planned for the missing servicemen and women of the USS Nathan James had somewhat hit a snag on tonight’s episode of “Last Ship” when the one island that Captain Chandler and his people were able to deem suspicious enough was unfortunately surrounded by a nearly a hundred mines in the water.

Takehaya had apparently wanted to remain one step ahead at all times so he had essentially planted an attached minefield surrounding the entire island in order to alert him or his people if ever someone were to get too close to their location. However, that same minefield did at least tell Captain Chandler that they had the right island so there was no way that he was going to leave it peace. Not when he knew that there was a chance his people was there. So he instead sent in a special task force to check out the minefield and see if they could disable it. And for some time, everything was going as planned.

Yet, there was just one man on that task force that thought he knew everything that he needed. One of the men, Kudelski as it turns out, had refused to listen to the others when they said that there was something strange about the mines themselves. So he had continued detaching them from each other even as Captain Chandler warned him to stand down and what ended up happening was that Kudelski made a mistake. He kept foraging ahead without taking in the risks and so he went on to cause a minor explosion in the water. One that fortunately hadn’t activated the other mines so the others on the task force were safe, but Kudelski proved to be the only casualty.

So things weren’t looking good from the USS Nathan James standpoint and there wasn’t much to report back to their president. But the president suddenly had to answer as much questions as eh could when his regional leaders all descended on him. The regional leaders had all left their posts because they had claimed that they wanted to find out what was really going on in Asia however their real agenda didn’t reveal itself until President Michener told them about their current international problems. He told them how the president of New China had tried to keep Chandler for reasons that are still unclear and, rather than offer him their support, the regional leaders basically tried to use that information to blackmail him into dropping his unpopular domestic policies.

It seems the regional leaders felt that President Michener was overreaching in the wake of the plague so they wanted to dismiss everything that he had come up with in order to make themselves the good guys again. Though the president’s domestic policies were all put in place for a reason. He said that the country needed order following the pandemic that nearly brought down their country. So he told them that he wasn’t going to rescind rations or allow squatters to commodore mansions when rightful owners were still alive and that the regional leader could either back up his plans or he would be forced to call in the armed forces to instill order.

And what those regional leaders did next could only be called betrayal. One of them had apparently spoke to an overzealous reporter and now the American public knows that Chandler isn’t making the headwaves they might have wished in rescuing their crew. Yet, that hadn’t been on Chandler because he and his people were trying their best though their best was not giving them much. The bomb that had exploded had made the area around them unstable and any sudden movements on the ship’s part could mean their deaths.

So the USS Nathan James was busy trying to figure out what they were up against. The mines that his task force had seen underwater had been no ordinary mines. They had some sort of attachment to the bottom of it and Wolf said that he had seen coil wire inside. However, no one knew what those wires meant until they began pondering amongst themselves and questioned if whether or not those mines were giving off some kind of feed. That would naturally alert Takehaya to their presence even without an actual explosion.

But if so that meant the USS Nathan James needed to act fast before they trigger another explosion or their enemies triggered one for them. So the captain and his men had figured out how they could remove the threat and were doing their best to enact a plan that would cause little to no mass casualties yet even as they were doing their best to complete their mission there were new problems cropping up back home. The news story that one of the regional leaders had simply handed to the press had caused riots in most of the major cities and the regional leaders were letting their people do as they will in order to pressure the president into offering them concessions.

Concessions that even the president’s own cabinet felt that he should take. Though Michener was refusing to back down on this one and he told his advisors that he wasn’t going to let a few leaders that smell blood in the water to ride roughshod over him or his presidency. So Michener felt it was best to just ride out the riots and hope for the best from the USS Nathan James. He felt that Chandler could still rescue the prisoners of war and only Kara appeared to back up him on that.

Everyone else, on the other hand, was skeptical. They felt that Chandler was still a man and not the legend that his people seemed to have built up so they also felt their president was taking a great risk in believing that Chandler and his people would prevail. Yet, hope from back home and a gamble on the captain’s part did come at a cost for the USS Nathan James. The plan they enacted and that would protect their people had run into some difficulties when Takehaya released a torpedo that could ruin everything. So to keep the ship out of harm’s way both Wolf and Cruz had brought the explosion from that torpedo to them and had taken the hit that could have killed everyone on the naval ship.

So moral went down after both Wolf and Cruz went missing following the sacrifice they made, but Chandler refused to rule them out until they found bodies so he kept his men out on the water looking for them while Takehaya began to believe that he had removed the threat. Takehaya and his men had seen the explosion and had taken it to mean that they destroyed everyone including the naval ship in their waters. However, the USS Nathan James had survived the blast and they also escaped the minefield entirely so they were already closing in on Takehaya as they were searching for their men. And after they found both Wolf and Cruz very much alive, there was nothing holding them back from pursuing the pirate targeting them.

And the president who had received a report on the USS Nathan James’s progress had begun to feel like maybe things were finally turning around.