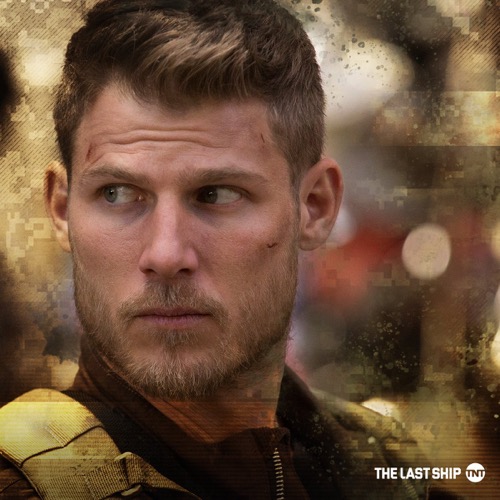 Tonight on TNT The Last Ship based on William Brinkley’s popular novel airs with and all-new Sunday September 4, 2016, episode and we have your The Last Ship recap down below.  On tonight’s Last Ship’s episode, called “Resistance,” the citizens of USA are devastated and Chandler (Eric Dane) is determined to get to the bottom of what has been happening.

If you missed last week’s episode where Chandler (Eric Dane) faced a tough decision when the White House delivered a bizarre order you can read our full and detailed The Last Ship recap, right here!

On tonight’s episode as per the TNT synopsis, “Chandler (Eric Dane) returns to America to get to the bottom of what’s really been happening all along.”  The episode was directed by Anton Cropper.

#TheLastShip starts with President Howard telling Kara and Tex about how the soldiers are just following orders. They worry about the fate of the Nathan James. Tom and Mike talk with Sasha and Tom looks over a communication that thinks they still have Tom prisoner.

They also see that the military has been dismantled. Sasha says it’s a standard formula to stage a coup. They talk about how this likely played out at home. They are six hours from San Diego. Tom says they need to find the communication center and a source of gravity.

Tom wants to make Castillo show his face and Meylan tells them what they’re suggesting is impossible with one ship. Tom says no. Cobb, Meylan’s sidekick, is nervous as well, but they know they have to do it. The regional leaders bicker in front of Allison.

Manuel bickers and Allison has to work out a compromise. Colonel Witt reports to them that the Nathan James was picked up on radar. Witt arms the weapons system to attack the Nathan James. Allison and another leader access it with thumbprints.

Allison says the Nathan James will end up at the bottom of the ocean. They’re all pleased with themselves. Tex and Kara head to Vegas with the President and notice that the lights are all out. They wonder what’s going on.

They pull up to a store to stock up on supplies at a small market that’s closed. Some men run out with guns and close in on them. The guy says hand over your food and Tex says they’re out too and that’s why we stopped here. The bandits are run off by a local.

The store owner tells them that soldiers emptied their shelves and no more supplies shipments have come. Kara asks about Vegas and the guy says they people followed the food and they had to work 16 hour days to earn rations.

Bob, their host, tells Tex he hasn’t eaten in three days. They offer to take him with them but he says if he’s going to die, he’ll do it there. Kathleen, Tex’s daughter, hands Bob their last can of food and he accepts. Howard says hope is coming soon.

He tells Bob to hang in a little longer. Bob says people on TV have been saying nasty things about the President who says he hopes he doesn’t believe what he hears. They shake hands and it’s a good thing.

Trouble on the high seas

Tom stands on the deck looking out at the water and says things are too quiet. Tex and the others pull up at the shore and see the James in the distance and wonder if they can signal them. Tom says let’s bring the ship into the harbor at San Diego.

Kara watches. Danny weapons up in the armory and then there’s a missile alert. Kara screams as she sees the missiles hit the ship. She screams and tries to wade into the water and Tex pulls her out as she cries and screams no. She thinks Danny is dead.

The fire of the ship burns brightly in the distance. They watch as troops come to confirm the kill and then Tex, Kara and Howard follow in their vehicle. Turns out the missiles hit the Chinese ship they stole and kept with them – the James is alive!

They toast to Tom’s death and Allison tells Roberta she wants St Louis for herself. Roberta tells her she’ll push for it if she keeps Manuel in line. Kara and the crew follow the men back to a warehouse and Tex says Castillo is doling out food to control the people.

Kara says they have military there and it’s just the four of them. Tex and Kara go scout while they leave Howard and Kathleen to watch for shift changes and other activity. Howard has binoculars to watch from a distance and they all go to work.

Kara is grabbed from behind and scared but it’s Danny. She hugs him tight. He holds her close. Tex moves deeper into the facility and finds himself facing Tom, Wolf and the others. Tex is thrilled and Tom says he’s happy to see him there.

Danny asks about his son and she and Danny kiss then join the others. Kara greets her former comrades. Sasha says they all had the same idea. They discuss this is Castillo’s territory. Tom says he was hoping to find a resistance force.

Tex says they are that force. Tom gives orders and they set up a plan to take the place. They all move out. Tex says it’s like old times. Alisha works with her team to crack the codes of the regional communications. Everyone has a mission.

The James stays far enough off shore for radar to miss them. It’s daylight now and Jeter tells them comms are up as Sasha cuts her way through a fence. She heads back out when she notices something. Mike sees a heavy gunner up top and then General Bradley is there.

Dissension in the ranks

One of the solders asks the General about the Nathan James explosion and he says Tom was a traitor and he needs to adjust to that reality. Kathleen teaches the President how to use a gun. Tex watches with pride. Tom mentions how quickly Tex left when they docked.

Tom asks if he blames him for Rachel’s death and Tex says he blames both of them but forgave Tom. He asks if Sasha can handle herself and he says yes. Mike reports back that they found Bradley. Sasha says the food isn’t being stored but shipped on train tracks.

Tom says they need to take the next train once it’s out of the warehouse – enough food to find an army. Tom says then all they need to do is steal an army. Looks like a plan is coalescing that’s different from the first.

The team sets up to hijack the train and they check in with the James. It’s one-way communication only but Tom tells Danny the James will be there when they need it. General Bradley gets a call from Manuel Castillo and Kara reports to the James that Bradley is broadcasting.

Alisha hears that the cargo won’t be hungry and Bradley says he brought cookies for the kids. Alisha says they have to break silence and Alisha warns Tom the train is full of people. They have to get the explosives off the tracks ASAP.

Mike pulls up close in the truck and drops Tom and some of the guys off onto the train. Danny almost falls but Wolf pulls him up. They race up top on the train towards the engine. A guard starts firing on them. They take him out.

Sasha takes out one that tried to sneak up on the James’ guys. The train races closer to the explosives. Bradley is stunned to see it’s Tom taking the train. Wolf moves into the engine area but he’s attacked by a guy. Tom and Bradley grapple.

The train keeps going. Wolf tries for the brakes. Tom beats Bradley and comes to help Wolf. Tom is able to trigger the emergency brake. The train rolls to a stop inches from the explosives. Tom holds a gun on the guy attacking Tex who knocks the guy out.

Tom tells Bradley to open the train car but he won’t so Tom does. Inside there are people. Tom looks at all of them and Mike is stunned. The people ask what happened. Tom tells them they can come out. They ask him why. Tom says it’s safe now.

He says you’re free and the people ask what he means. Tom says they’re not slaves and don’t have to go where they tell them to or work like they’re told. The people tell him they want to work for food and beg him to close the door and let them go on.

Bradley tells Tom welcome to the new America. Howard says my a**. He says none of you have to starve and says there is food on the train for the next few days. Tom drags Bradley off and says tell his people to stand down. Tom yanks off his badges and says he violated his oaths.

Bradley says what he took an oath to was torn up two weeks ago. He says you try going hungry. Bradley says he had to do this or he and his kids would die. He says his commanding officer’s throat was cut. Roberta and Manuel call Allison about the train.

Allison tells Manuel to find the train. Allison says she wants to confirm that James was sunk. Tom calls the ship about the people they saved. He says they need medical attention. Alisha says LA is calling someone there. Tom hears the ringing.

He tells Bradley to tell Manuel that he needs to see him. Tom says they can take him down together. Bradley takes the call and says Manuel needs to come down to the depot and he’ll meet him there. Bradley tells Tom he has to kill Castillo.

Bradley says it’s him or us

Bradley tells Tom that if he doesn’t kill Castillo, all of them will die. Bradley greets Manuel Castillo at the depot. Manuel asks what happened and threatens him. He tells his men to shoot Bradley but then Tom and his men come out.

Manuel orders them shot and Sasha takes shots at their feet. Tom tells Burke to arrest Manuel. He does. They haul him and his men off. Bradley asks if he answers to him now and Tom says no and then President Howard walks out. They all salute POTUS.

Howard says his men need to retake the oath to join the US military. Bradley says yes sir. Howard and the others come on board the James and everyone stands to salute him. Kara is there and so is Tex. Alisha goes to hug Kara. It’s a warm reunion.

Manuel says America loved Tom but they missed WiFi and have no time for heroes. He promises the masses will turn against him and Manuel says he knows how to keep those filthy people in line. Manuel says he won’t cooperate.

Tom says he doesn’t get to make any choices now and says your army turned on you without a shot fired and the regional leaders will turn on him. Tom says the filthy masses won’t like him anymore either. Tom offers to drop him back off at the depot.