The Real Housewives of Atlanta Recap ‘Trouble on the Family Tree’: Season 8 Episode 10 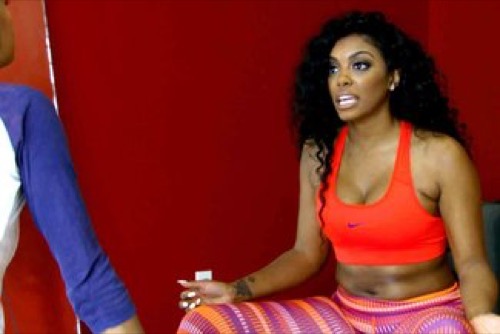 Tonight on Bravo The Real Housewives of Atlanta continues with an all new Sunday January 10, season 8 episode 10 called, “Trouble on the Family Tree” and we have your recap below. On tonight’s episode, Kandi Burruss finally begins to slow down as Mama Joyce helps her prepare for her bundle of joy to arrive. Phaedra receives a surprise visit from Mama Joyce and is faced with an offer she can’t refuse. Cynthia Bailey is whisked away by Peter on a romantic getaway to rekindle their relationship.

On the last episode, Kenya continued to build her future dream home and discovered her family relationships were also in need of some construction as well. Porsha heads to Los Angeles to cover an awards show for Dish Nation, but was conflicted with her sister Lauren compromised her performance on the red carpet?

Kandi got the tea about Don Juan’s run-in with Phaedra and Porsha leaving her skeptical of her mended friendship with Phaedra. To celebrate the success of her eyewear line, Cynthia hosted a customer appreciation event where drama erupted between Porsha and Kandi. Did you watch the last episode? If you missed it, we have a full and detailed recap right here for you.

On tonight’s episode per the Bravo synopsis, “Kandi finally begins to slow down as Mama Joyce helps her prepare for her bundle of joy to arrive. Phaedra receives a surprise visit from Mama Joyce and is faced with an offer she can’t refuse. Cynthia is whisked away by Peter on a romantic getaway to rekindle their relationship. Porsha has a tough conversation with her sister Lauren to discuss how her pregnancy is affecting their business. Phaedra and Todd work to settle their financial differences, while Kenya heads to Detroit to reunite with her family and hopefully reconnect with her mother.”

On this week’s episode of Real Housewives of Atlanta Kandi and her mother Joyce go shopping in preparation for the arrival of Kandi’s baby and Joyce asks her about her relationship with Phaedra. Kandi tells her mother that their friendship is strained because of a conversation that she overheard between Phaedra and some of the other women about money that she has owed Kandi’s husband Todd for the last two years. Momma Joyce offers to help and Kandi tells her to stay out of it and just let it go.

Kenya went home to Detroit with her friend Brandon and her aunt Lori to attend her family reunion and try to rebuild her relationship with her estranged mother and family. She talks about how her parents were 15 and 16 when she was born and her grandmother on her dad’s side asked to raise her rather than putting her up for adoption. Kenya meets with her dad, Ronald and stepmom Cathy to start the healing process because she ran away from them when she was a teenager.

Porsha and Lauren had a confrontation at the gym after Porsha’s workout over Lauren’s in availability due to her pregnancy. Porsha feels that Lauren is being selfish by putting her pregnancy ahead of the business and Lauren tells Porsha that she needs to be more hands on with the Lingerie company and take a more active role because Lauren is pregnant and she doesn’t have to be in the office and can work from home. Lauren also tells Porsha that no one else will “Work for her and not run off with her money.”

Momma Joyce went against Kandi’s wishes and went to Phaedra’s office to have a chat with her. She asks her about why Kandi and Phaedra are no longer close and accuses her of stirring the pot with Porsha. Momma Joyce lets Phaedra know that there is a shower planned and that she wants her help in planning Kandi’s baby shower. Phaedra seems enthusiastic about helping plan the event and the two discuss different themes including animals and coming to Atlanta.

Porsha goes to see Lauren and talk to her about the argument that the two had at the gym and they try to work through the issues that are plaguing their relationship. Porsha seems to be hurt that Lauren hid her pregnancy from her. Porsha finally admits that she was a bit hurt when she found out that Lauren was pregnant and that she feels that she is missing out on something. The two sisters seem to come to an understanding and make up.

Kenya’s family reunion in Detroit has been 13 years in the making. Kenya’s father tells her that the reason that her mother treats her so badly is because she was illegitimate and her grandfather didn’t want any more illegitimate children in the house so the only way she could win her father’s favor back was to pretend like she didn’t exist. Kenya decided that she was going to make one last attempt to reach out to her mother despite years of being rejected. When her mother refused to open the door Kenya wanted to know how a mother could justify not acknowledging her child twenty years later. She decided that she will not make another attempt to reach out to her mother again.

Phaedra goes and talks to Todd about the pregnancy video that she shot and even though the video is not quite what she expected or wanted it to be she decides to pay for it anyway. Todd asks her about her C-Section and she tells him that she didn’t see anything because of the screen and didn’t really feel anything because of the pain blocker although she could feel them jerking and pulling as they removed the baby.

Kenya finally got to her family reunion and even though she was upset about her mother’s rejection she acknowledged her dad’s mother saying that “She made me the woman that I am today and I don’t know where I would be without her.” She then asked where her Aunt Lori was and was told that she had left. Kenya was told that her aunt was upset that she had gone to visit her mother but her father’s side of the family comforted her and loved her through it all.