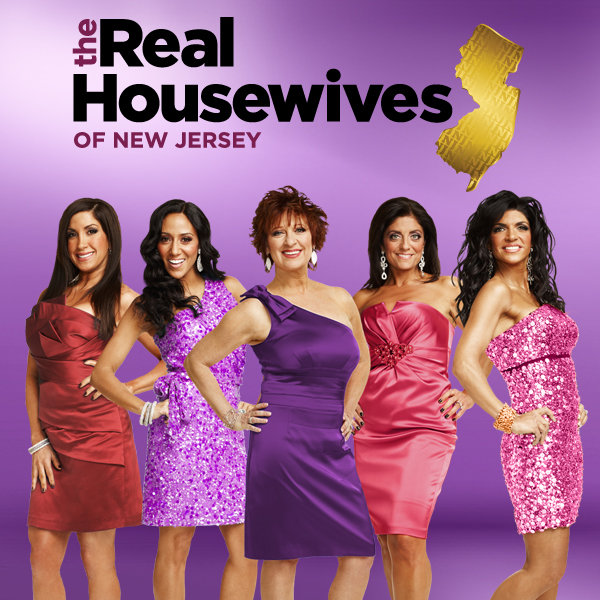 On Bravo TV Tonight The Real Housewives Of New Jersey (RHONJ) airs with an all new Sunday, September 5, 2016, episode, and we have your RHONJ recap down below!  On tonight’s episode called, “All Bets Are Off,” Melissa Gorga prepares her daughter for school and you know that it’s not going to be without drama!

If you missed last week’s episode where the ladies headed to a spa to celebrate Teresa’s first week of freedom, Teresa and Jacqueline decided  they were better friends then enemies & so much more.  Head over to our Real Housewives of New Jersey (RHONJ) recap, Right HERE!

On tonight’s RHONJ episode as per the Bravo synopsis, “Melissa Gorga prepares her daughter for a dance. In addition, Jacqueline Laurita presides over a poker night, but things get dicey with Rosie Pierri; Teresa has a book-launch party that gets interrupted and Siggy Flicker comforts a mourning Dolores Catania.”

Tonight’s episode is going to be filled with more crazy housewife drama that you won’t want to miss, so be sure to tune in for our coverage of the show tonight at 8 PM EST! While you wait for our The Real Housewives of New Jersey recap head over, and check out all our news, spoilers and more about the RHONJ!

On this week’s episode of The Real Housewives of New Jersey Jacqueline comes home to a mess after the spa trip. Her daughter Ashlee comes in while she is telling her husband about the spa trip. He asks her “Are you happy about the way the weekend turned out?” Jacqueline says “it was a good weekend.”

Siggy stops by to visit Delores at her house. Siggy brings her flowers to commiserate the death of Dolores’ beloved dog after they put him down. Siggy tells her “You have to feel good in your heart that Boo had a life of love.” Siggy asks her “So how are things with the kids?” Dolores tells her “My kids are breaking me. My son goes doesn’t call me after school and stays out until 9:30 at night.”

Melissa is having some issues with ordering products for her store Envy.  She calls her business partner, who is in the Bahamas, and tells her “Any orders that you place have to be run by me first.” The lady tells her “You can’t order everything in a size zero because that’s what you are. That is less than 2% of the population.” Melissa is very frustrated. Her partner goes on to tell her “You don’t have to be there 24/7. You can rely on your team to do things for you so that you can take some time off.” Melissa tells her “That’s easy for you to say while you’re sitting on an island.”

Teresa and Joe are preparing for Teresa’s book release party as well as his impending prison sentence. Joe tells his wife “I love you, and I have never been more proud of you.” One of their daughters comes downstairs and Joe tells her “I am gonna kick your butt from prison.” She scoffs and says “Yeah right dad.” He tells her “You remember how mommy knew everything that happened while she was away? Well, I will too.”

Siggy picks up Josh from school. While they are driving she runs over a trash can. Josh tells her “You are a bad driver. Pull over and let me drive.” Siggy asks him “Do you have your permit?” Josh tells her “Yes.” They switch places and Siggy tries to touch Josh while he is driving. Josh pulls away and Siggy he tells her “Don’t do that.” Siggy tells him “You’re my baby. To me, you are not a man. You will always be my baby.”

Teresa and Joe are having some tough times. He is doing everything he can to protect his family before he heads off to serve his sentence, but his overprotectiveness is driving Teresa a little crazy.  Delores calls her and Teresa vents to her. She tells her “It feels like i have five kids instead of four.” Dolores tells her “ Whenever you need to talk just call me.”

Melissa and Joe prepare for poker night. Melissa is a bit frustrated because she is trying to balance family and work. She sends Gino upstairs to get ready for wrestling practice and Joe comes home from work. Melissa asks him to take Gino to practice and he tells her “No.I am getting for my one night out. You had a whole weekend away. Can’t I get one night?”

Everyone shows up for the poker game that night except for Joe Giudice. They call him and Joe tells them “I’m not coming. I’m really beat.” This upsets Rosie. She says “He’s the one i wanted to talk to and spend time with.” After a few minutes she comes back and sits down at the table, When the others ask her about what happened she tells them “I messed up and made a stupid remark on New Year’s Eve. I wanted to talk to him and try to make things right because I don’t know when I will get to see him again.”

Siggy is at Delores’s helping her sort things out. She tells her “You have to get more adept at dealing with the bills.”  While they are there Teresa shows up. Siggy tells her “We are going through her bills and helping her sort things out.” Siggy tells Teresa “Dolores’ partner wants her to be in the business more and be more present.”  Delores says “Frank has a genius IQ. I have no fear about handing my bills over to him. It is like handing them over to a genius accountant.”

Melissa is curling Antonia’s hair for the Daddy/Daughter dance. She asks her daughter “What do you want to be when you grow up?” Antonia says “First i want to go as far as I can being a cheerleader. Then I want to be a teacher.” Melissa gives Joe a corsage to give to his daughter. He is very surprised at how beautiful Antonia looks when she comes downstairs and they are both excited as they head off into the night.

Teresa and Gia head out to have dinner just the two of them. Gia tells her “I’m happy  you’re home because me and dad used to butt heads 24/7.” Teresa tells her “Daddy will be leaving soon.” Gia says “He needs to go. When he leaves it will teach him to appreciate what he has at home.”

Teresa is preparing for her book launch party. She is trying to feed her daughters before she goes off, but they are fighting and she ends up having to send Milania to her room. She is stressed because Joe is stressed due to his impending departure.  Everyone heads to the party and Teresa receives a phone call that Joe invited his friend who brought his 12-year-old son and is also a felon, which violates the rules of Teresa’s probation.

Teresa is working the red carpet and introducing her friends to each other. The husbands are discussing the situation with Rosie. Joe wonders what the issue is. He says “I never had a problem with Rosie.” Meanwhile, outside there is a serious issue with the friend that Joe invited trying to get him to leave the party. He is heard shouting “YOU TELL THEM NOTHING STOPS ME! NOT THE MOB, NOT THE GOVERNMENT! NOBODY! THAT’S MY KID!” Teresa is told about the incident by her lawyer. Finally, Joe makes his way inside. The announcement is made that Teresa’s book has made it to number 2 on the New York Times Best Sellers List. Teresa makes a speech thanking her family, especially her husband for her success.