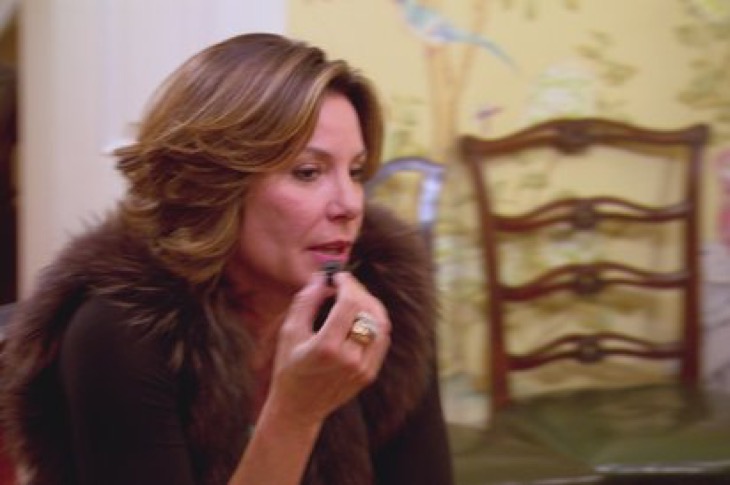 The Real Housewives of New York returns to Bravo tonight with all new Wednesday April 13, season 8 episode 2 called, “An Intimates Affair,” and we have your weekly recap below. On tonight’s episode, Bethenny Frankel begins planning a tailgate-chic BBQ birthday party to take place at her Hamptons home. Meanwhile, on the Upper East Side, Luann de Lesseps and Sonja Morgan bond over sparkling rosé and their desire to settle down.

the ladies are back in the city for the fall, and Bethenny was excited to be living in a home that she loved, all while continuing to find balance between working, dating and dealing with the stress that accompanies a chaotic divorce. Did you watch the last episode? If you missed it, we have a full and detailed recap right here for you.

On tonight’s episode as per the Bravo synopsis, “Bethenny begins planning a tailgate-chic BBQ birthday party to take place at her Hamptons home. Meanwhile, on the Upper East Side, Luann and Sonja bond over sparkling rosé and their desire to settle down.

Dorinda visits Ramona’s revamped post-Mario apartment and invites her to her lingerie party. Carole and Bethenny meet up to discuss Carole’s relationship with Adam, as well as her ongoing drama with Luann.  On the night of Dorinda’s lingerie party, Bethenny confronts Dorinda about overselling John to the ladies, which opens the door for Ramona to reveal a shocking revelation surrounding John and Dorinda.”

This week on The Real Housewives of New York City Jules starts the day making breakfast for her husband Michael and her children. Michael asks her if she is going to make coffee and she tells him “I don’t know how to make coffee.” After she feeds him she goes upstairs to wake up the kids. She says “I want my kids to see me first thing in the morning. The house is a mad rush as she tries to get the kids to school and help Michael get ready for work.

Bethenny and Dorinda are at the jewelry store shopping for new pieces. Bethenny tells her “I am shopping for my birthday.” Bethenny says “For my birthday we are having a party so that I can use the fire pit in my back yard.” Once again Dorinda is talking to her about John. Bethenny says “It’s ok to have a boyfriend and not all of us have to like him. Carole joins them for lunch and tells them that she had lunch with Ramona. She tells them “It was weird because in the whole two hours we were there she never took a breath.” Carole also says “Ramona never met a story about herself that she didn’t like.”

Sonja and LouAnn are hanging out together and bonding over the fact that they are both ready to settle down. Sonja says “It is amazing that Ramona and I have less and less in common and LouAnn and I do.” The two women move on to talk about Adam and Carole. LouAnn says “This whole situation has made me think that she and I will never be friends again. Now she is hanging out with Bethenny and Dorinda.” Sonja looks shocked by this and asks “When did they get to be such good friends?” LouAnn responds “Since she shoved her head up Dorinda’s butt.”

Ramona and Dorinda are hanging out talking about Dorinda’s situation with John. Dorinda tells Ramona “John wants to move in but I am trying to get Hannah out before I move him, or anyone else, into my apartment.” Ramona asks her what year Hannah is in high school and she tells her “She is a junior and still needs me, but I am trying to get her out”

Carole and Bethenny are having lunch together. Bethenny asks her about the relationship with Adam. Carole tells her “We are good and I love him.” Bethenny then asks her “So you’re in love and committed?” Carole says ” I don’t know about committed.” Bethenny asks her what’s wrong and Carole responds “Adam wants to hve kids and I want him to have everything that he wants, but I also know I may only have five good summers left.” They move on to discuss the situation between Carole and LuAnne. Bethenny says “I saw her this summer and she appeared to be out of control a little bit.” Carole asks her “How?” Bethenny responds by saying “She was frantic all the time and kept texting me telling me not to be uncool. Carole responds “After all of the negative things LouAnn said about me on social media I don’t want anything to do with her.”

Dorinda goes to Andre Paullaute to pick out her skull skirt for her party. She talks to John about the party and tells him that some of the girls won’t make it. John asks her what time the party will start. She tells him “Nine.” He then asks her what time the party will end and she sighs and says “Hopefully by nine.” He then asks if he can pick her up after. She tells him “Yes, I will probably be a mess.” John chuckles and tells her “That’s the good thing about you being a mess I can come along and clean it up.”

Ramona calls Bethenny to wish her a happy birthday. They get into a discussion about John. Ramona tells Bethenny “John has made some very inappropriate comments about Dorinda and I am not sure whether or not to tell her. “ Bethenny tells her “Dorinda is always trying to sell John to us, but I don’t like being around a person who is dishonest and there is something really dishonest about John.” Ramona agrees and says “I am going to tell Dorinda what he said and let her handle it how she wants to.”

The ladies arrive for the bra party and Jules is surprised to find someone there that she knows besides Bethenny. As the ladies arrive Ramona tells them “I have already picked out your bras.” Carole says “I only wear bras for show and not under my shirt the way you other ladies do.” Jules gets upset when she discovered she touched some shrimp without realizing it because she is Kosher. She quickly douses her hands in the ice bucket to wash the shrimp off her hands. Betenny notices this and tells her “I don’t know how to say bad choice in Japanese. However you shouldn’t douse your hands in the ice bucket.”

Dornda tells the ladies that they are going to find out their proper bra size. Bethenny is happy that the attention is not focused on her even though it is her birthday. As the party continues LuAnn is brought up and Carole says “She is shifty.” Sonja tells them “That is what I like about her is that she is shifty and she doesn’t hide that she is shifty.” Carole says “Whatever the case may be I don’t want to be around her because of the things she has said about me and Adam.”

The ladies then address the issue of Dorinda’s relationship with John. Bethenny says “Let’s not pretend.” Dorinda asks her “What’s the problem?” Bethenny responds “We think you are trying to sell us on John too hard.” Dorinda gets upset and says “What do you mean?” Bethenny tells her “You know there is something wrong with him.” Bethenny tells Dorinda “This summer at my house he came into my kitchen and started pitching business ideas while you were outside.” Dorinda tells her “John does that with everyone and he does it in front of me.” Bethenny then tells her “He asked for my phone number and I told him to get it from your girlfriend.”

Dorinda tells her “I will have John apologize to you when I talk to him tonight. Ramona tells Dorinda about the comments that John made about her at the party. Dorinda gets very angry and starts yelling at all of them. She tells them “I choose to be with him. I married a person and buried a person. I have the right to choose what I want in my life.” An argument ensues and Dorinda tells Ramona “I don’t want to stay with you this weekend. You don’t bring up something personal like that in a group. You should have come and talked to me privately. I would have never brought up your personal issues with Mario out of respect for our twenty year friendship.” Ramona asks her “If there is nothing wrong with what he said then why are you so upset?” Dorinda gets upset all over again and tells Ramona “I no longer consider you a friend.You have betrayed my trust.” As the ladies continue their discussion John