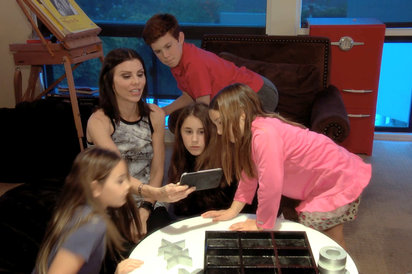 Tonight on Bravo The Real Housewives of Orange County airs with an all new Monday, July 18, season 11 episode 4 called, “Frozen Assets,” and we have your The Real Housewives of Orange County recap below. On tonight’s episode as Kelly Dodd’s beach party moves indoors, Vicki Gunvalson and Shannon Beador have a chilly face-off about the fate of their friendship.

On tonight’s episode per the Bravo synopsis “as Kelly’s beach party moves indoors, Vicki and Shannon have a chilly face-off about the fate of their friendship. Meghan meets Jimmy’s frozen sperm for the first time as the couple moves one step closer to starting their family.

Heather laments how Terry’s tough schedule is jeopardizing their family unit and Meghan advises Kelly to keep quiet when it comes to her opinions on Vicki. A medical emergency lands Briana in the hospital, leaving Vicki to step in as single grandma. Shannon enlists Tamra’s help in making a tough decision regarding Vicki.”

Tonight’s episode is going to be filled with more crazy housewife drama that you won’t want to miss, so be sure to tune in for our live coverage of the show tonight at 10 PM EST! While you wait for our The Real Housewives of Orange County recap hit the comments and let us know how excited you are about this episode of The Real Housewives of Orange County! How do you think this eleventh season is going to play out?

On this weeks episode of The Real Housewives of the OC Kelly’s beach party has moved indoors. The ladies are all impressed with Kelly’s decor. Vicki tries to talk t Shannon and apologize. When she hugs Shannon, she is very stiff. Vicki says “Hugging Shannon is like hugging a corpse.” Vicki tells Shannon “I apologize for the actions of my ex-boyfriend. I didn’t think he lied, but he has moved on to the next girl.” Shannon says “You called me disgusting and vile.” Vicki says “You were disgusting and vile because you wouldn’t move on from it.” Shannon wonders “Is this an apology or an attack, because it feels like an attack.”

Finally, Shannon tells her “I forgive you, but i don’t see a friendship between us anymore.”Kelly takes the ladies to show them her closet so that Meghan can have her hormone shot. Heather says “I love the fact that Kelly has a bar in her closet. It is very practical because you are having a fashion emergency you need Champagne.” The ladies watch and support her as Meghan gives herself the injection. She says “I always feel like superwoman until I have to do it again.”

When they come out of the closet Vicki is distraught and crying. She decides to leave the party. Kelly walks her out and tells her “Don’t cry. It was very brave of you to come here and face the facts.”

Jim is home. Meghan tells him “I just gave myself a shot and it hurt.” They are excited because they are going to pick up the tank to bring Jim’s frozen sperm to the Dr. Meghan says “Jimmy is finally reconnected with his sperm after seven years. It is unbelievable.”

Heather is upset because Terry is leaving for a business trip on Mother’s Day. She meets with the contractor who tells her “Terry’s bar is longer than the space we measured.” Heather decides to make some minor adjustments to the bar so that it will fit. She is also trying to pick out a new love seat for the living room. She tells him “I am going to need a month to move in. The contractor laughs and says “I am going to need a vacation after this job.”

Vicki receives a desperate phone call from Brianna while she is at lunch with her grandsons. She rushes home to rush her to the hospital, but on the way there Vicki realizes that Brianna is in serious trouble. She pulls into a gas station and calls the paramedics. Sarah, Ryan’s ex-fiance, comes to Vicki’s house and agrees to stay with the boys while Vicki heads to the hospital. Sarah calls Tamra once Vicki leaves. Tamra rushes over to the house. The two women are talking and Tamra tells her “She called me and tells me it’s not good, it’s not good and I can hear Brianna gasping in the background.” Tamra says “Jesus put Sarah right there to be a help in that situation.” Tamra then talks to Sarah about her situation with Ryan. Sarah tells her ” I kind of left the ball in his court.”

Tamra meets up with Shannon for lunch.Tamra tells her about the incident with Brianna having to be rushed to the hospital. Shannon says “Why is she here? Why is she not with her husband.” Tamra says “I don ‘t know.” Shannon asks “Do you think that was a condition for Vicki buying her the house, that had to come now?” Tamra shakes her head. Shannon says “Would you put it past Vicki to impose conditions on the house?”

Brianna comes home from the hospital. She is frustrated. She says “I have clots in my chest which can make it hard to breathe. Vicki is heading to the office. She asks Brianna “Do you need anything before I leave?’ Brianna tells her “No. I just feel like a failure as a mom because i can’t care for my kids.”

Shannon is talking to Tamra about inviting Vicki to her party. After she reads the text Tamra tells her “You went in with a jab and then you twisted the knife.” Shannon tells her “I don’t want to soften it too much. They work together to reword the text and Shannon sends it.