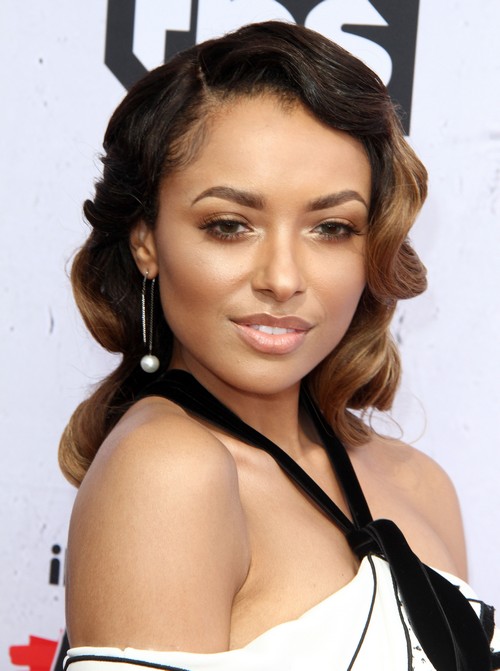 Kat Graham is quitting The Vampire Diaries, the actress confirmed her exit in an interview and fans are hoping that Ian Somerhalder doesn’t quit the beleaguered series as well. Graham has been a central character on the vampire drama since the show premiered on The CW back in 2009, her character – the bewitching Bonnie Bennett – has been a fan favorite among TVD viewers.

US Weekly tracked down Kat Graham at the iHeart Music Awards, and the actress confirmed to the mag that Season 8 would be her final season on the show. Like everyone else on The Vampire Diaries, Bonnie Bennett has been killed and resurrected on more than one occasion – but it looks like her Season 8 farewell will be her final one.

Rumors of the show’s demise have been floating around for months. And, everyone seems to be abandoning the sinking ship. If Ian Somherhalder leaves as well there is no chance TVD can survive. Can ‘The Vampire Diaries’ survive now without Nina Dobrev AND Kat Graham – only a few core characters will be left standing after Bonnie Bennett exits.

While some fans are optimistic that Kat’s exit from the show will inspire Nina Dobrev to return and help keep the vampire drama together – it is highly unlikely. Of course there isn’t much chance that Ian Somerhalder will quit given that the 38 year old doesn’t have any better offers.

So Vampire Diaries fans, will you miss Kat Graham? How do you think Bonnie Bennett will exit this time? Do you think the show will survive losing another main cast member? Share your thoughts in the comments below!

Kat Graham at iHeartRadio Music Awards held at The Forum in Inglewood, California on 4/3/16. FameFlynet