The Vampire Diaries Season 7 Finale Spoilers: Will Nina Dobrev Appear as Elena to Haunt Damon Down in the Vault? 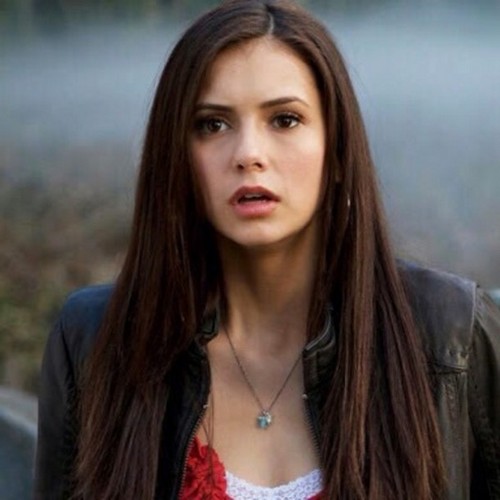 Will fans see Nina Dobrev on the Finale of TVD Season 7? ‘The Vampire Diaries’ spoilers for Season 7 Finale Episode 22 ‘Gods & Monsters’ indicates that Damon Salvatore (Ian Somerhalder) will head into the scary vault in The Armory and what he finds there is absolutely stunning. Is it Elena Gilbert (Nina Dobrev) that Damon hears?

That Vault has something evil and infectious in it. The first time it was opened was by Dalton St John – Alex St John’s (Mouzam Makkar) great granddad. When Dalton came out, he was a soulless killer and the vault was sealed but then another St. John got stuck inside.

The bottom line is that the evil is in there. Damon and Stefan Salvatore (Paul Wesley) need to get into The Armory first and ‘The Vampire Diaries’ spoilers tease that it will be the twin daughters of Alaric Saltzman (Matt Davis) that break the magical seal on the building.

Once Damon and Stefan head inside, they’ll find carnage, dead Armory people, and maybe some still alive but driven utterly mad by what’s happened to them. But it will be Damon that decides he has to go in the vault and deal with whatever is in there.

They need to kill the last of the Eight Everlastings to break Bonnie Bennett’s (Kat Graham) tether to the hunter curse. But can they get to the last Everlasting before the evil from the vault gets to them? And with building unsealed, they can’t let the evil get out into the world.

TVD video spoilers show Damon making a major sacrifice to save Bonnie and all his pals – even knowing it could cost him his life. Damon will close himself into the vault to make sure that Stefan can get to the Everlasting and kill it while Damon battles the unknown entity.

But what is in the vault? What has Damon signed on for? Damon heads down in there and hears the usual whispers that everyone hears when they go into the vault. But in the trailer for the Season 7 Finale, we see a stunned looking Damon who says “Elena?”

The Vampire Diaries creator Julie Plec promised that the finale would involve a “shift in two of the central characters who may never be the same.” Judging by other comments by Paul Wesley, it looks like it may be Damon and Stefan.

But how could Elena be there since she’s in a cursed sleep? What seems likely to happen is that Damon will seal himself in the vault so that the evil is shut away and Stefan can have time to take care of business even if that means the sacrifice he’s making is permanent.

The problem is, the vault can’t be opened again or the horror that Stefan and Damon see when they go into The Armory could happen again. That leaves a storyline for Season 8 of Damon locked in the vault, infected by ultimate evil, and worse than he’s ever been.

He’s been pretty good since Elena changed him. But will Elena make an appearance? Or could it be Katherine? Is it a dark version of his lady love that draws Damon into darkness or madness? No word yet if Nina Dobrev made an appearance in the episode.

TVD showrunners could have had Nina Dobrev phone in a voice-over or could have used old sound bites. Or Damon could be wrong about what he heard. But something is in there with him – something tangible. There’s also the overarching question of how that thing got down there.

It looked like the evil was living down under The Armory in caves and the vault door may have been built later. The thing may have been why The Armory was built on that site. And does it have anything to do with The Armory’s shady origins?

Looks like we’ll learn a lot on the ‘The Vampire Diaries’ Season 7 Finale Episode 22 ‘Gods & Monsters.’ Share your comments below on what you think is down there, what it will do to Damon, and whether it will masquerade itself as Elena and if you hope to see Nina Dobrev. Come back to CDL for all your TVD news, spoilers and recaps.