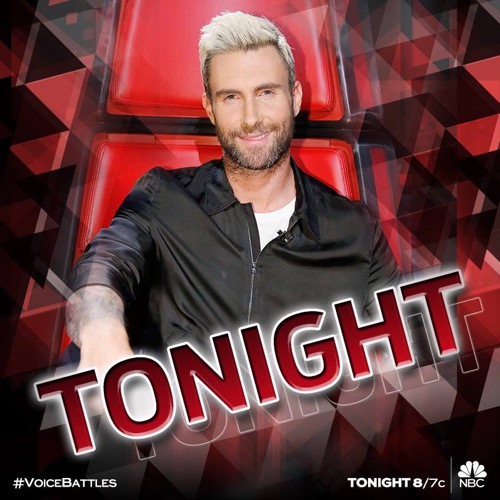 Tonight on NBC the Emmy award winning music competition The Voice continues with an all new Tuesday March 15, season 10 episode 6 called, “The Battles Premiere, Part 2,” and we have your weekly recap below. On tonight’s episode the battle round continues with the advisers, Sean “Diddy” Combs, Tori Kelly, Patti LaBelle and Gwen Stefani.

On the last episode, the “blind auditions” concluded as each coach fought for the best artists to complete their teams of 12. The second hour began with the battle rounds. Christina Aguilera teamed up with Patti Labelle, Adam Levine with Tori Kelly, Blake Shelton with Gwen Stefani and Pharrell Williams with Sean “Diddy” Combs aka Puff Daddy. Did you watch the last episode? If you missed it we have you covered with a full and detailed recap right here for you.

On tonight’s episode as per the NBC synopsis, “the “battle rounds” continue and the coaches enlist the help of the music industry’s top recording artists to offer their knowledge and skills as advisors. Christina Aguilera teams up with Patti Labelle, Adam Levine with Tori Kelly, Blake Shelton with Gwen Stefani and Pharrell Williams with Sean “Diddy” Combs aka Puff Daddy.

In this phase, the coaches pit two of their own team members against each other in a dueling duet. After the vocal face-off, each coach must choose which artist from their team is the strongest, and has the option of stealing losing artists from an opposing coach. Each coach has two steals during the battle rounds where their artists will proceed to the knockout rounds.”

Tonight’s season 10 episode 6 is going to be exciting. We’ll be blogging it right here for you. In the meantime hit up the comments section and tell us your thoughts on season 10 of The Voice.

#VoiceBattles start with the judges talking about using their steals. Adam tells Blake to please try with his clothes sometimes and they insult each other. First up is a Team Christina battle of Shalyah Fearing vs Tamar Davis.

Christina has Patti LaBelle there working with them on Lady Marmalade which is amazing since both Xtina and Patti have recorded it. Shalyah says Patti is one of her idols and she’s nervous. Now it’s time for the battle and they kill it.

Pharrell says Shalyah is something else. Adam says Tamar’s performance pushed him over the top and says neither choice is wrong. Blake says he thinks Tamar took it with her experience. Christina goes with Tamar and says that’s the deserving choice at this time.

Pharrell presses the button to steal Shalyah. Pharrell says she did an amazing job and she deserves to be on the show.

Next up is a Team Blake battle round with Gwen mentoring his pair Justin Whisnant vs Mary Sarah. They are doing Louisiana Woman Mississippi Man by Loretta Lynn – it’s vintage country. They get tips and then it’s battle time.

Christina says Justin was accurate the whole way through and says Mary Sarah is funky. Pharrell says Justin’s control is colorful. He says it’s tough for Blake. Adam says Justin has a great voice but he didn’t get to hear as much of it in this song.

Blake now has to decide who wins it. He says they honored the song but made it their own. He tells Justin he showed more depth and says Conway Twitty’s voice is tough to compare to and took it up a notch. He says Mary Sarah really had great stage presence. Blake gives the round to Mary Sarah.

Pharrell has Sean Combs there mentoring and P Diddy is ready to work with the first Team Pharrell battle pairing of Jessica Crosbie vs Nick Hagelin, both Atlanta residents. Nick totally fanboys out on Diddy and says he’s had a lot of influence on his life.

They are singing MGMT’s Electric Feel. They work with the piano then meet again to work with the band. The battle round starts and their voices are so different, it’s really interesting. The song seems designed to show more of Nick’s range than Jessica’s.

Adam says Jessica was great and he saw amazing stuff from him. Blake says Nick was up in his falsetto a lot and Adam says he does too then Blake says he does his hair like Miley Cyrus. Then he calls Adam a wrecking ball. Blake praises Nick’s full voice too.

Blake says he thinks Nick won it. Christina says she would choose Nick because she couldn’t get a good feel for Jessica’s artistry. Pharrell says they both brought it and says it’s tough since they’re so different. Pharrell chooses Nick.

Jessica thinks she’s going home but then after she talks to Pharrell and is ready to walk off stage, Adam slaps his button to steal her and says he really remembers what she did in the Blinds and wants the chance to work with him. She’s thrilled with her second chance.

Next up is Team Christina’s Chelsea Gann vs Kata Hay. They meet with Christina and Patti and geek out on seeing the legend. Christina has chosen Melissa Etheridge I’m The Only One. She says Kata is all fire and Chelsea is smooth and has a natural sound.

Christina and Patti give them some notes and then it’s final rehearsal then the Battle Round. It’s amazing. Pharrell says Kata has a ton of personality and won’t be ignored. He says Chelsea exercised her range. He says it’s a tossup for the win.

Adam says it felt like a battle and says Kata is a firecracker and it’s seductive and says Chelsea seems nice and he liked her claws out. Blake says he doesn’t know why he didn’t hit his button for them and was probably drinking. Adam says Blake is literally the dumbest of all his friends.

Blake says he’d give it to Chelsea because she stayed in the pocket. It’s down to Christina and she says Chelsea is powerful. She says Kata is passionate and genuine. She says she’s sorry that someone has to go home and chooses Kata who is stunned. Chelsea says she’s thankful and has learned so much.

Next is a Team Adam battle of Natalie Vacovazzi vs Nate Butler. Tori Kelly and Adam meet with them to work on a Tori Kelly song Hollow. Tori says she loves hearing interpretations of her music. Adam says they sound good together and they give them notes.

It’s a final band rehearsal and Tori explains what she was thinking when she wrote the song and Natalie says that really freed her up from overthinking. Adam says Natalie has the power but is too afraid. Now it’s time for the battle and they both bring it.

Blake says wow good job. He says Natalie has originality in her sound and Nate has pitch perfect voice. He says Nate sounds like Adam and there’s nothing wrong with that. Then Blake says Adam looks like Lance Bass. Christina says it’s neck and neck to her.

Pharrell says Nate has great pitch and Natalie has energy and she came back with pizazz. Adam says Natalie should be thriving singing it and Nate was out of his comfort zone. He says Natalie had some pitch things and says Nate survived and they both had challenges. Adam chooses Nate as the winner. Natalie thanks Adam for taking a chance on her.

Next up is Team Pharrell’s battle pairing of Hannah Huston vs Maya Smith. Pharrell and Diddy meet with the women and Pharrell has them doing Elastic Heart. It’s kind of amazing. Diddy has great advice for both of them and then it’s battle time.

They killed the Sia song and both compliment each other loudly when they’re done. Adam says Hannah’s presence is amazing and her confidence is impressive. He says Maya’s is right there with her and says a little more control and they are neck and neck.

Blake says Hannah is intense and in the zone. He says Maya was a little more free with it and that may be the control issues. He says Maya was a bit shaky but made up for it with her big voice. Christina says they are both solid in their vibrato and says Sia is a strange exotic bird so it’s a challenge.

Christina says Hannah had a couple of pitch moments but her vibrato picked up and says Maya went higher and says she has a bit more range. She says she’s thinking steal either way. Pharrell says they both did him proud. He says they both had mistakes, but powered through.

Pharrell decides to go with Hannah. She thanks him and says she’s very thankful. Maya thanks Pharrell. Christina slaps her button as Maya goes to leave the stage. Christina tells Blake not to do it when he looks at his button. Christina is happy then Blake hits it anyway.

Blake says Maya looks and sounds like a star and Christina asks why he didn’t push for her in the blinds. Blake says Christina beat him to it. Christina mocks Blake and he says he loves Maya. She makes her case. Maya goes with Christina.