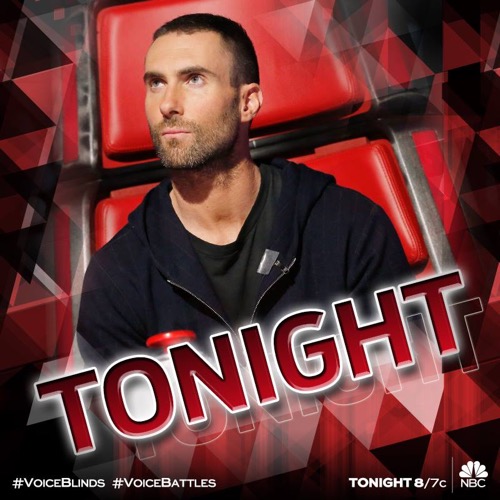 Tonight on NBC the Emmy award winning music competition The Voice continues with an all new Monday March 14, season 10 episode 5 called, “Blinds End and Battles Begin,” and we have your weekly recap below. On tonight’s episode the blind auditions conclude and the battle round kicks off. The advisers are Sean “Diddy” Combs, Tori Kelly, Patti LaBelle and Gwen Stefani.

On the last episode, Carson Daly (“TODAY Show”) hosted a special recap of the blind auditions including never before seen moments and a sneak peek at the upcoming battles. Coaches Christina Aguilera, Adam Levine, Blake Shelton and Pharrell Williams took a look back at their decisions as they head into the battle rounds. Did you watch the last episode? If you missed it we have you covered with a full and detailed recap right here for you.

On tonight’s episode as per the NBC synopsis, “the “blind auditions” conclude as each coach fights for the best artists to complete their teams of 12. The second hour begins with the battle rounds. Christina Aguilera teams up with Patti Labelle, Adam Levine with Tori Kelly, Blake Shelton with Gwen Stefani and Pharrell Williams with Sean “Diddy” Combs aka Puff Daddy.

In this phase, the coaches pit two of their own team members against each other in a dueling duet. After the vocal face-off, each coach must choose which artist from their team is the strongest, and has the option of stealing losing artists from an opposing coach. Each coach has two steals during the battle rounds where their artists will proceed to the knockout rounds.”

Tonight’s season 10 episode 5 is going to be exciting. We’ll be blogging it right here for you. In the meantime hit up the comments section and tell us your thoughts on season 10 of The Voice so far.

#TheVoice tonight will have the last of the blind auditions plus the start of the battle rounds. We start with the coaches singing together on Stevie Wonder’s I Wish. Blake says he needs just one more person on his team. Christina says she can’t wait to get her last artist and Blake says he’s on fire.

The coaches take seats and we meet Jared Harder from Missouri. He talks about small town life and tornado destruction in Joplin where he’s from. He’s doing Merry Go Round by Kacey Musgraves. Blake finally turns and Jared’s family is thrilled.

Blake thanks the others for not hitting their buttons and Adam says he beat them down with his insanity. Blake asks how Joplin has done since the tornado. With Jared, Blake’s team is complete and he’s thrilled with what he’s got going into Battle Rounds.

Adam steals Blake’s phone and has Christina hide it. Blake wanders around looking for it. India immigrant Moushumi is next. Her parents are in the medical profession, but she loves music. She went to medical school in India. She took a year off to try music.

She’s singing Wicked Game by Chris Isaak. Blake likes her from the first and Christina and Adam both turn. Her parents are thrilled. After a few runs, Pharrell turns too. She got every available judge! Blake says it was amazing and says he would have turned if his team wasn’t full.

He says she’s worth fighting for. Christina says she has nothing like her on the team and they can do something that hasn’t been done on this show. Pharrell says she’s fresh and Adam calls her voice glassy and says he just has one spot left and wants her.

Moushumi goes with Pharrell for her coach. The #VoiceBlinds are almost done. Pharrell is also now down to one spot. Blake is still looking for his phone and asks Adam where he put his phone. He searches Adam’s chair. Blake now harasses Pharrell.

We see some artists that didn’t make the cut now that the judges are being way pickier because they are looking for their last team members. Next is Katie Basden from North Carolina. She had to cut short her musical aspirations because her dad got sick.

Katie is singing Midnight Rider by the Allman Brothers. Adam and Pharrell turn almost immediately. Christina thinks about pushing as the song progresses. She does a major run at the end and Christina turns too. Blake says his team is full and it’s as good as a four chair turn.

Pharrell says he liked her voice from the instant she started singing. He says he would love to help her be the best version of herself. Christina says country music has a lot of soul and she would love to support her on her Voice journey.

Blake says Adam doesn’t like country music. Then he says Christina came to him to record a country number and Pharrell says he’s gone to the CMTs. Christian says she performed there. Adam tells Blake to shut up and Blake says that’s how Adam talks to country artists.

Pharrell jokes that he and Blake have a great rapport. Katie goes with Adam anyway and he says she has so much potential. He says that Blake couldn’t get her made his day. Blake says her with Adam could be a deadly competition. That completes Adam’s team.

Jonathan Hutcherson from a farm in Kentucky is up next. He’s got three younger brothers and we learn that he’s partially hearing impaired. He wears a hearing aid and says sometimes it affects his hearing. He’s doing You & I by One Direction.

Pharrell thinks about pushing and Adam says he would if he could. Blake and Adam can’t push theirs. Pharrell says he had one slot left and now he’s got it. Adam says he has a great voice and says he connects with the vocal and that’s the hardest thing. Now Pharrell’s team is full too.

Adam makes fun of Blake’s search for his phone and Blake says no one is calling him anyway. Now we see some singers that Christina passed on for her last spot. Next is Ayanna Jahnee from Nashville. She does musical theatre like her mom.

She lost her mom in middle school to cancer. She says music was therapeutic for her after her mom passed. She sings Skyfall by Adele. Christina sits listening intently. She finally hits her button. Christina says she’s her dream come true and calls her my love.

Christina points at Blake when she says she’s from Nashville. Christina sings about her team being full and

Jahnee sings along. They riff together. Then Christina sings about the guys being fools. Blake bows down to her and Pharrell stands to clap. Now that her team is full, it’s time for the #BattleRounds.

Adam has Tori Kelly mentoring his team for Battle Rounds. First up is Katie Basden vs Ryan Quinn. Adam has them doing Maybe I’m Amazed by Paul McCartney. Tori and Adam work with them on fine tuning the performance and how to make it climb.

Carson introduces Katie and Ryan for their Battle Round. They really kill the McCartney number. Blake says that was so good and says Ryan’s voice gets thinner when he goes up but Katie’s voice stays with body the whole way and gives it to her for the win.

Christina says Katie’s range went even higher and says it’s tough. Pharrell says both were amazing. Adam decides to give the win for the battle to Ryan. Christina presses the button to steal Katie. She tells Blake not to think about pressing his button and then he does anyway.

Blake says he loves Katie and now she gets to pick between them. Adam says he wants popcorn to watch this. She says don’t go with the copycat Blake. He says she won it for him and then he woos her. Christina says don’t buy it. Adam says choose Christina. Katie goes with Blake.

Next up is a Team Blake session and surprise, he brought in Gwen Stefani as mentor. His first pairing is Brittney Lawrence vs Paxton Ingram. They are singing I Know What You Did Last Summer by Shawn Mendes. Blake and Gwen give them performance notes.

Gwen says she needs to feel emotional pain from Brittney. Paxton has really high energy. Blake is on his feet for them. Christina says their voices are very different and says she thinks Paxton won it. Pharrell says he liked Paxton’s runs.

Adam says they’re both good and it’s a matter of preference. Blake says Brittney’s voice is so big and Paxton is a vocal ninja. Blake decides that it comes down to personal preference and says that’s hard and goes with Paxton.

Next, Christina and mentor Patti LaBelle work with her first pairing of Bryan Bautista vs Malik Heard. Christina has them singing It’s a Man’s World by James Brown. Patti talks to them about her friend James Brown and gives them performance notes. Christina has advice too.

They both kill the James Brown’ classic. Adam is on his feet for them. Pharrell says they had the crowd up and the coaches too. Pharrell says one of them will definitely get stolen and Adam says he’ll soon be one of their coaches and think Christina will go with Bryan.

Christina correct Blake who mispronounced Malik’s name and Pharrell says they’re already pitching. Christina says they both have amazing qualities. She says she’s the loser in this battle and gives the battle to Bryan. That means Malik is up for a steal.

Christina says it’s her toughest decision of all time and went with Bryan for being calm and collected as he performed. All three of the guys slap their buttons to try and steal Malik. Adam says he can take him to being a front runner and won’t let him down.

Pharrell says he pushed for him and says they are different artists and subtly insults Adam’s comments and says he want to empower him. Blake says good points and says Adam backpedaled. Adam calls him the biggest idiot he’s ever met.

Blake says he has the potential to win it and reminds him he’s won it four times with completely different artists and says let’s make history. Blake says Adam is dressed like he just left the gym. Adam says Blake wears the same thing every day. Malik chooses Pharrell as his new coach.

Blake says Adam’s constant attacking cost him an artist. Adam says Blake started it. The bickering will never end with these two!