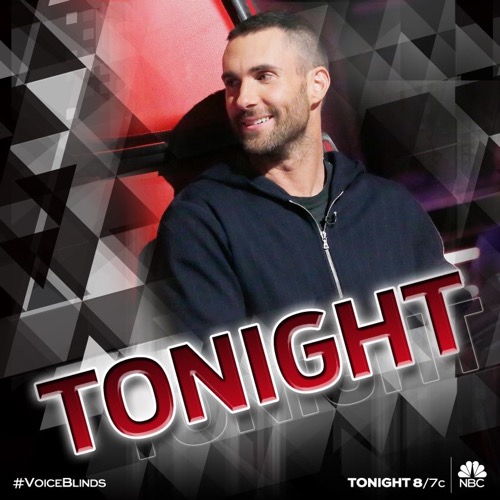 Tonight on NBC the Emmy award winning music competition The Voice continues with an all new Monday March 7, season 10 episode 3 called, “The Blind Auditions, Part 3,” and we have your weekly recap below. On tonight’s episode blind auditions continue on its third part.

On the last episode, the second part of the “blind auditions” are held in front of the celebrity panel of musician coaches, including Christina Aguilera, Adam Levine, Blake Shelton and Pharrell Williams, who each pick vocalists for their individual teams. Did you watch the last episode? If you missed it we have you covered with a full and detailed recap right here for you.

On tonight’s episode as per the NBC synopsis, “the “blind auditions” continue on its third part and are held in front of a celebrity panel of musician coaches including, Christina Aguilera, Adam Levine, Blake Shelton and Pharrell Williams. The strongest vocalists from across the country compete to be selected by one of the coaches and fight for a chance to win the title of being named “The Voice.”

Tonight’s season 10 episode 3 is going to be exciting. We’ll be blogging it right here for you. In the meantime hit up the comments section and tell us your thoughts on season 10 of The Voice so far.

#VoiceBlinds auditions tonight starts with the judges greeting the crowd and taking their seats. First up is small town teacher Hannah Huston from Nebraska. She gets a video message from her students and tears up. Hannah sings Unaware by Allen Stone.

Blake says wow. She gets a three chair turn in the last moments of her number and her family goes nuts. Only Adam didn’t turn. Christina likes her growl. Pharrell says she excites him and she woos. Hannah chooses Pharrell.

Next up is Brian Nhira who’s parents emigrated here from Zimbabwe. He’s done mission trips in Africa and says it’s heartbreaking and he wants to inspire kids through music. Brian sings Happy – Pharrell’s song – and gets chair turns from Pharrell and Blake.

Blake says come to my team and calls him over and shakes his hands. Blake says it’s humiliating to hit his button when he’s singing Pharrell’s freaking song. Adam mocks Blake. Blake is thrilled that Brian is from Oklahoma and says Okies gotta stick together. Brian chooses Pharrell. No surprise there.

Aijia is up next and she’s a backup singer. She sings Say Something by A Great Big World. She didn’t get any chair turns and it sounded a little pitchy. Blake says it was a bit inconsistent and Christina says it needed more emotion.

Brittany Kennell is from Canada and is inspired by Shania Twain. She now lives in Nashville trying to make it as a singer songwriter. She sings Sheryl Crow’s Strong Enough. Christina says she sounds like Gwen Stefani and Blake turns his chair. Her voice is funky and different.

Pharrell turns at the last second and Blake yells at him and says it’s wrong. Adam agrees it’s a little late and Blake says he’s calling NBC legal. Adam calls it #ButtonGate. Blake says her voice is magical and unique. Blake says most winners are on his team.

Pharrell says she has a different tone and her vibrato is crispy and classic. Blake flatters her heavily. Blake gets the audience to cheer for him. Pharrell and Blake face off and Blake compliments his butt. Brittany chooses Blake who says she almost gave him a heart attack.

Next up is another returning artist from season nine who got no chair turns. Her name is Natalie Yacovazzi and she says she was devastated but back. Single mom Natalie sings Mr Know It All by Kelly Clarkson. Adam turned for her and is thrilled that she’s all his.

Pharrell says he remembers her from last year. Adam says the beginning was crazy and he pressed his button out of reflex. He says they were watching him to see if they should turn too. Adam says he tried to play confused to fool them and it worked.

Next is Malik Heard and says his parents are sports nuts and his dad talks about them putting him into sports but then he dropped the teams to go music and surprised his parents. Malik does Nick Jonas’ Chains and gets chair turns from Pharrell and Christina.

Blake says he hopes Christina beats Pharrell’s butt and gets him. Christina says they could do this together and says she loves him. He says he likes Sam Smith, Bruno Mars and Justin Timberlake. Pharrell says he worked with Justin and then Christina plays the Mickey Mouse card.

Peyton Parker is from Kennesaw, GA and is next up. She was a competitive cheerleader but wrecked her ankle so she took up the guitar while recuperating. They picked up and moved to Nashville to support her aspirations to be a singer. She busks in Nashville for cash and the move was hard on the family.

Peyton sings Fleetwood Mac’s Dreams. Christina and Pharrell turn fast followed by Blake. Adam hesitates then decides not to turn. Adam says that’s one of his favorite songs. Pharrell says her tone was nice and asks about her musical interests. She says she writes songs.

Christina says she loves her voice and says there’s no one on her team like her so she has less competition. Christina says he’ll do his Blake the Snake charmer and mocks his accent. Blake says “let’s do this right” just like Pharrell imitating him.

Christina shows her how much she wants her and puts on a cowboy hat. Now Peyton has to pick and chooses Blake anyway. Blake steals Christina’s hat then goes to hug Peyton and says you can’t take down the Mayor of Blakeville. Blake goes and points in their faces and laughs.

Blake also got Gina Castanzo then Trey O’Dell in auditions we only see a glimpse of. Kristen Marie is next and she’s from Oklahoma. Kristen does Mad World. She gets turns from Blake and Christina. Blake says it’s a small world when he hears where she’s from.

Adam says he’s ridiculous. But then he says she’s great and he hopes Christina claws Blake’s face off to get her. Pharrell says her voice is beautiful. Christina says she’d be honored to have her on her team and won’t tear Blake down.

Blake thinks she’s coming behind him and Blake shouts offstage to tell her mom to pick him and says he’ll come for Thanksgiving. Christina shouts at her parents too. Christina says she heard Adele and Sia and Kristen says that’s what she wants to do. Kristen chooses Christina.

Christina gives Blake the kiss off and says he can’t win them over with the accent and dimples but they share a group hug with her. Blake tells Christine she ruined Thanksgiving and she asks if he’s sad she stole his Okie.

Evan Taylor Jones is from Orlando and says they moved from a dangerous part of California. He talks about his mom dying from cancer when he was a teen. He plays guitar and sings a country song Hometown by Zac Brown Band. He doesn’t get any chair turns.

Evan says he doesn’t sing country a lot and Blake says he had more of an alternative or rock sound. Christina says his voice reminds her of John Legend. Pharrell says he did a good job and says he was confused.

Nate Butler from New Jersey is next and says his dad played Dean Martin, Elvis and was in the Philadelphia Boys Choir. He talks about being bullied as a child. He does The Walk by Mayer Hawthorne. Everyone but Christina turns and she says he’s exciting.

Pharrell says his falsetto was great and so is his chest voice and says his voice is soulful. Adam makes his pitch and then Nate is ready to choose and he goes with Adam. They hug it out and Adam says Nate has a lot of potential.

Adam has seven artists, Blake has eight, Christina has seven so far and Pharrell has eight. Next is Ryan Quinn who lives at home still so he can pursue being a musician and he teaches music classes to troubled children.

Ryan sings Blind Faith’s Can’t Find My Way Home. Christina turns almost immediately. He hits a high note and Pharrell and Adam turn together. They thought at first it was two people. Blake hears another big note and then he turns too.

Ryan got four chair turns and all the coaches are on their feet for him by the end. Adam says he’s going to fight hard to get him on his team. Christina says his voice needs to be heard world wide. He says he likes Sam Cook, Stevie Wonder, Jeff Buckley.

Christina pitches hard for him. Blake says his eyeballs would hang out of his head if he hit a note that high. They all make the pitches and then Ryan chooses Adam. Christina is bummed. Adam says the guy has a better range than even he does and calls his voice miraculous.

That leaves the guys with eight artists each and Christina with seven. Adam gloats in an old English accent over taking Ryan.