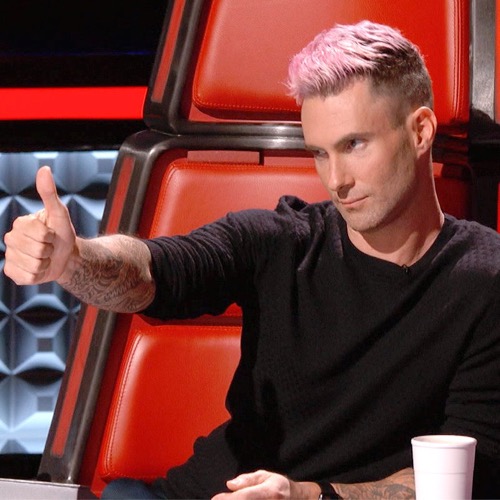 Tonight on NBC the Emmy award winning music competition The Voice continues with an all new Monday April 4, season 10 episode 11 called, “The Knockouts, Part 3,” and we have your weekly recap below. On tonight’s episode the knockout round continues with the artists selecting their own song to perform. Miley Cyrus serves as key adviser.

On the last episode, the “knockout rounds” continued with coaches Christina Aguilera, Adam Levine, Blake Shelton and Pharrell Williams’ strongest team members remaining from the battle rounds. The artists were paired against a teammate once more, but this time they each selected their own song to perform individually. Did you watch the last episode? If you missed it we have you covered with a full and detailed recap right here for you.

On tonight’s episode as per the NBC synopsis, “the “knockout rounds” continue with coaches Christina Aguilera, Adam Levine, Blake Shelton and Pharrell Williams’ strongest team members remaining from the battle rounds. The artists will be paired against a teammate once more, but this time they will each select their own song to perform individually, while their direct competitor watches and waits.

Music phenomenon Miley Cyrus will serve as a key adviser and be on hand to work with all of the coaches and their teams as they prepare the artists for this challenge. The coaches alone will choose the winner from their team to move on to the live shows and the artist not selected will be available to be stolen by another coach.”

Tonight’s season 10 episode 11 is going to be exciting. We’ll be blogging it right here for you. In the meantime hit up the comments section and tell us your thoughts on season 10 of The Voice so far.

On The Voice tonight – the contestants are going up against each other in the always entertaining battle rounds. Adam Levine and his team’s mentor Miley Cyrus are working with their singers – first up is Nate and Brian.

Tonight Brian Nhira will be singing “Grenade” by Bruno Mars, and Miley and Adam gave him some advice before the battle round. Adam wants Brian to focus on the first half of his song, the harmony. Adam and Miley gave him advice on his stage presence – Miley wants him to let loose more during the battle round. Nate Butler will be performing the song, “Let’s Stay Together” by Al Green. Miley gave Nate some tips on being more “sexy and swagged out.”

After their performances, the judges weigh in on what they thought of the two songs.

Blake Shelton: Brian came out here and poured gas on the stage and dumped a match on it. It was crazy. When you finished I was like this poor Nate guy, but then he was bad ass. You have this smoothness in your voice, and you even had some movies you were throwing in there.” Christina Aguilera: “Brian, your smile was so intense – I felt your heart breaking, it was great. And, Nate I didn’t know you had that much soul in you. You did a really nice job organizing all of those pieces and giving it a nice flow.”  Pharrell: “The whole entire time I was like, whats happening right now? Nate, because of all of the choices that you took you are soulful in your own way and I thought that was awesome. And, Brian your energy was on a 10, your voice was on a 10, your way to leave me in the dust was on a 10. It’s awesome to have a voice like yours on this show.”

Now, it’s time for Adam Levine to decide which one of the guys has won the battle round – and who will be going home. Adam announces that the person he “can’t survive without” is Brian Nhira, he is moving on in The Voice and Nate Butler is heading home.

Now, it’s time for members of Blake Shelton’s team to go head to head. After working at rehearsals, with Blake and Miley – Mary Sarah and Brittany are battling next. Mary is up first, and she performs “You Ain’t Gonna Take My Man.” Brittany Kennell follows her performance with a rendition of Shania Twain’s hit song “You’re Still The One.”

Now, it’s time to hear what The Voice coaches thought of the two girls’ performances.

Christina Aguilera: “I thought that was a well-matched pairing. Mary, I love that song, I couldn’t find a mistake in it and the way you delivered it and worked the stage – you earned it. Brittany, that was a beautiful job, but I think in the knock-out round I was looking for more of a punch.” Pharrell Williams: “Britt, for some reason I felt like that song was missing a note. With Mary Sarah, there was a lot of sass, sass is your thing and you’re good at that. I’d have to give this round to Mary Sarah.” Adam Levine: “Brittany, you are just great and it was suttle and different – it wasn’t what I expected, you did a lot to make it your own. But, I think you got a little over-powered by Sarah. I would give it to Sarah.”

Blake Shelton has a tough choice to make, after mulling over his decision, Blake announces that the winner is Mary Sarah and she is moving on to the live playoffs.

The next battle round for the night is from Team Christina – Bryan Bautista will be going head to head with Trey O’Dell. Christina and Miley spent hours helping out the aspiring pop singers. Bryan takes the stage first tonight and he sings “Sorry” by Justin Bieber. Trey follows up with the song “I Lived,” by One Republic.

After their performances, The Voice coaches weigh in and let Christina know which singer they would choose.

Pharrell Williams: “Bryan, you entertained and you brought it on all levels. At a certain time in the song I was like oh that is as high as he can go, and then you hit a high not that was super clean and way above that. You’re a good all around singer. Trey, your performance was good, but there were places that were technically impressive. I would have to give this one to Bryan.” Adam Levine: “Bryan, you have so many more tools in the shed than most people. It’s crazy, the range you have is insane. Trey, I heard some pitchy stuff – but being part of being a singer is being able to manage all of the nerves that you feel. Moving forward I would lean towards Bryan.” Blake Shelton: “Bryan had more experience, and when that song starts playing the girls all started freaking out, so you have that little confidence booster. I think as much as I want to throw Trey a bone, I think that Bryan took this one.”
Christina Aguilera mulls over Bryan and Trey for a moment – then she announces the winner of the knockout is Bryan Bautista, and Trey O’Dell is headed home.

The next battle round features Abby Celso and Caity Peters – from Pharrell Williams’ team. Abby is singing “Rich Girl” by Darryl Hall and John Oates, which Pharrell thinks is a strange choice – but he supports her in it. Caity battles Abby with her rendition of Sam Smith’s hit “Leave Your Lover.” After the girls sing – the coaches discuss who they think won the battle round.

Adam Levine: “Abby, the confidence and strength you perform with makes it hard for anyone not to notice. There could have been some dynamic shifts there. Caity, the smoothness and uniqueness at your lower register is really cool. You have a lot of different colors to your voice, and I’m in to that. I would have to say I would go with Caity.” Blake Shelton: “I’d agree with Adam that Caity has this cool lower register. I also think that Abby has a strong lower registry. I was like, wow listen to her down there in the bottoms.” Christina Aguilera: “You both are great singers. Yes, opposite in your deliveries. Abby you came out here very spunky and sassy and I was missing a few different textures and volumes from you. Caity, you had so much emotions. My favorite here was Caity.”

Pharrell Williams takes the coaches thoughts in to consideration, then he announces that he has decided to save Caity – and Abby is headed home.

Tonight’s next knockout singers hail from Team Adam – Jessica Crosbie and Laith Al-Saadi. Jessica Crosbie takes the stage and sings and sings “Wake Me Up” by Avicci. Laith Al-Saaddi takes the stage next and he sings “In Your Eyes” bye Peter Gabriel. After their performances, The Voice coaches weigh in and let Adam know who they think should move on to the next rounds.

Blake Shelton: “Jessica, I thought you sang it pretty good. Laith, your vocals were incredible – you just steamrolled right through that. I’d have to give it to Laith, I hope it helps you little buddy.” Pharrell Williams: “Laith, I think you did display a little range, but emotionally you didn’t hit the soaring heights we are used to. And Jessica, you have a beautiful voice and you showed more range – that is why personally I would go with you.” Christina Aguilera: “You both gave solid performances, and yeah Laith you are a super strong singer. We were just missing that magic here tonight.”

Adam Levine hems and haws, after careful consideration he announces that he is going to save Laith Al-Saadi, and Jessica Crosbie is eliminated. Adam now has his official locked five team members to head in to live shows.

The final knock-out round tonight is from Team Christina – Joe Maye and Kata Hay. Joe Maye performs “Earned It” by The Weeknd. Kata sings “Why Haven’t I Heard From You” by country music icon Reba MaCentire. The coaches weigh in, and tell Christina who they think she should save.

Pharrell WIliams: The way you turbo-boosted, you took it from one level to the next. But, I also can’t front on you Kata you were definitely fighting. Great job to both of you guys” Adam Levine: “This is the moment where all of us are seeing what people are made of – the big surprise for me is Kate. Today, I think we saw you absolutely destroy it – so I am going with Kata.” Blake Shelton: “Kata you personality fills the room and that is a gift. Joe, towards the middle of the song you turned it up and were down on your knees and filling the room. This was a knockout round for sure, I don’t know what you’re going to do Christina.”

After careful consideration, Christina announces that the winner of this knock-out round is Kata Hayes. That means that Joe Maye is headed home. But, at the last minute – Blake Shelton steals him, and recruits him to join his team.