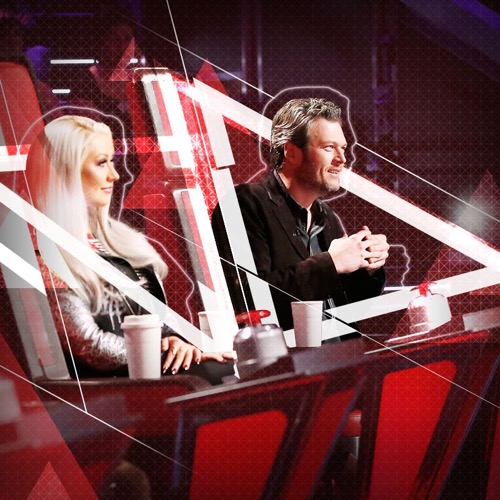 Tonight on NBC the Emmy award winning music competition The Voice continues with an all new Tuesday April 5, season 10 episode 12 called, “The Road to the Live Shows,” and we have your weekly recap below. On tonight’s episode we get a best-of look back at Season 10 which chronicles the journey of the Top 20. Included: previously unseen footage of the judges.

On the last episode, the “knockout rounds” continued with coaches Christina Aguilera, Adam Levine, Blake Shelton and Pharrell Williams’ strongest team members remaining from the battle rounds. Did you watch the last episode? If you missed it we have you covered with a full and detailed recap right here for you.

On tonight’s episode as per the NBC synopsis, “relive the best moments from the season so far during this original jam-packed special chronicling the journey of the Top 20 from the blind auditions to next week’s live playoffs.”

Tonight’s season 10 episode 12 is going to be exciting. We’ll be blogging it right here for you. In the meantime hit up the comments section and tell us your thoughts on season 10 of The Voice so far.

Tonight’s episode of The Voice gives fans an inside look at how The Voice coaches have built their stellar teams for this season. Team Blake is STRONG this season. Paxton Ingraham has been a frontrunner since this season kicked off. During his blind editions – Blake Shelton won over Paxton and recruited him to join his teach.

Going in to the knockout rounds, Paxton worked with Blake, Gwen Stefani, and Miley Cyrus – Blake was beyond proud of his team member. Another crucial member of Blake’s team this season will be Katie – Blake managed to steal her from Adam Levine during the knockout rounds, and she is going to be a force to be reckoned with this year. Nashville native Adam Wayfield is also a member of Blake Shelton’s team this year – and multi-talented musician and singer could take Blake really far in the competition.

During auditions, Mary Sarah got three chair turns – but in the end chose Blake Shelton, she needed a country music singer to help her perfect her coach. Last night, during the knockout rounds, Blake also stole Joe Maye from Christina’s team. This is Joe’s second attempt on The Voice – he lost to Kata Haye during the knockout rounds, but Blake Shelton stole him ad added him to his already stacked team.

Up next is Team Pharrell Williams, this season he has an all-girl team, and he jokes he is down with the girl power. College student Caity Peters turned all four chairs during the blind auditions – but she chose to be on Pharrell’s team. Caity’s voice is unique – and low for a girl, but with Miley Cyrus’s advice, she used it to her advantage and as victorious in her battle round.

Another crucial member of Pharrell’s team is pre-school teacher Hannah Houston. The advisors, Miley and P-Diddy have been working with Hannah to help her cut loose and stop being so “sweet” on stage. Indie pop singer Moshumi put medical school on hold to pursue a singing career – and Pharrell is happy she did, he thinks there is no one else like her on the show, or even on the music charts right now.

Lacy Mandigo just graduated high-school, she kicked off her journey on The Voice on Christina’s team. Then Blake Shelton stole her during the battle round. However, in the knockout rounds, Pharrell managed to steal her. Singer/songwriter Emily wowed Pharrell with her Joni Mitchell renditions, and he knew he had to get her on his team since the auditions.

Adam Levine’s team on this season of the voice appears to be pretty stacked as well. Blake Shelton even confessed that he is getting a little worried about Adam’s team. Bryan Nihira has strong African roots – and he hopes to teach the kids in Africa that they too can pursue their dreams Caroline impressed Blake and Adam at the blind auditions, but she left Blake hanging high and dry and chose to join Adam’s team.

Laith Al-Saadi has devoted himself to music for his entire life – and he has made a lot of sacrifices to do so, he plans on singing his heart out for Adam Levine’s team. 25 year old folk rocker Owen Danoff wowed all four coaches at the auditions and got them all to turn the chairs – but in the end he chose to join Adam Levine’s team.

The final member of Adam Levine’s team is 15 year old Shalyah, she may be young – but her voice is huge. She originally was a member of Team Christina, but Adam managed to steal her during the battle rounds after Pharrell had already stolen her.

Team Christina is stacked this season, and very diverse. Brooklyn native Bryan Bautista got sent home during Season 9, and decided to come back and give it another shot And, Christina managed to nab him during auditions – despite the fact that Blake Shelton was gunning for Bryan to join his team.

Kata Hay is a fan favorite, her energetic performances impressed all of the coaches – but after a kiss from Christina, she joined her team.

Tamar Davis wowed Christina Aguilera during her blind audition and performance of an Aretha Franklin hit. Tamar is older than most of the competitors, at 35 years old, but she is eager to learn from her coach and continue to grow as a singer.

Ryan Quinn has been on Christina’s radar since his audition – and she managed to steal him from Adam Levine during knockouts. The final member of Christina’s team is former child star Allison Porter – and Christina has been connecting with her since day one.

So, there you have it, the four teams going in to the live playoffs next week Christina, Adam, Blake, and Pharrell have their work cut out for them.